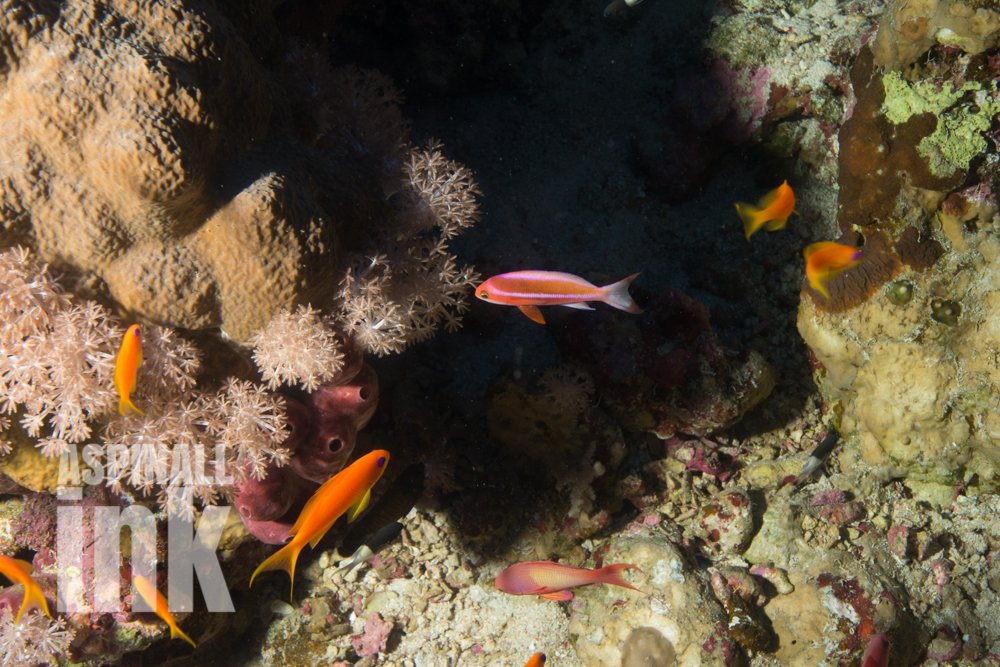 I just spent a week in and around the Red Sea, mainly photographing sharks, but in between the oceanic white tips and threshers, I managed to get some shots of smaller, more colorful beasts. Here’s the first, Pseudanthias taeniatus. 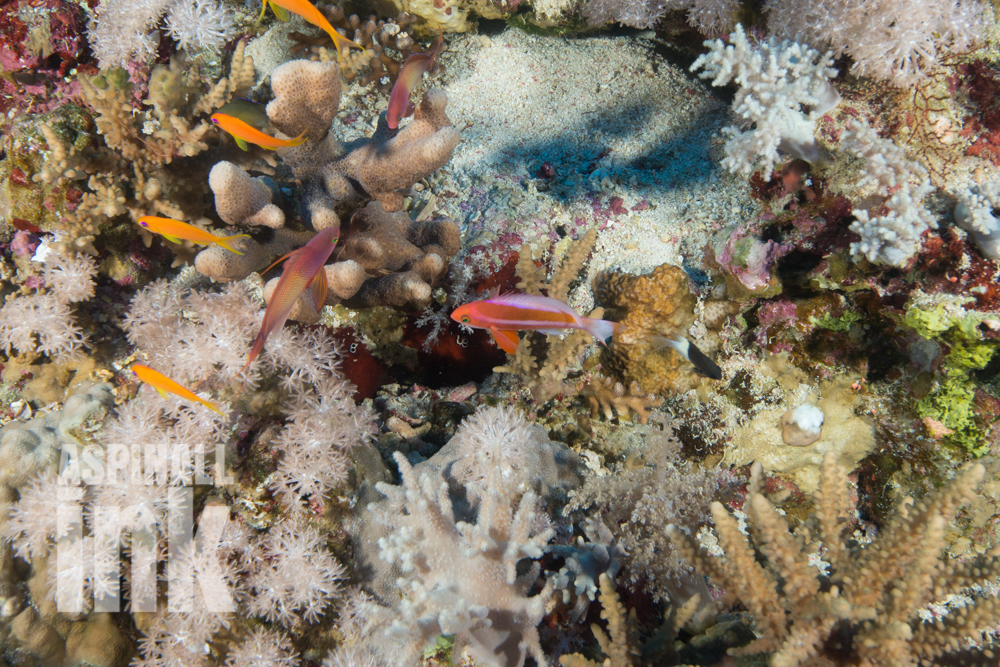 I’ve had little success photographing these fish, usually due to plain bad luck and deciding to leave my camera on deck. In my experience these fish live a little deeper than the ubiquitous squammie (below twenty meters or so) and are not found on every reef. They prefer seaward reefs down to fifty meters and are often found in areas of high current, as to why some suitable reefs don’t support them…I simply don’t know.

They will swim with P. squamipinnis and oftentimes, the females of both species can be hard to tell apart at first glance.  Males will hold slightly larger harems than those of their relatives (generally 8-15 females).

Displaying males can alter their coloration slightly, with the blue and white portions of their stripes becoming more pronounced. In these pictures you can see the male fish with male and female squammies.

I’ve yet to see the similar P. townsendi, which replaces P. taeniatus in the Arabian Gulf and Gulf of Aden.