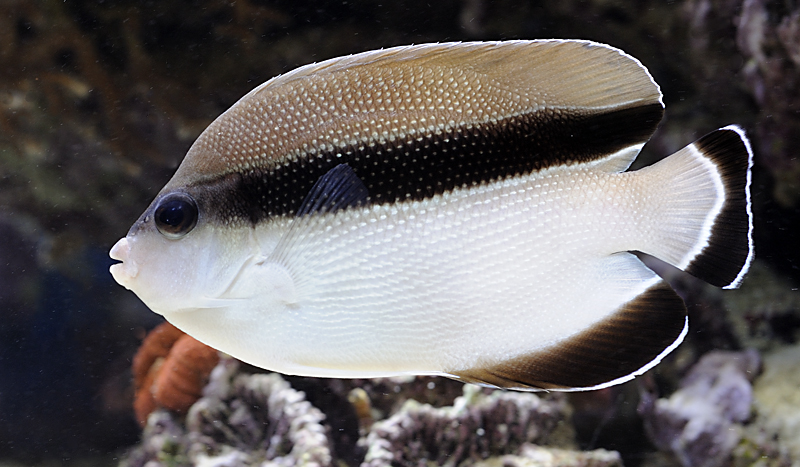 The Bandit Angel is a prized beauty from Hawaii. According to most experts, these fish should be housed at temperatures between 72-74F, with 75F being the high range of acceptable temperature, for long term success. Some even run their tanks cooler than this. The general statements basically imply that keeping them in higher temperatures causes them to waste away due to the higher temperatures increasing metabolism. I absolutely love these fish and I really wanted to keep a pair of these fish. But at the same time was not willing to run my tank at such low temperatures especially since the tank houses a large number of SPS corals. Running a 500G SPS coral tank at these lower temperatures would necessitate running a chiller for most of the day. With the metal halides and other pumps running, the tank normally get to 80F easily in the summer months and even in winter the normal tank temperatures hover around 78F. Dropping the temperatures 5-10F would drastically increase the running expenses of the tank. About 27 months ago an opportunity to purchase a pair of these fish from liveaquaria.com presented itself. I just could not pass it up. A medium size pair from liveaquria, guaranteed for 2 weeks and feeding well was just too hard to pass up. Fortunately, I had access to the 500G aquarium at Penn State University that I have been involved in maintaining since its inception 12 years ago. This would be the perfect aquarium for these fish. It would be easier to chill this tank since it was hooked up to the cold water system for the building via a heat exchanger and is not cost prohibitive to maintain at lower temperatures. I still did not want to risk the corals in the tank and felt that 75 and below would be too cold for the SPS corals (although there have been enough evidence of coral reef aquariums doing well at these temperatures). I settled for setting the temperature at 75F during the winter months when we first got the fish, and would gradually raise it to 77-78 during summer, while keeping an eye on the fish. A healthy pair was delivered to us from Liveaquara.com and very quickly settled into the tank and were eating from day 1. Within the first couple of months, I noticed several coral deaths and coral tissue recession that I correctly or incorrectly attributed to the lower temperatures. Not willing to risk losing the coral I raised the temperatures to 77-78 degrees. I was warned by several of my friends that I would be killing the bandit angels. A year later when I mentioned to the same friends that the pair of fish were still alive and healthy, I was told it was too soon to pass any judgment. Well, its now 27 months later these fish are currently in temperature ranges of 77-79F, with occasional bouts where the temperatures have reached over 83 several times for a week at a stretch. The fish seem healthy and happy. 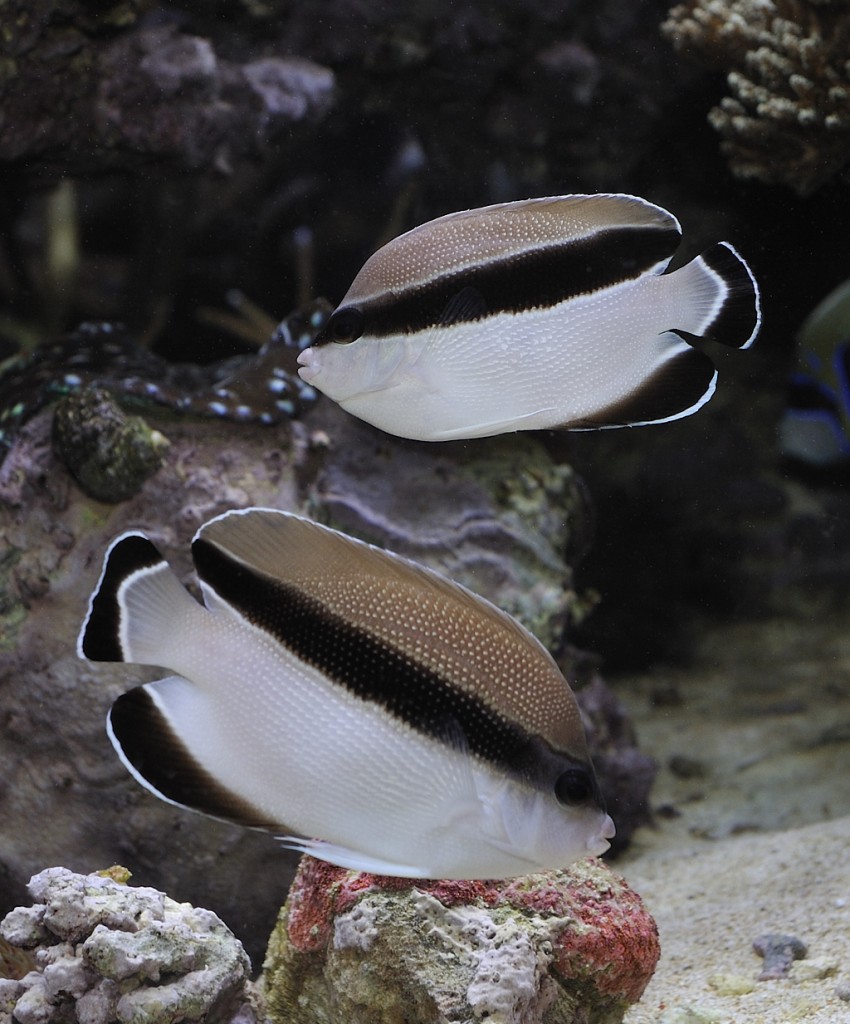 Is this just a fluke ? Did I push the boundaries or did I just push my luck ? Or can fish be gradually adapted to live and thrive in higher than recommended temperatures. ? At what point will the effect of high temperatures become visible, if at all. ? How much will it shorten the life of the fish, in comparison to what it might live in the wild ? Can the potential increase in metabolism be countered with increased feeding? These are questions that we do not have easy answers to. Hopefully this experiment will shed some light on the answers. I do know for sure, that when these fish do die 10-15 years from now my friends will still say that I shortened the life of the fish by keeping it at such high temperatures.