Yesterday we discussed a sensational new species of anthias that has been turning up regularly in Micronesia— a member of a widespread Indo, Pacific species group that is only seldom seen in the aquarium trade. Unfortunately, despite their obvious aesthetic appeal, this species group is particularly poorly studied at the present time, and there has been almost nothing written about how to reliably distinguish between the various geographically discrete populations. So let’s take a minute to briefly summarize what is known and learn how to actually identify some of the most gorgeous anthias on the planet. 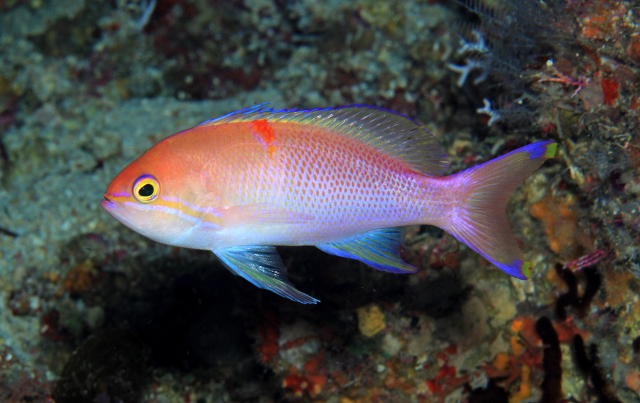 P. charleneae, from Sulawesi. The red marking rarely intrudes into the dorsal fin and it is typically rather small relative to P. lunulatus. Credit: Gerry Allen

In the Coral Triangle we find Pseudanthias charleneae (often misspelled as P. charlenae), a species that was only described in 2007 and which has been sporadically collected for the aquarium trade throughout its range. It appears to differ from the other Pacific Ocean species in lacking any red in its dorsal fin, a trait that it shares with P. lunulatus of the Indian Ocean. Unfortunately, when Allen & Erdmann described P. charleneae, they made no reference to this striking similarity, and thus there is no way to be sure how these two might differ, if at all. 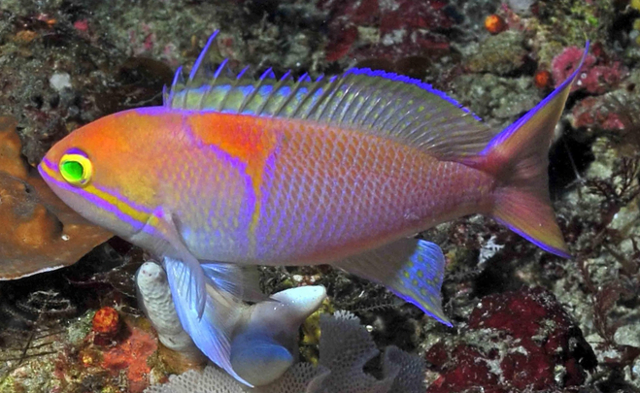 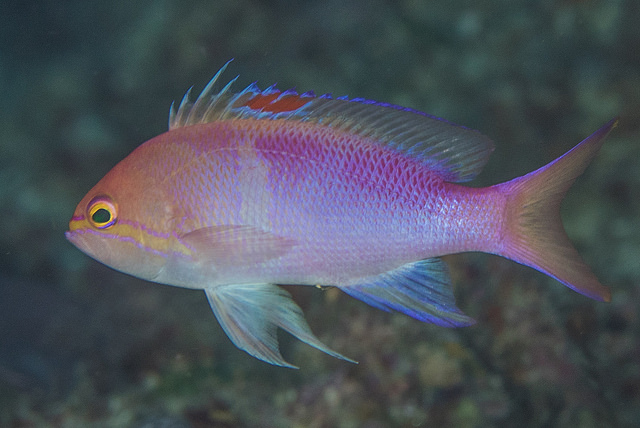 P. carlsoni, from Fiji… which may or may not be synonymous with P. engelhardi. Credit: Mark Rosenstein

Things are equally uncertain with regards to specimens found along the Great Barrier Reef and east through Melanesia. Psuedanthias engelhardi was described in 1982 based on Australian specimens that lacked a red spot in the dorsal fin, and in 2000 Randall & Pyle described P. carlsoni from Fiji due to the presence of a prominent red spot. 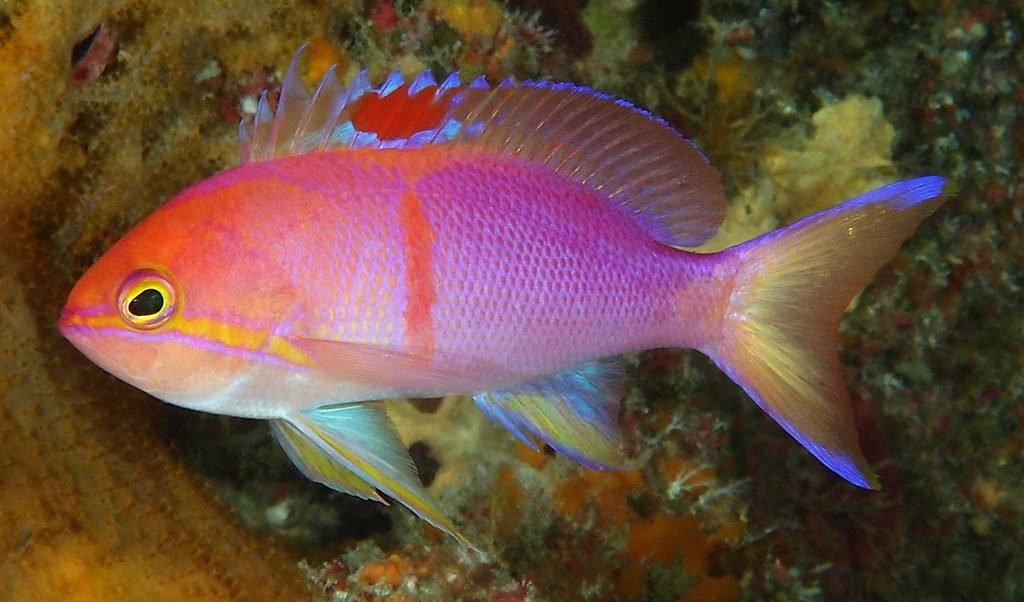 These authors also noted similar specimens from nearby reefs at New Guinea, New Caledonia and the Solomon Islands, but these differed slightly in the number of gill rakers present. It’s likely that more study is needed to accurately understand what is going on here. While most authors now treat these two taxa as a single widespread species in the South Pacific, it is probably more likely that there is a genetically distinct species present at Fiji, Tonga and Samoa (i.e. P. carlsoni). 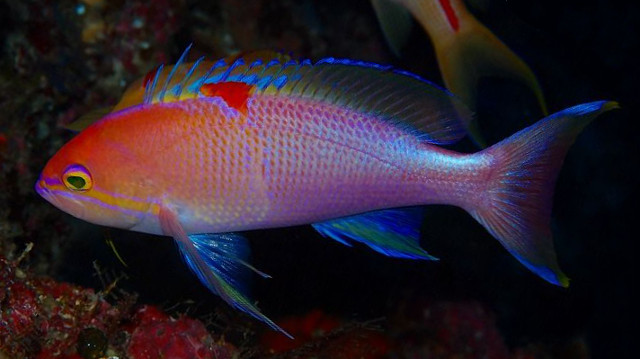 Finally, there is another undescribed species present in Japan (and probably south into the Northern Philippines). This fish is only subtly different from P. charleneae, with the most reliable distinction being that the red spot is placed in an intermediate location such that both the dorsal fin and the body are partially marked. Despite being unknown to science, this fish is well known to local divers in the region and is perhaps the most well-documented member of the group. It has been referred to as the Single Bar Anthias, though this is a less than ideal name given how uninformative this trait is for the group as a whole. 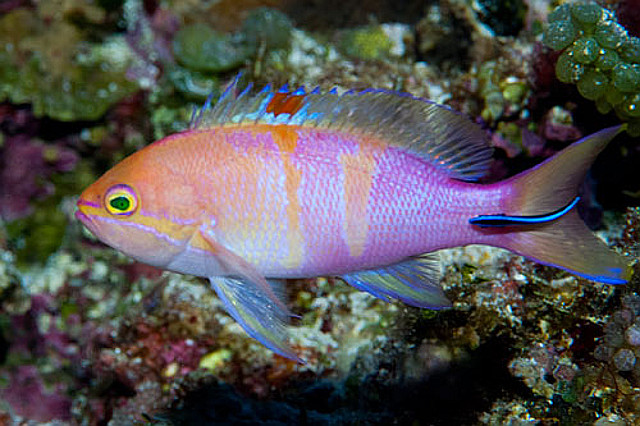 In total, we have five geographically separate species (possibly six, if we distinguish the Fijian population as P. carlsoni) that can reliably be separated by their color patterns. This is similar to the situation for many widespread groups of anthias, such as the ubiquitous Lyretail Anthias, which I’ll be detailing in a future article. But perhaps the most intriguing detail of this anthias story is the apparent absence of this species group from Polynesia. This begs the question: are they truly absent from Polynesia, or are they just awaiting discovery there?