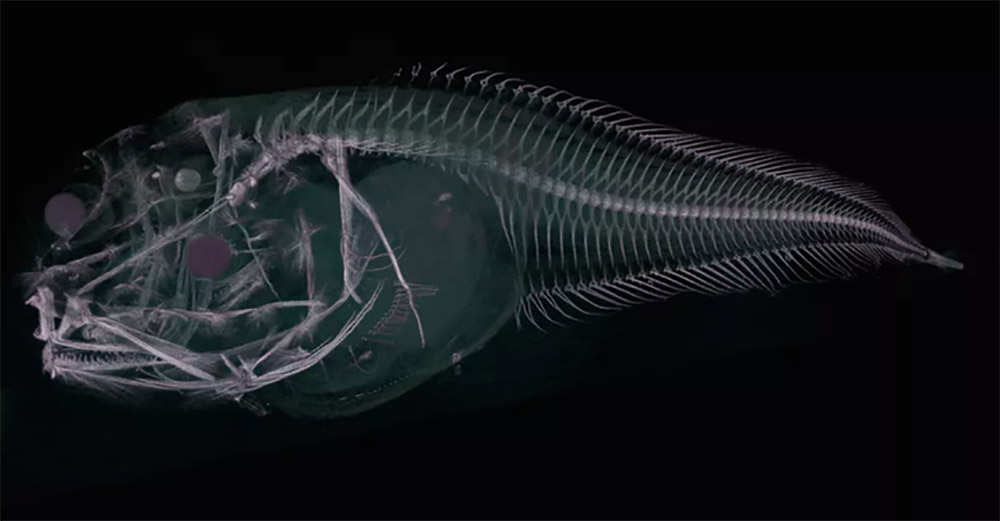 The Atacama Trench is one of the deepest places on earth. An international team has discovered and captured video of possibly three new species of snailfish according to a press release from Newcastle University.

Temporarily named ‘the pink, the blue and the purple Atacama Snailfish’, the footage shows the fish feeding and interacting in their secret world 7,500 meters below the surface.

“There is something about the snailfish (fish of the family Liparidae) that allows them to adapt to living very deep. Beyond the reach of other fish they are free of competitors and predators.

“As the footage clearly shows, there are lots of invertebrate prey down there and the snailfish are the top predator, they seem to be quite active and look very well-fed.

“Their gelatinous structure means they are perfectly adapted to living at extreme pressure and in fact the hardest structures in their bodies are the bones in their inner ear which give them balance and their teeth. Without the extreme pressure and cold to support their bodies they are extremely fragile and melt rapidly when brought to the surface.”

The team used what they call ‘lander’s systems’, capable of surviving at 11km down and rigged with cameras and traps to sample marine life and take scientific readings. The landers are not crewed.

More than 100 hours of video and 11,468 photographs were taken at the seabed.

As well as the snailfish, the team also filmed some astonishingly rare footage of long-legged isopods, known as Munnopsids, which are about the size of an adult hand.

These crustaceans have small bodies, extraordinarily long legs and swim backwards and upside down, propelling themselves with paddles on their ventral side — their ‘tummies’ — before righting themselves on the seafloor and spreading their long walking legs out like a spider.
“We don’t know what species of munnopsid these are but it’s incredible to have caught them in action in their natural habitat — especially the flip they do as they switch from swimming to walking mode,” says Dr Linley.