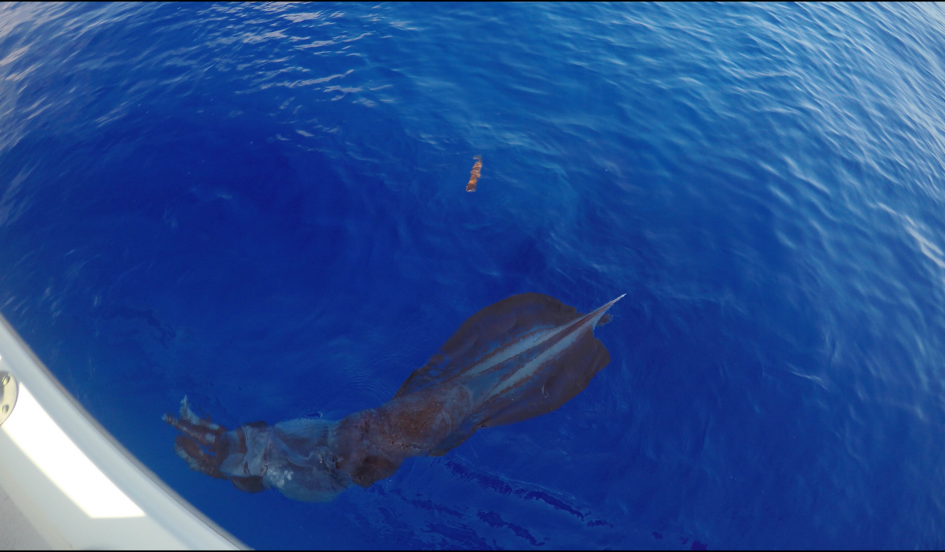 A fishing charter of the coast of Hawaii encountered a rare find this week: a 7 foot squid. The squid was already dead, floating on the top of the water when the crew found it. The captain of the boat said they were fishing in very deep waters when they encountered the squid. “It was a fishing charter and we had just released a blue marlin. We were just getting the line set back out and my guest actually said, ‘Hey, what is that floating over there?’ We got closer to investigate…as we got close I realized it was a giant squid. It was already on the surface. In Hawaii, we have extremely clear water. We could see his entire body,” explains boat captain Cyrus Widhalm.Although Widhalm has been a captain for over ten years, he says this is the first time he has ever seen such a sight. He called a local marine biologist, who told the crew to check and make sure it was deceased. Once confirmed, the crew brought it on to the boat. The squid weighed in at over 53 pounds. It was then transported to land so it could be taken to Washington State for researchers to learn as much as they can from this rare find. MORE