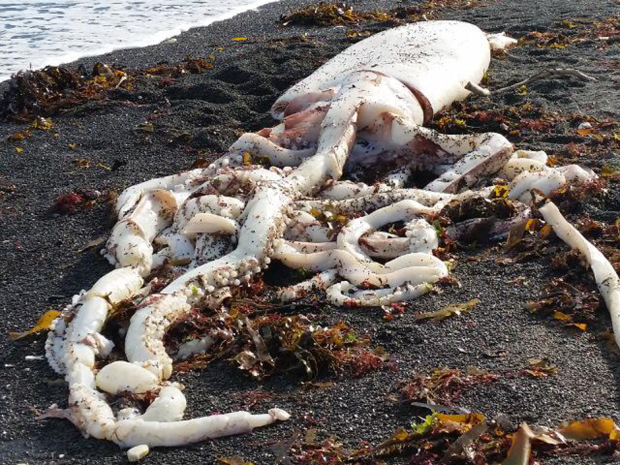 A giant squid was found washed up on a beach in New Zealand. The Kaikoura Marine Centre and Aquarium has frozen the giant squid and placed it on display at the aquarium. Giant squid are a rare deep sea species which are rarely glimpsed in their natural habitat, often times not until they are found washed up on beaches. This opportunity to study the deceased squid gives aquariums and scientists an opportunity to study these mysterious deep sea creatures. It wasn’t even until 2004 that these large creatures were caught on video by Japanese researchers, so there is a lot more to learn about these fascinating creatures. MORE