A shrimp fisherman pulled in an unusual catch on April 19, while netting in 2000 feet of water, off the coast of Key West. When the net was pulled up, inside along with the shrimp, was an 18 ft (estimated length by fisherman Carl Moore) Goblin Shark.  Although the shark was caught on April 19, 2014 it wasn’t reported to the National Oceanic and Atmospheric Administration until May 2, 2014. The report comes as great news to the scientific community, as very little is known about these sharks. 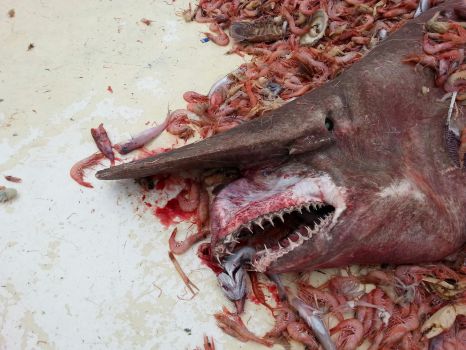 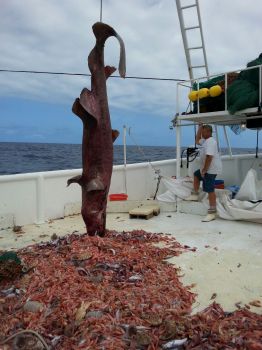 Goblin Shark’s are extremely rare. The last one caught in the Gulf of Mexico was over 10 years ago. The fisherman, Carl Moore, said in interview with the Houston Chronicle, that “I didn’t even know what it was”. Moore said that he took photos of the shark, then let it go quickly, while noting that ” I didn’t get the tape measure out because that thing’s got some wicked teeth, they could do some damage.” MORE