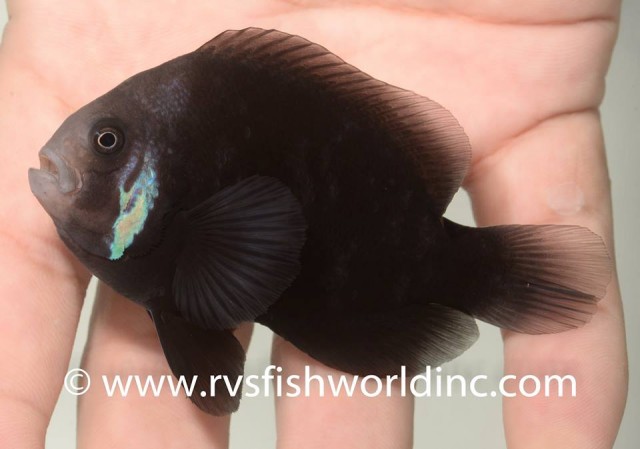 This melanistic Tomato Anemonefish (Amphiprion frenatus) was found at Surigao, a region at the northern tip of Mindanao, near the Visayan Islands of the Central Philippines. Barnett Shutman of RVS Fishworld reports that this is the first melanistic specimen he has come across in his 35 years in the fish business, and in my own examination into this genus I have seen just a single comparable example for A. frenatus, observed in the Yaeyama Islands of the Ryukyu Arc.

This variation looks remarkably like the famed A. mccullochi of the Lord Howe Islands, itseld black and with a single white stripe. Interestingly, that species was initially grouped among the tomato clownfishes by Amphiprion authority Dr. Gerry Allen, though recent genetic studies have increasingly argued against such a relationship, placing it alongside Australia’s A. akindynos. 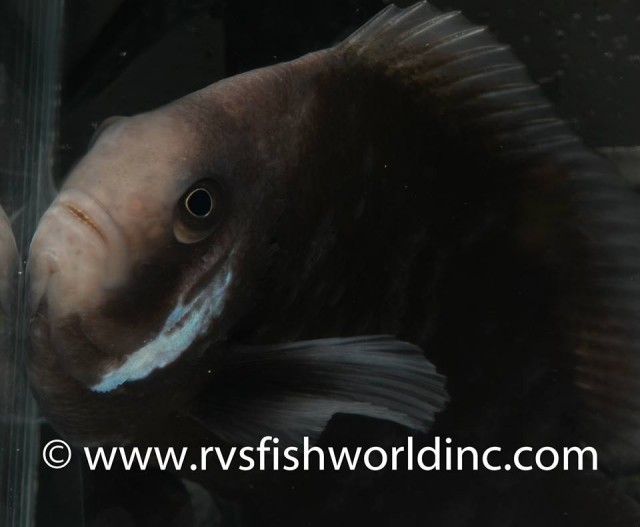 Given the success aquarists have had propagating rare clownfish variations, it’s worth asking the question of whether there is demand for a black tomato clownfish, a faux-mccullochi. It would be great to see this one-of-a-kind specimen find its way into the hands of a clownfish breeder, as I can’t help but feel its inky blackness is a small improvement over the decidedly drab appearance of a typical Tomato Clownfish. 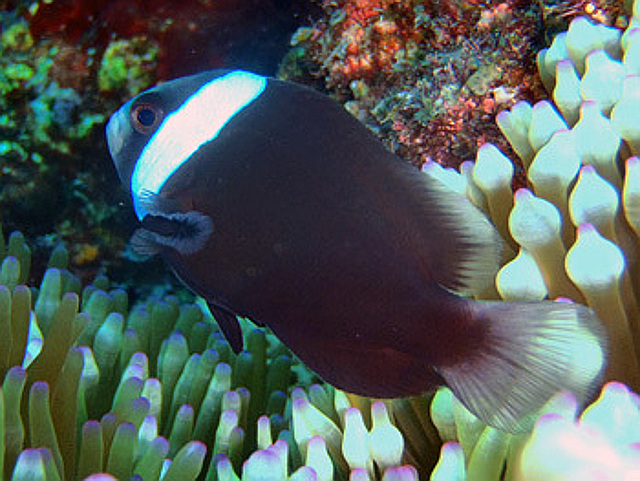 Update: thanks to Yuri Barros and Matt Pedersen for pointing out that this phenotype has appeared in captive bred specimens. A single specimen has also previously been collected by ibluewater. And here is an additional melanistic specimen form Ishigaki, possibly the same individual as the fish shown above. In total, a handful of specimens are now documented of this unusual morph. 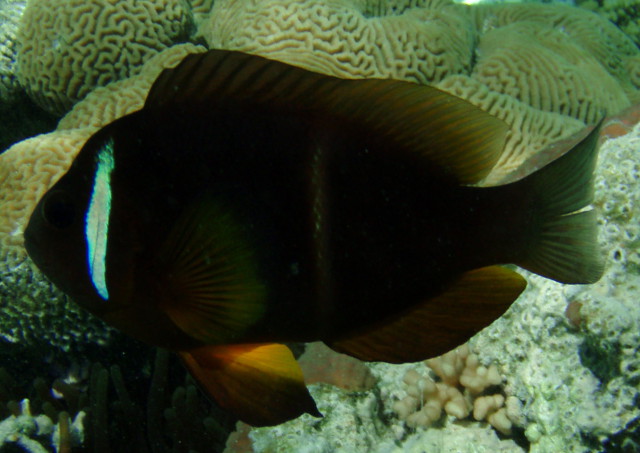 A rare example of a melanistic A. bicinctus, from Aqaba. Credit: Micheal Pur