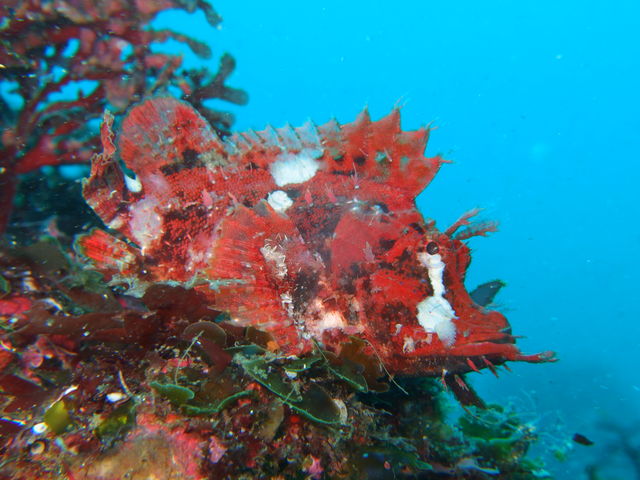 Some of the most colorful and charismatic fishes encountered in aquariums can be found in the scorpionfish genus Rhinopias. These well-camouflaged ambush predators seem to go through life with a carefree outlook and an awkward, lumbering gait. These are not your typical “reef fish”, as they generally occur in weedy or silty sites far removed from the fields of Acropora.

Three species are commonly collected for aquarists, though I use the word “common” loosely here. These are often quite expensive and are genuinely rare fish, even in the wild. There is definitely a case to be made that these belong in the ocean and not in an aquarium. Additionally, many specimens seem to perish from undetermined causes within months of collection, even when fed to satiation regularly. As fascinating as these fishes are, I wouldn’t highly recommend them as aquarium inhabitants.

Of the three species that do make it into aquariums, R. aphanes is endemic to the Coral Sea and surrounding waters. Rhinopias eschmeyeri and R. frondosa have the largest range in the genus, extending through much of the Indian Ocean, Indonesia, Australia and north to Japan. These two are often found in mixed pairs, and, given the sympatric range, there is a strong reason to suspect this may in fact be a single heteromorphic taxon. There are other species in this genus which are mostly unknown to aquarists, many of which are poorly understood by ichthyologists… 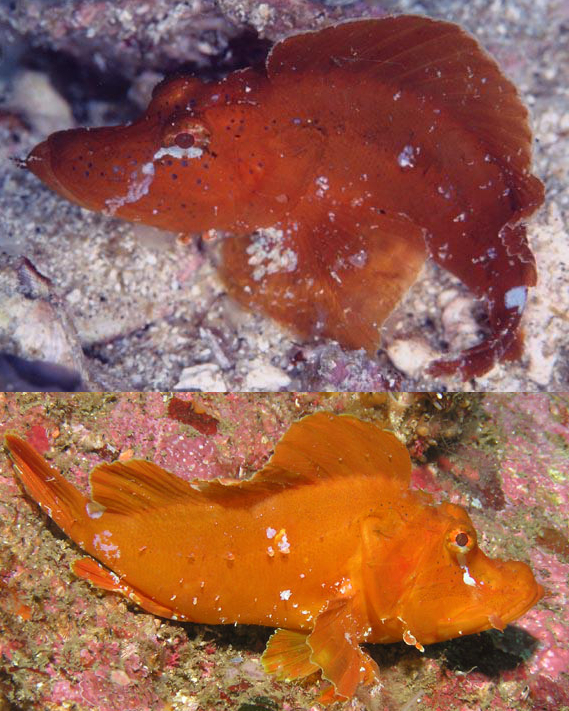 Known mostly from Kashiwajima and the Kii Peninsula of Japan at depths of 17-50m, this species is best recognized by the unmottled red coloration, the white marking beneath the eye resembling an exclamation point, and the relatively short height of the spiny dorsal fin. There are relatively few skin ornamentations in argoliba, making it one of the smoothest species in the genus. The lower jaw is often completely devoid of any skin flaps or has, at most, a single small pair. 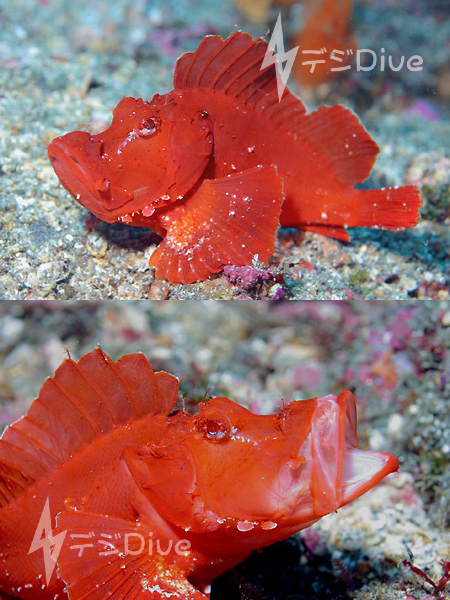 The species description was based on a single specimen collected in January, 1971 and brought to the Enoshima Aquarium. It lived there until it died of unknown causes in May of that year. The scientific name derives from the Greek for “white tear”, in reference to the lachrymose pattern beneath the eye. 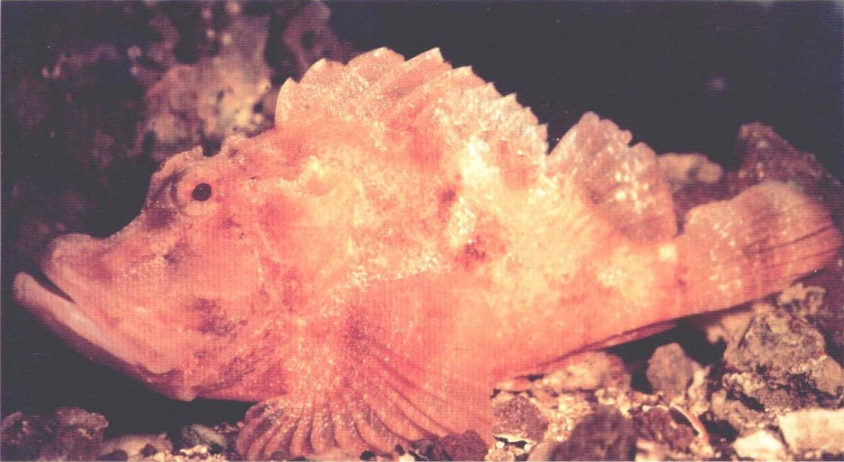 Probably the only photo of a living specimen, the holotype, which was kept in an aquarium. Credit: Louis H. DiSalvo

Little is known of this species, though it appears to be a close relative of the geographically distant R. argoliba. Both share a low dorsal fin height and relatively unornamented skin. They differ in the much higher scale count of argoliba (80 versus 56), though this is based on only a single individual for each species. R. cea also differs in coloration, lacking the white marking beneath the eye and having a more mottled coloration. This species could conceivably occur in the depths of Tahiti and the Cook Islands, both regions where deepwater fishes have been exported for the aquarium industry.