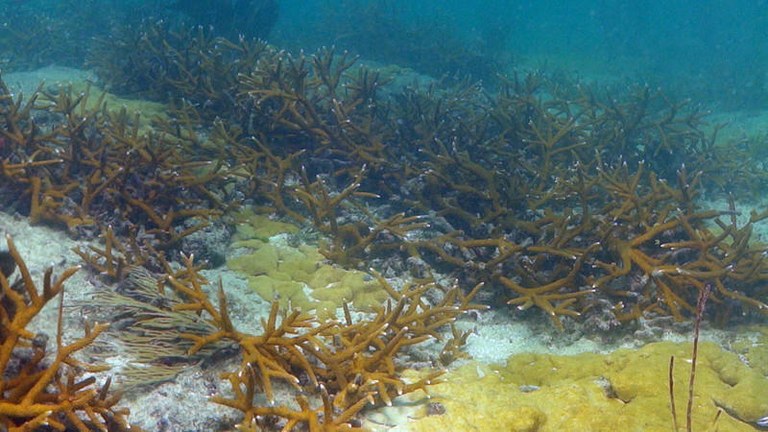 
The discovery was found just off the coast of the northern Miami-Dade to northern Broward counties in Florida and is being heralded as a boon for scientists as they believed the Staghorn coral were on the decline in Florida waters, primarly due to disease.  The large assemblies of coral were found using aerial surveys and dives.  Many of the areas lie far from shore, but some are closer making it possible to access by divers.

“This was an unexpected result of a project that was intended to improve our knowledge of the types and locations of near-shore reef habitats in southeast Florida,” said Brian Walker, research scientist at Nova’s National Coral Reef Institute, who conducted the study. …

SunSentinal carried the story recently on the local news: