A particularly obscure and uncommon Caribbean fish popped up last night on LiveAquaria. Evocatively known as the Pugjaw Wormfish, this cryptic and well-camouflaged fellow may not get the average aquarist’s heart a-racing, but it’s a fascinating species in its own right and one worthy of a bit of fanfare. 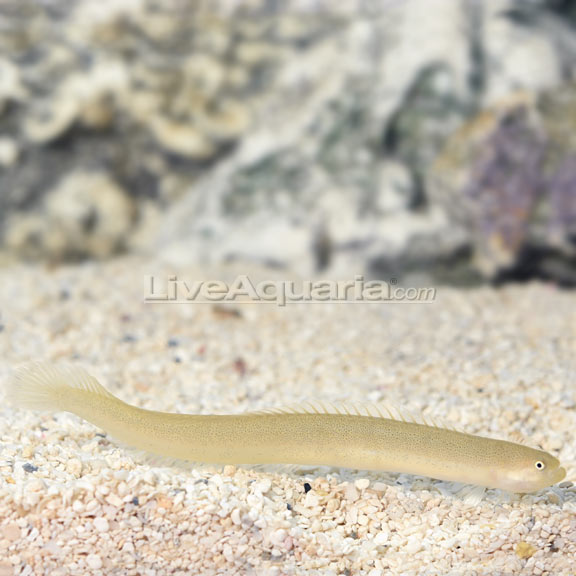 This fish was first collected for the aquarium trade a few years back by Dynasty Marine, who had unexpectedly scooped one up alongside some Yellowhead Jawfish (Opistognathus aurifrons). Since this species isn’t featured in any field guides, it was a bit of a mystery as to what they had found, so they offered their specimen free of charge to anyone who could identify it. With only a blurry photograph to work from, I accepted the challenge and spent the better part of an evening pouring through the scientific literature until I stumbled upon the little-known Cerdale floridana. Alas, I never got my wormfish, but I did gain a greater appreciation for this obscure species. 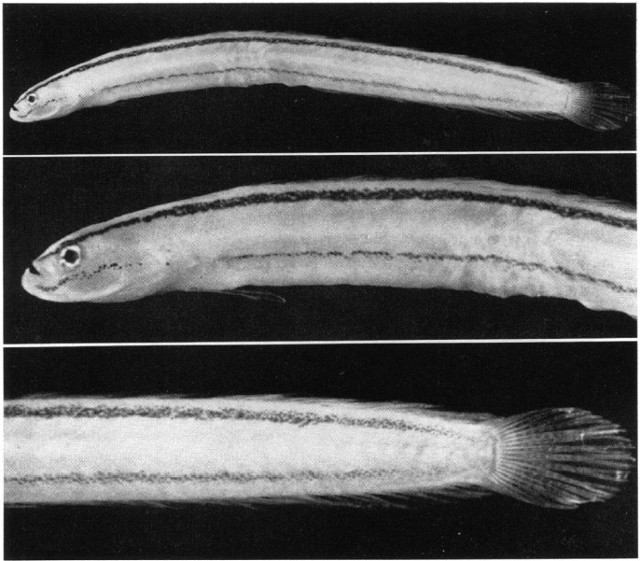 Measuring around three inches in length, it’s not hard to see how this pint-sized piscine might be a bit challenging to spot in its natural habitat. Though rarely seen alive by divers, this fish is not uncommon within the coastal habitats it favors, and it’s been reported from a broad swath of the Caribbean. Further south, the closely related and beautifully adorned C. fasciata can be found in the shallow tropical waters of Brazil, and, in the Eastern Pacific, we find another close relative, C. ionthas, reported from rocky shores and tidepools. A couple additional species round out the genus: C. prolata, known from a muddy estuary in Panama, and C. paludicola, which frolics among mangroves swamps in the East Pacific. 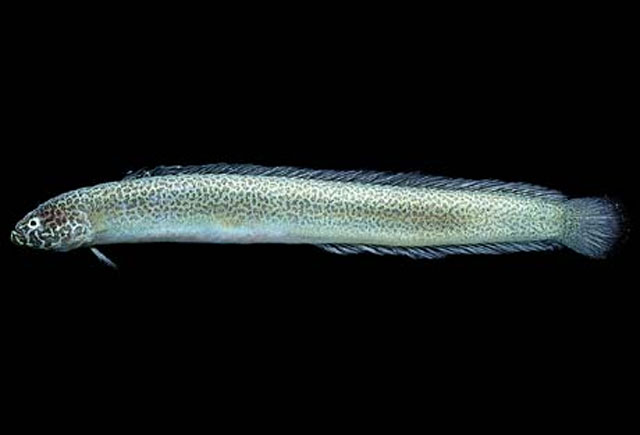 Little is known concerning the biology or ecology of C. floridana. Like other microdesmines, it is typically seen hovering in close proximity to a burrow, swimming in an undulating, serpentine fashion, and on multiple occasions specimens have been observed peacefully cohabiting the burrows of the Yellowhead Jawfish. This is presumably a facultative relationship rather than a true obligate symbiosis, and the intrepid aquarist might easily recreate this in a small reef tank. 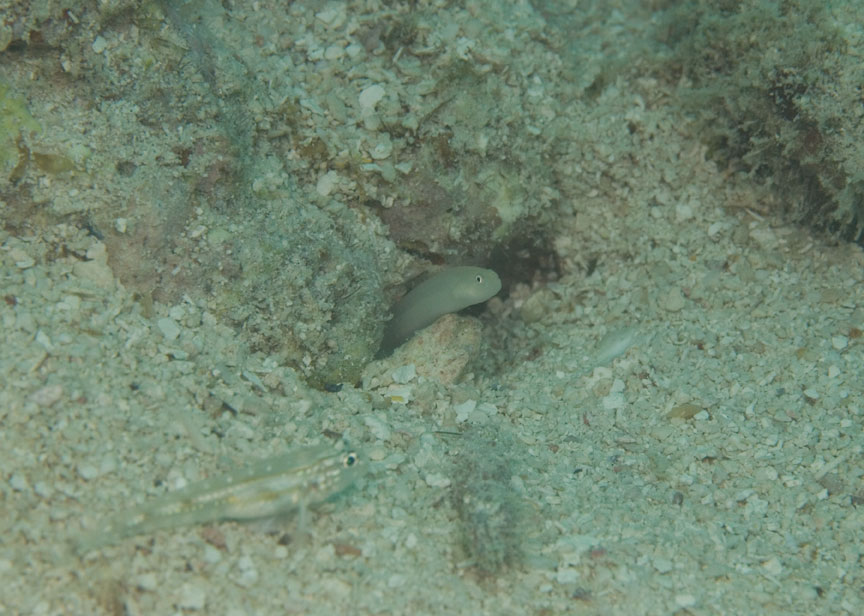 Examined specimens have been found with their guts full of crustacean eggs, and it’s been suggested (Thacker, 2000) that wormfishes are specialists in this diet, though other sources (Allen & Erdmann 2012) state that the group feeds on a catholic diet of benthic and pelagic invertebrates. Whatever the case, a mix of frozen foods, perhaps with a bit of fish eggs for garnish, should keep the Pugjaw Wormfish content in an aquarium setting. Nothing concerning the reproductive habits of C. floridana is documented, but other wormfishes are frequently observed living in pairs and deposit benthic eggs within their burrows. Like the closely related dartfishes, as well as most other gobioids, these fishes are capable of changing their sex when needed, so any two specimens put together should, in time, develop into a breeding pair. 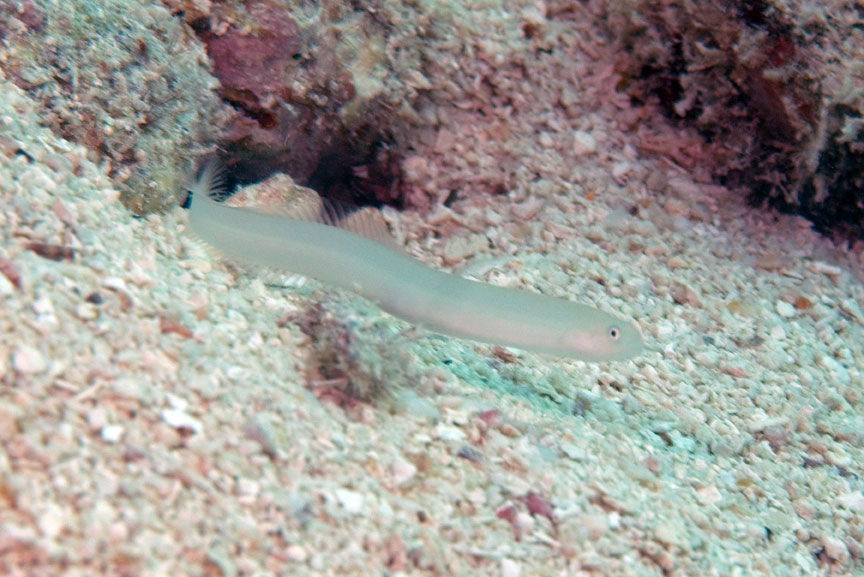 The undulating movements of the Pugjaw Wormfish is rarely witnessed. Credit: Rob McCall

Microdesmines are rather skittish fishes—in fact, the name “Cerdale” is said to derive from the Greek kerdoo, meaning “the wary one” or “wily, like a fox”—so it’s wise to avoid adding these retiring fishes into a rambunctious aquarium full of active species. The ideal setup for the Pugjaw Wormfish would be a small tank replicating the sandy Caribbean waters it calls home, perhaps with a Yellowhead Jawfish and some of the smaller gobies from the region as tankmates. Though it may not be the most colorful fish in the sea, C. floridana is a rare and unusual find that deserves to be properly highlighted in an aquarium. There probably aren’t more than a handful of these in captivity at the moment, and LiveAquaria’s specimen can still be had for a very affordable price.