Its a Ray of Light, No It’s Superman 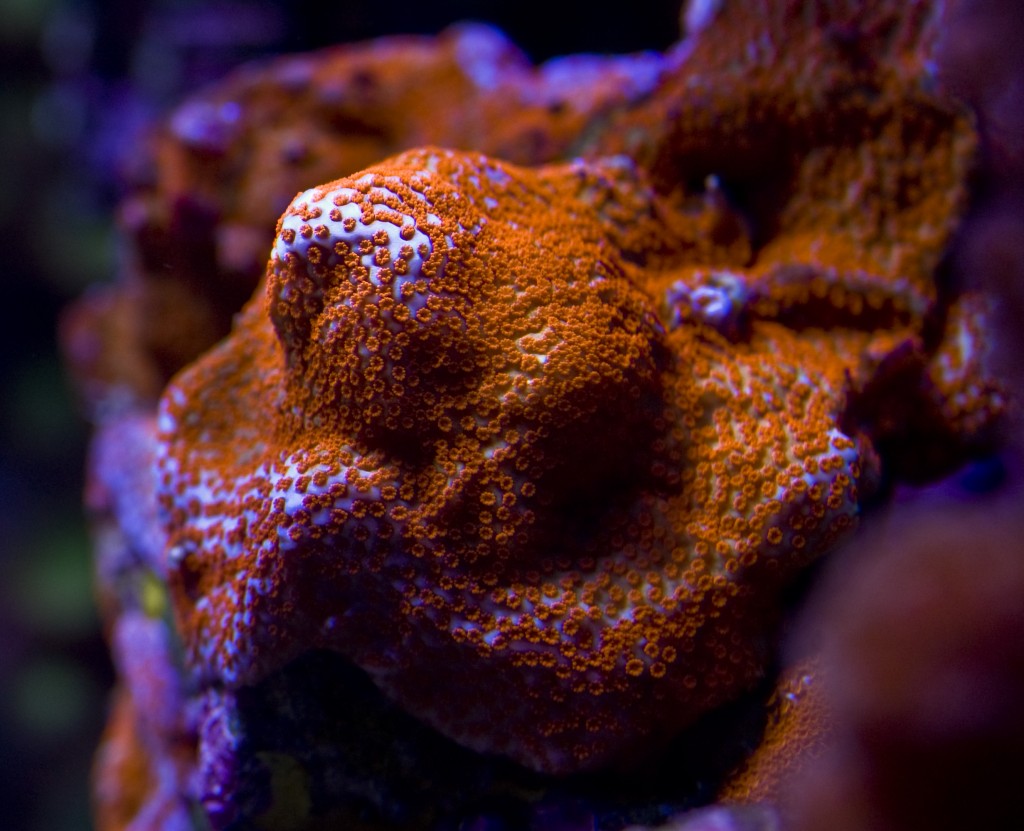 This montipora  has gained almost as much notoriety as the legendary superman himself.  The striking red polyps against the bright blue skin catches the eye, but its ability to retain color and the distinct encrusting formation sets it apart.  The fact that it is very hardy and a coral that has been successfully propagated for more then a decade just adds icing to the cake.  The encrusting stoney corals have a place in any reef aquarium and can easily thrive in the lower light areas and those less then optimal for other stoney reef building corals.  The original seed fragment was acquired from John Coppolino and grown out over time into many beautiful colonies.  A true beauty in the montipora family with great lineage and terrific survivability.