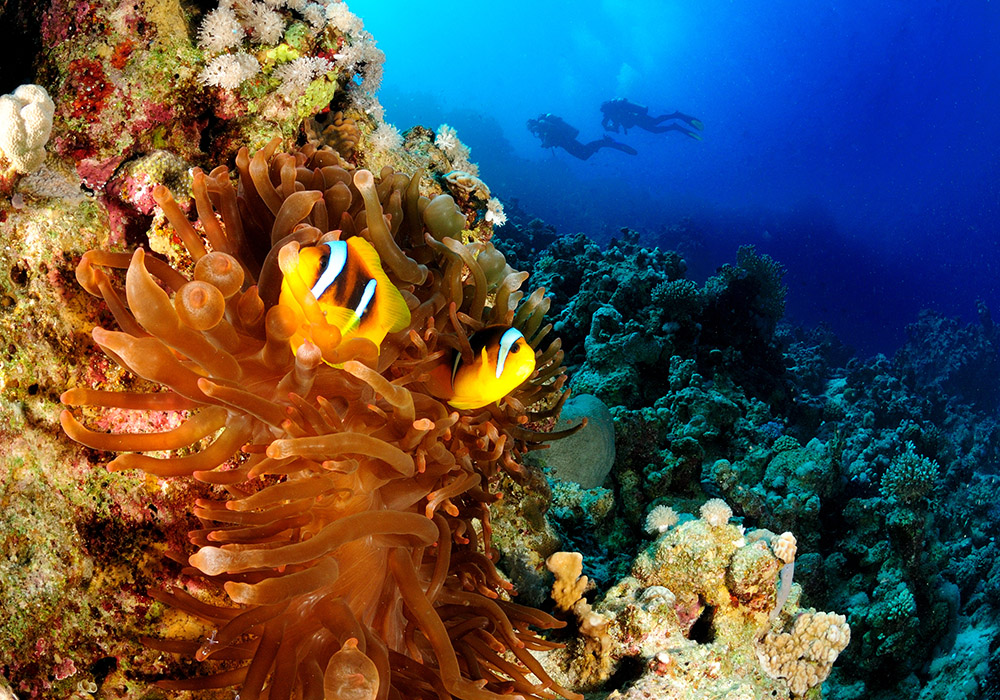 Aquarists might imagine that all anemones are brightly colored, especially after seeing display after display of Bubble Tips in various dealers’ tanks. Such ‘nems are quite common and often reproduce through captive specimens splitting into two new individuals. In the wild, red anemones are actually quite uncommon and really stand out on a reef, offering some great photography subjects. 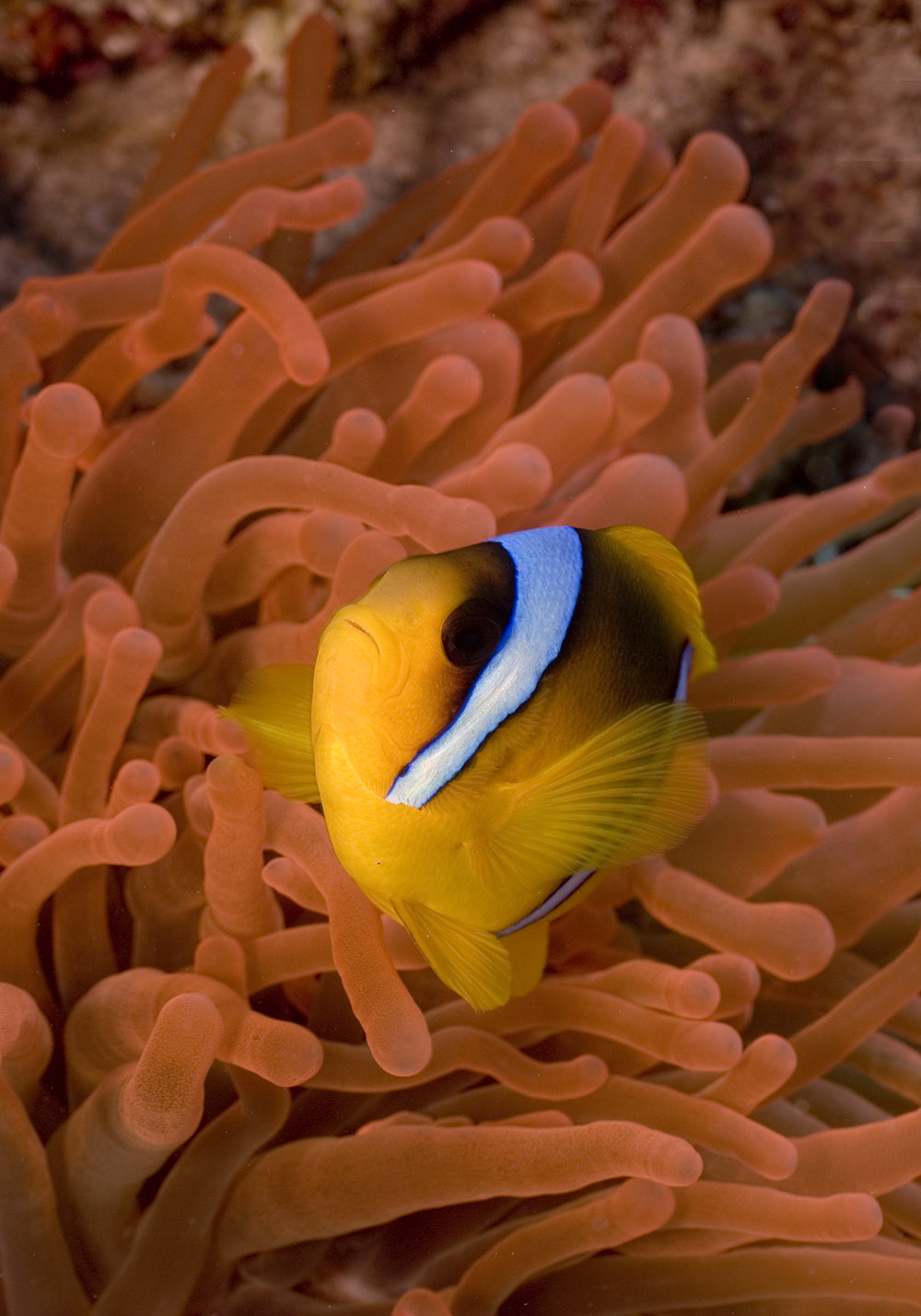 As you fin along a brightly lit coral reef, you get used to the dominant colors; lots of muted blues, greys, and pastel shades, the occasional orange of anthias, but on the whole, red is almost entirely absent. You may have to get creative to see any red at all, and provide a full-spectrum torch light yourself, to reveal the red pigments among fish and inverts that without it appear drab and unexciting. 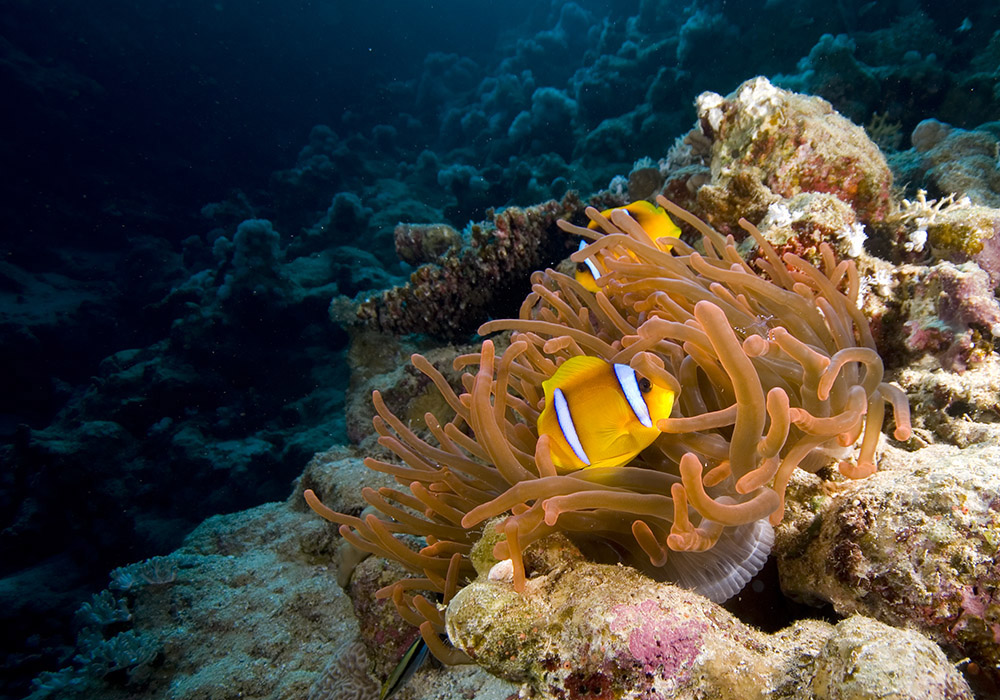 However, a red anemone is a different thing, and the remarkable pigments they contain means that they really stand out. At first glance, they look downright artificial and garish, like an ornament from a child’s goldfish tank.

The bulk of anemones I come across are rather bland, so a red one is a real treat and offers a great backdrop for photographing clown fish as well as capturing the ‘nem itself against the blue background of the ocean. 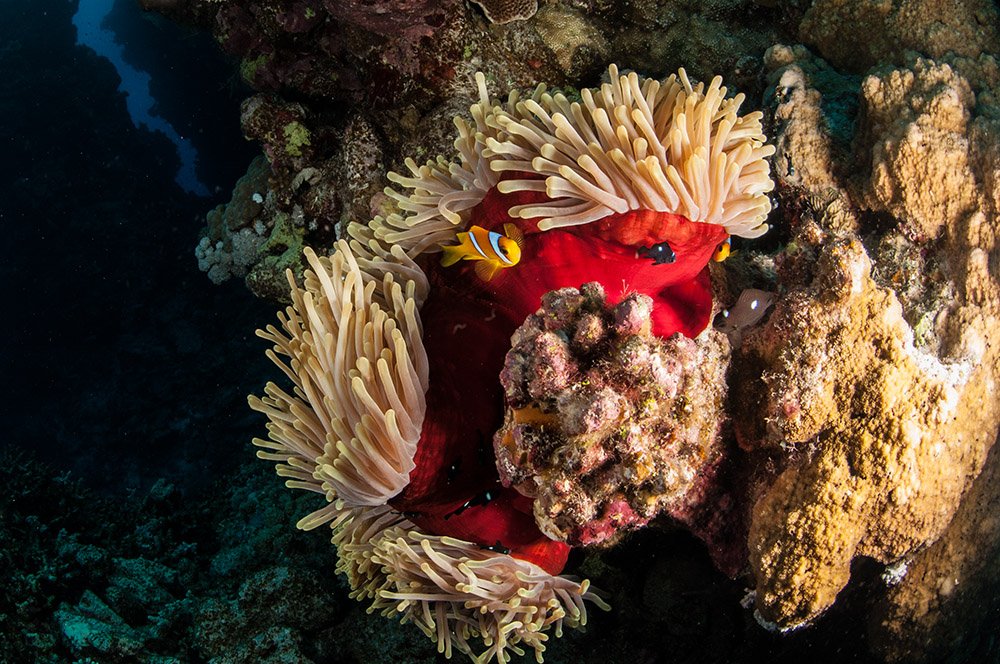 I’m including this Heteractis magnifica with its particularly striking column.