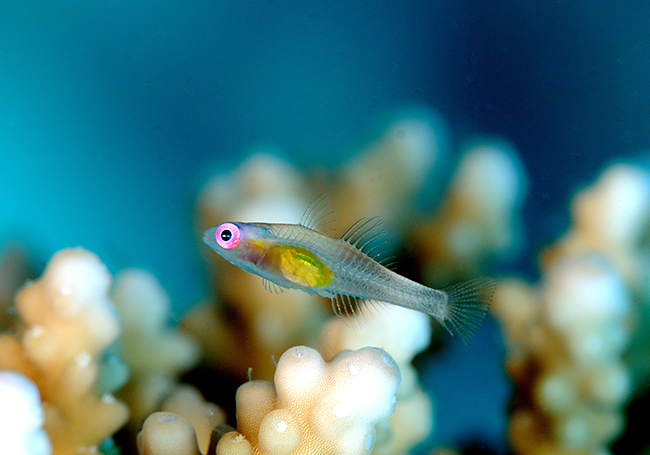 Macro photography is a truly rewarding occupation, on occasion.  You can spend an entire dive looking at the same coral head and not get any images of course, but when you do, it’s great. 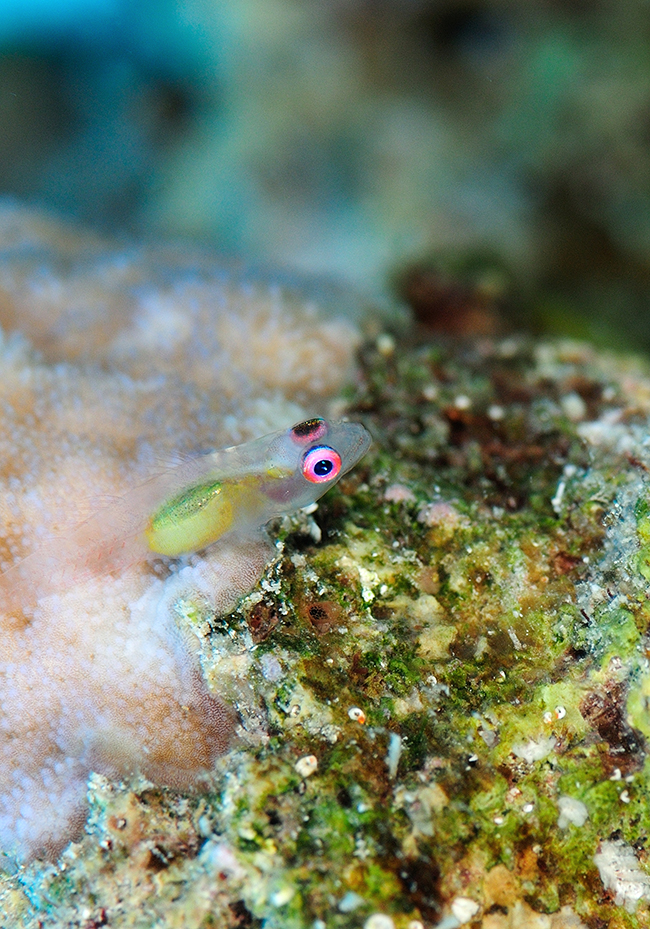 I wanted to share these pictures of one of my favorite macro subjects, Bryaninops natans, the Red-eye Goby, found from the Red Sea to the Great Barrier Reef.  This is a truly gorgeous little fish that reaches just over two centimeters in length.  The combination of its eye color and the golden pigmentation over its internal organs is quite striking.

Personally, I think it should be called the Pink-eye Goby as those eyes don’t look very red to me.  Having said that a quick search on an Australian site reveals the same species being called the Purple-eyed Goby, thus illustrating why scientific binomials are preferred by those in the know. 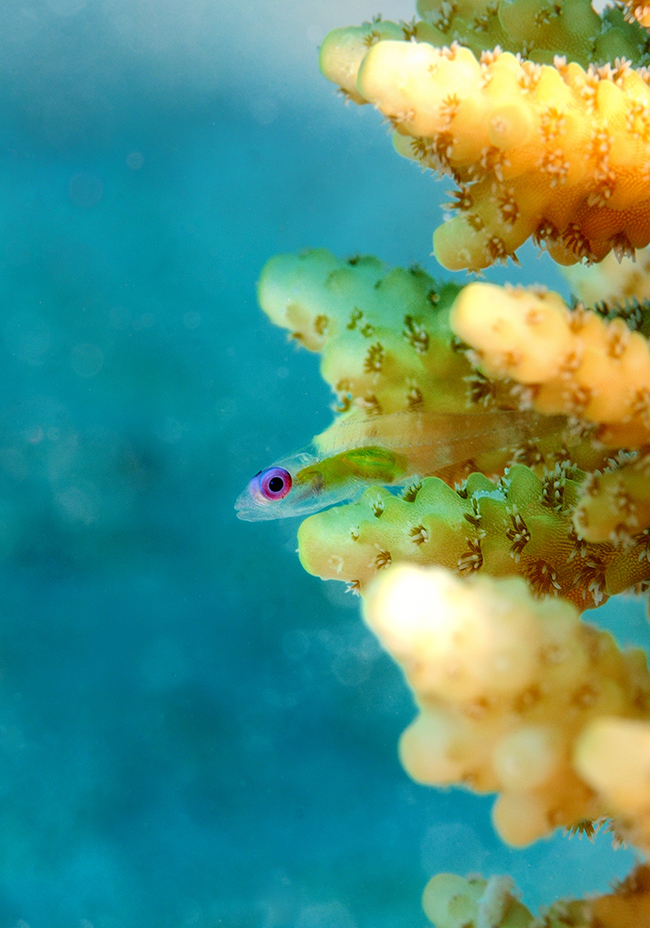 This little fish spends its days hovering just above or amongst the branches of stony corals and requires a really good set of eyes to spot.  In fact, my ageing eyes just don’t seem up to the task any longer.  My buddies tell me that there are just as many of these charming little gobies down there as ever, it’s just that I can’t see ‘em – these images are from a number of years ago.

I’ve never seen B. natans in captivity; I would imagine it would be best kept in a small aquarium (you’d never see it otherwise) with live acropora and a diet of small crustaceans.  Given its territorial nature, I’d suggest that it would be happiest if kept singly.

I’d be interested to hear if anyone has any direct experience with this fish in captivity!