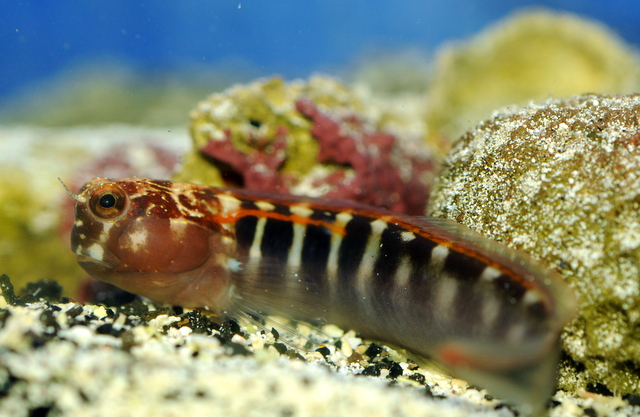 Recently, Madagascar has begun to export aquarium fishes. Some species are mostly the same as from other locales, such as Coral Beauty Angelfish (Centropyge bispinosa) and Midas Blenny (Ecsenius midas). One anomaly is the Red Head Linear Blenny (Ecsenius cf lineatus), which appears to be a species new to science.

The genus Ecsenius is a common combtooth blenny found on shallow coral reefs throughout most of the Indo-Pacific, with the exception of Hawaii. These small reef fish are usually omnivores, and usually make great aquarium specimens. Though a handful of the 53 recognized species occur throughout the genus’ range, most species are usually restricted to a small group of islands within a country or body of water, such as the mimic blenny (Ecsenius gravieri), which is restricted to the Red Sea. 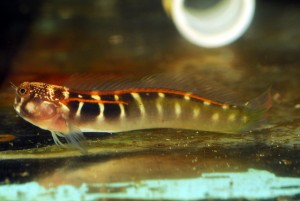 The “regular” linear blenny as described, reaches 9 cm, with a mostly monochromatic body with either a stripe down its lateral line or boxed pattern on its side. The red head morph has a bright red stripe running at the base of the dorsal fin, with a second red stripe running from the nape slightly past the end of the third “box”. In displaying and stressed fishes, the head will also turn bright red or orange, with the rest of the body lightening to a pale silver. The largest of the Madagascar species surpasses the maximum TL to 10cm. Though some regular morphs do exhibit the red line down the back, none seen to date exhibit the secondary stripe, nor the red head. 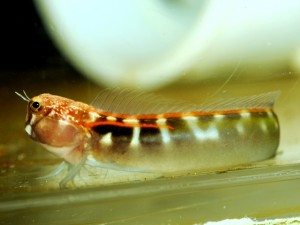 Like other members of its genus, the red head linear blenny should be kept one per tank. A varied diet of mysids and algae is ideal for long term health. Some specimens will graze off the rocks, while others will snatch food from the water column. These blennies are collected at a depth of 5-15m (15-45ft), so will thrive in a reef tank and appreciate crevices within the reef structure to hide in. It should be noted that some species will nibble on coral, such as Montipora and Cyphastrea, especially if not fed enough.

TL refers to the total length of the fish, including the tail 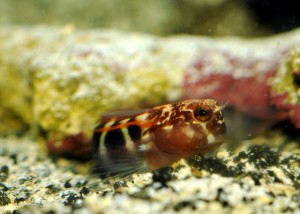 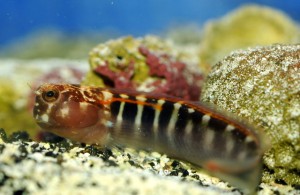