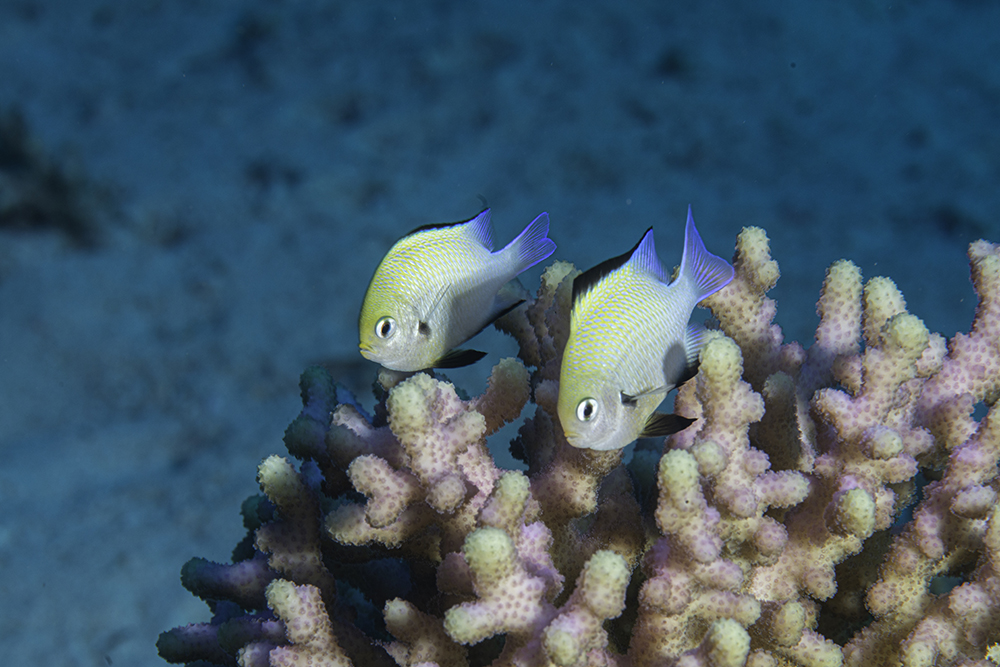 Full of character and often feisty, damsels are oftentimes best left in the wild.  Here’s a selection from my favorite location.

Back when I first started keeping fish, every store seemed to have a tank of cheap juvenile damsels – humbugs, dominoes, etc. that everyone bought due to their cuteness and seemingly good value. Many of these fish turned out to be highly territorial bullies that should never have been offered for sale, at least not to newbies with aspirations towards keeping a small community tank.

A particularly attractive species many folks learned to avoid is Dascyllus aruanus.  A fish that shoals beautifully in coral heads until it reaches maturity and becomes a real pain.  Its a beauty though, a fact we often forget due to its ubiquity. 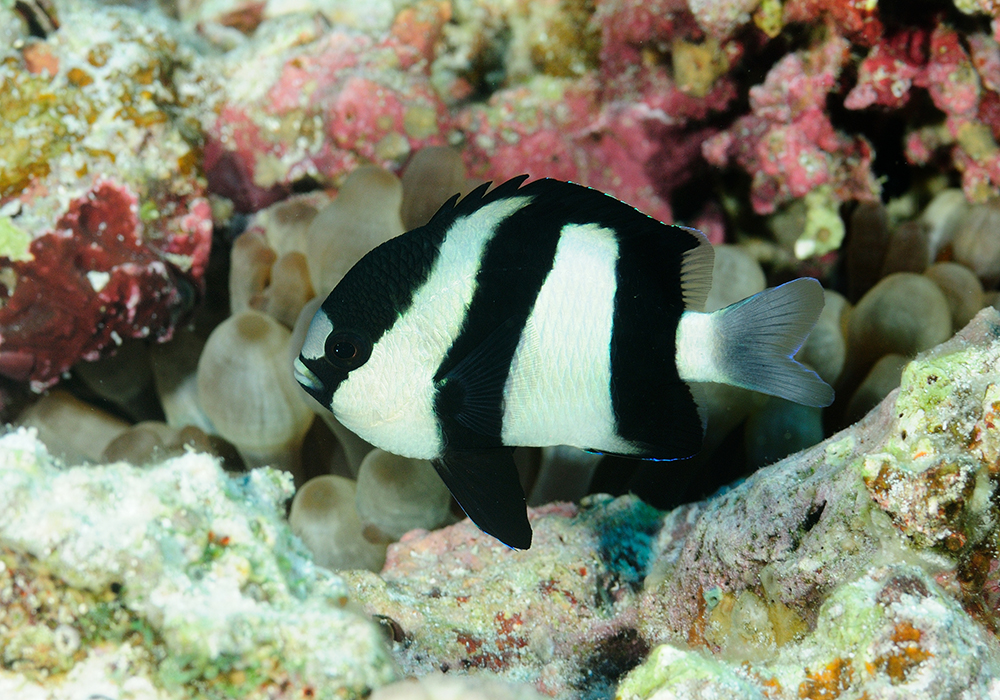 Closely related is D. marginatus (main image).  This is a subtly beautiful fish from the Red Sea and Gulf of Oman, which I have never seen in captivity, so I can’t comment on its nature.

A bigger fish and one I believe to be ebullient at best is Pomacentrus sulfureus.  This western Indian Ocean species reaches over ten centimeters. 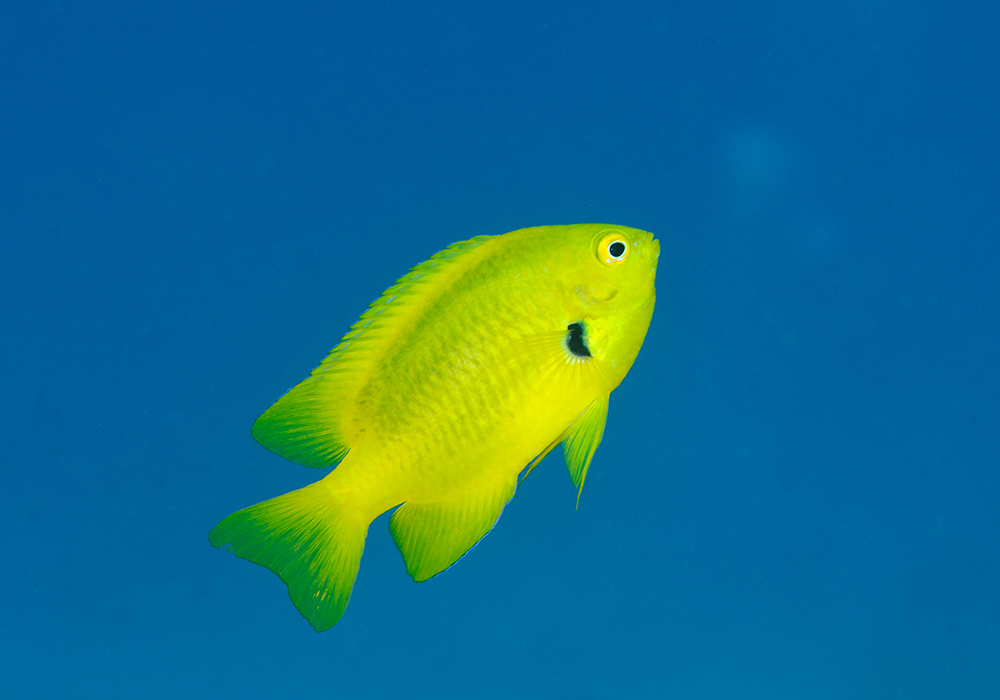 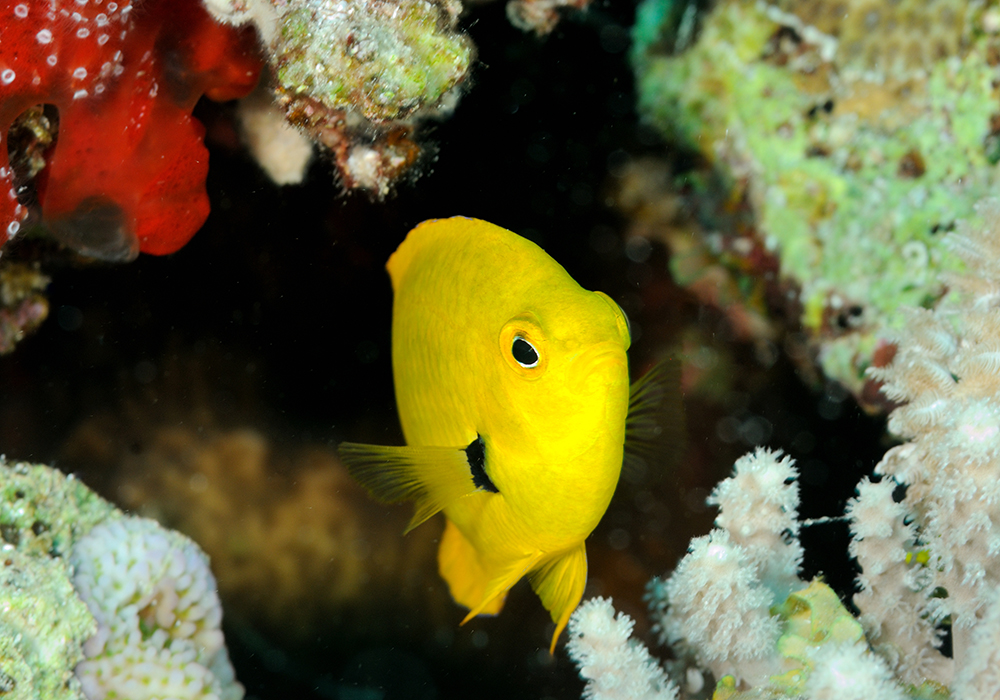 Another species that seems to not appear in the trade is the half and half chromis, Chromis dimidiata.  These fish are quite social in the wild (where there’s room to avoid bullying) and are hard to approach in my experience, hence I have few images of them.  I think you’ll agree they are clearly a white fish that has been dipped in black paint. 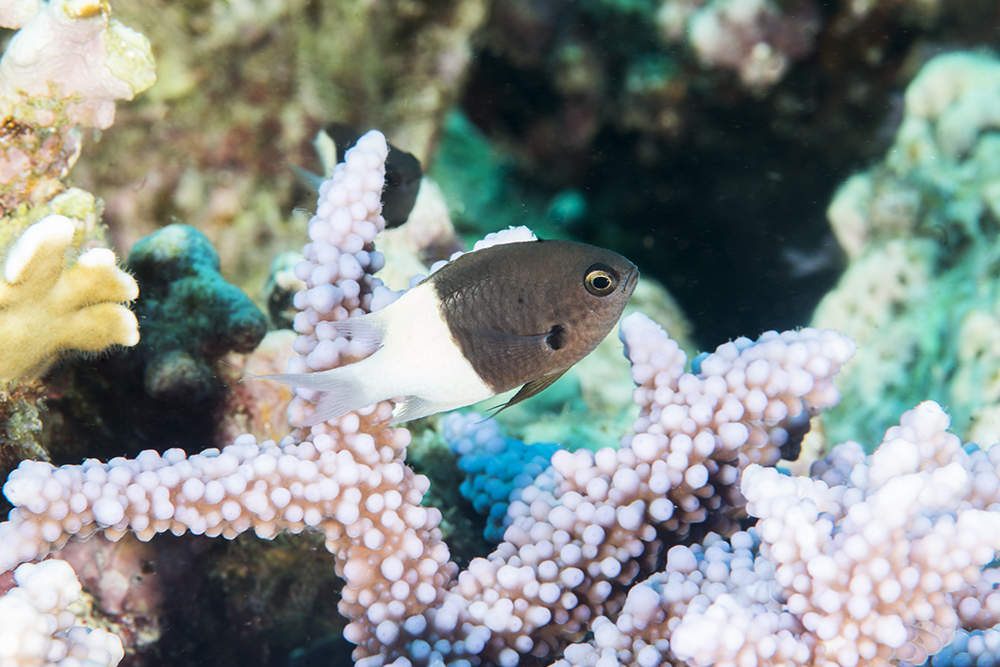 My second to last fish is often overlooked on the reef and I’ve only photographed them once, despite how common they are.  This is Amblyglyphidodon indicus, the aptly named Pale Damsel.  A fish you can find all the way down to the Chagos archipelago. 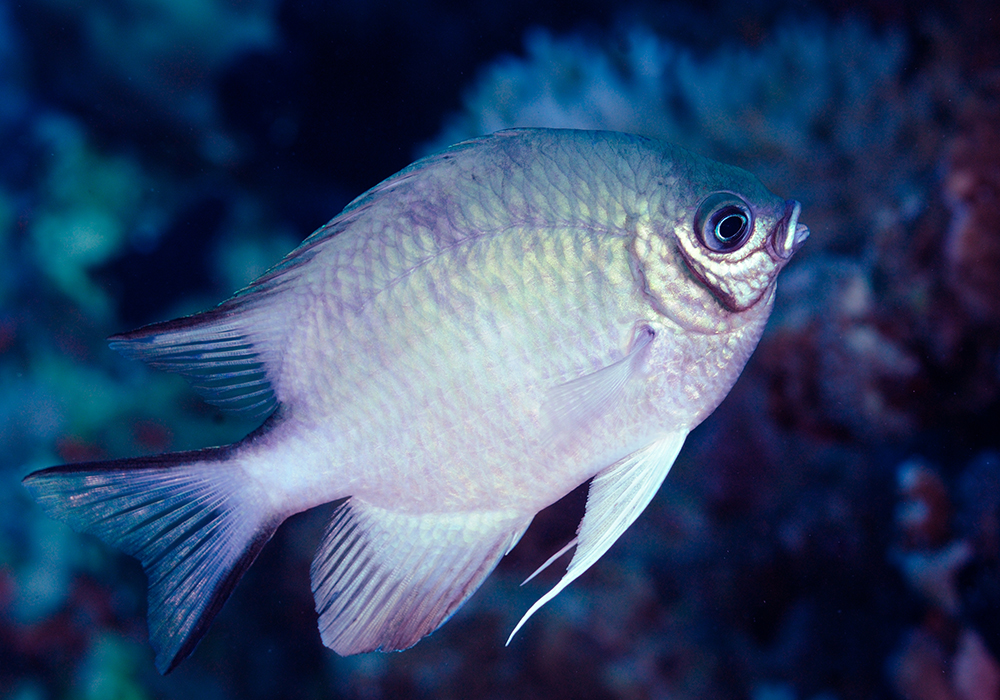 Finally, I have Plectroglyphidodon lacrymatus, the rather lovely Jewel damsel.  This is a mature fish and has largely lost most of its blue dots and the dorsal ocellus seen on younger fish.  Even my diver’s guide warns that this is a ‘somewhat pugnacious’ fish. 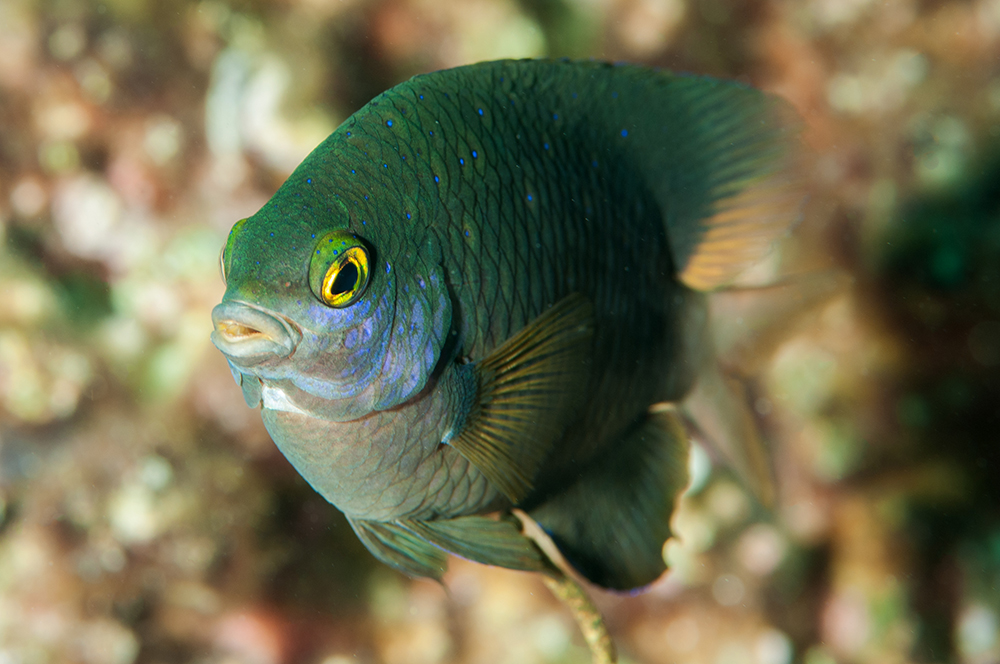