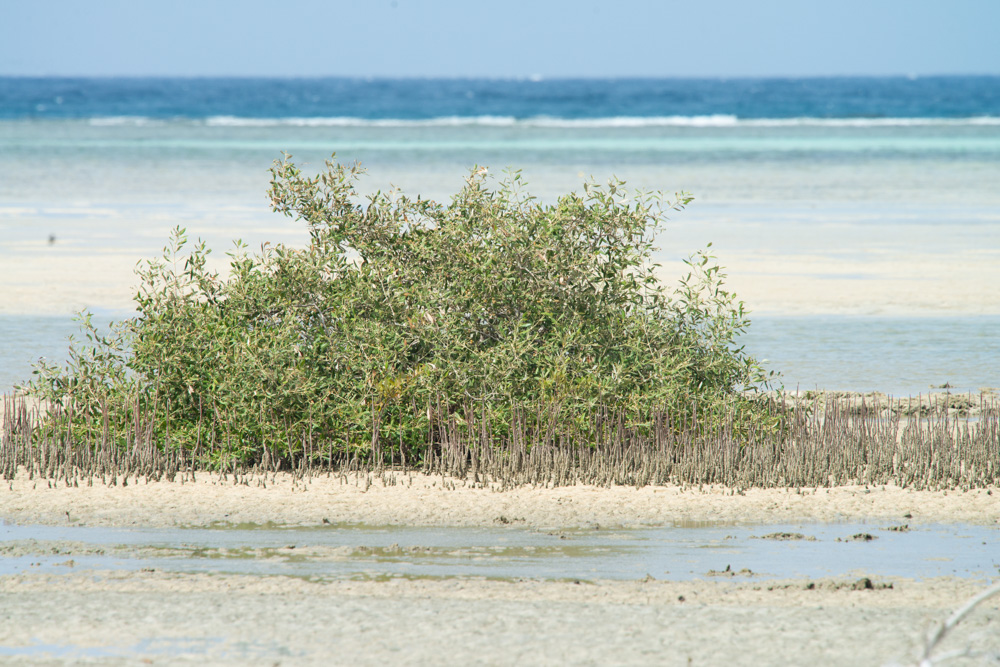 Red Sea mangrove habitats are considered to be rare, especially in comparison with the significant stretches of coastline across the wider Indo-Pacific that are dominated by mangrove habitats (even if they are being threatened by human activity).  Here’s my brief, but hopefully interesting, exploration of this fascinating ecosystem.As I understand it, there are two species of plants we would consider to be mangroves found in the Red Sea, Rhizophora mucronata and Avicennia marina.  In this stretch of coastline all I could find was A. marina, which can be identified by its heart-shaped fruits/propagules and yellow/orange flowers. 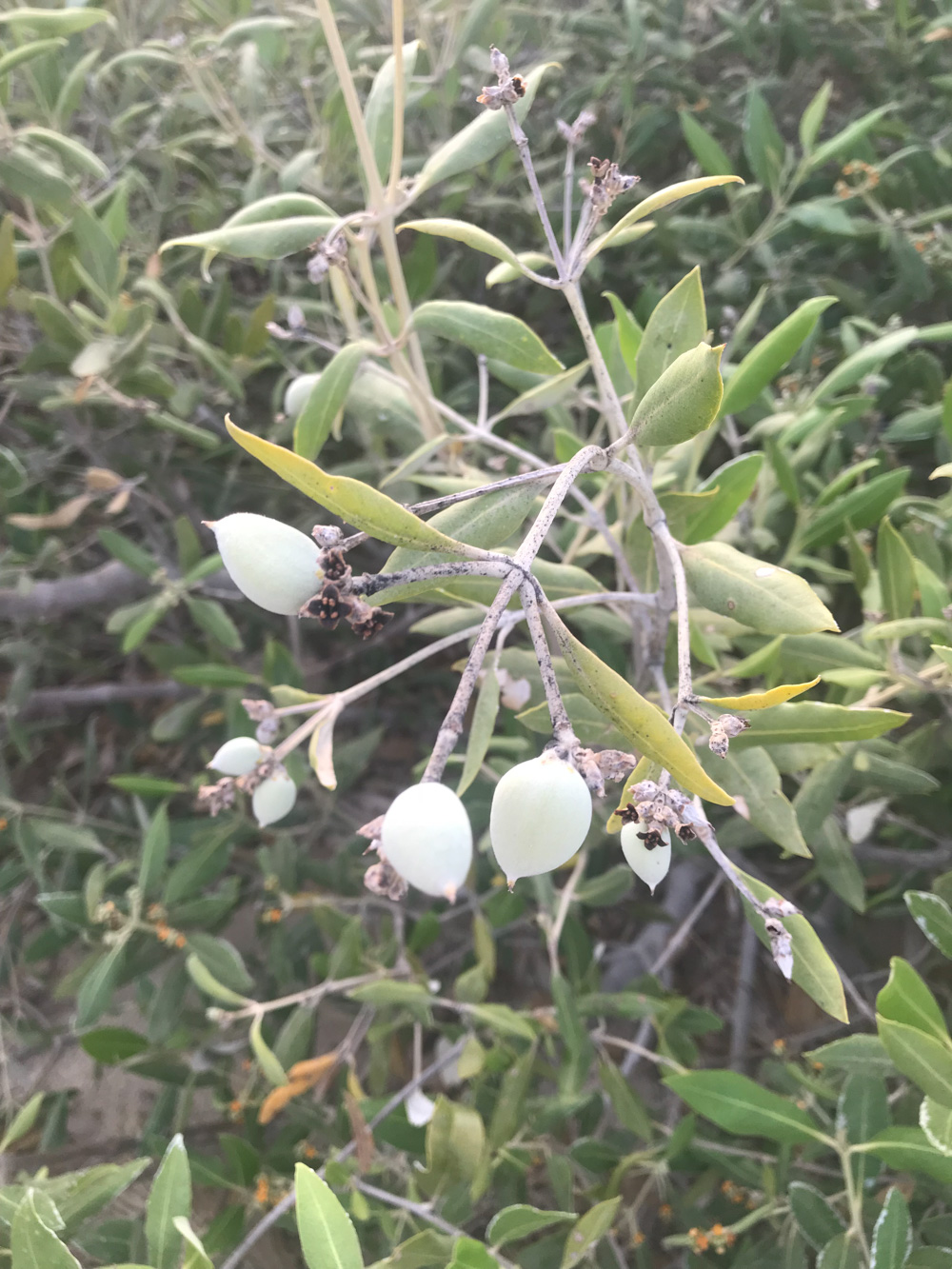 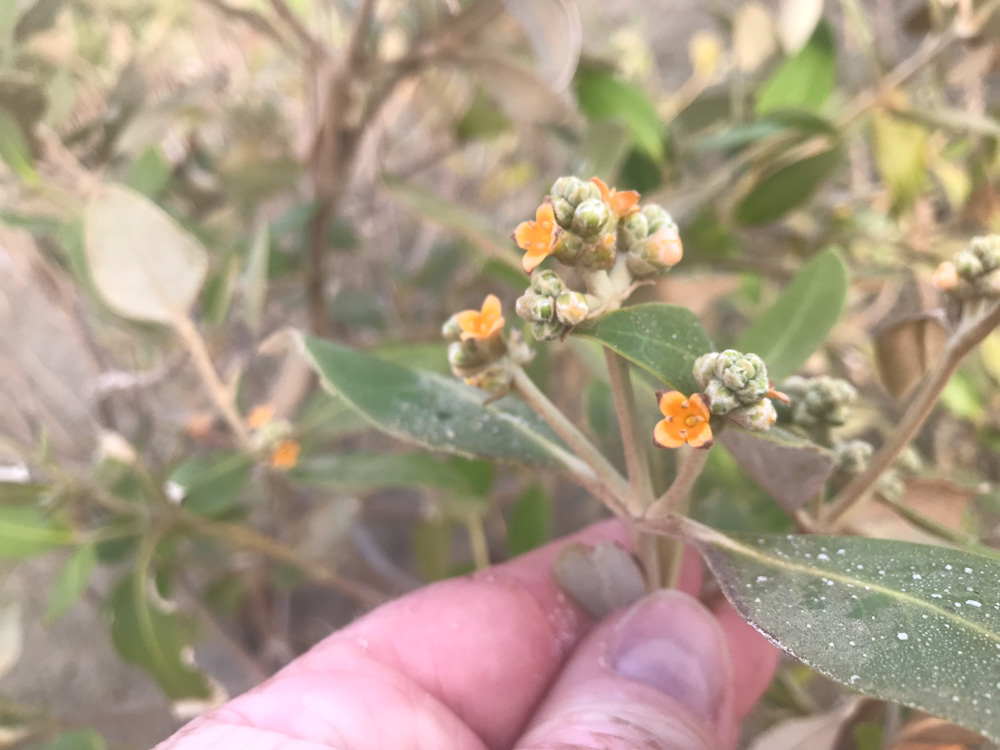 The other key feature of this species is its production of extensive areas of pencil roots, which R. mucronata does not produce. 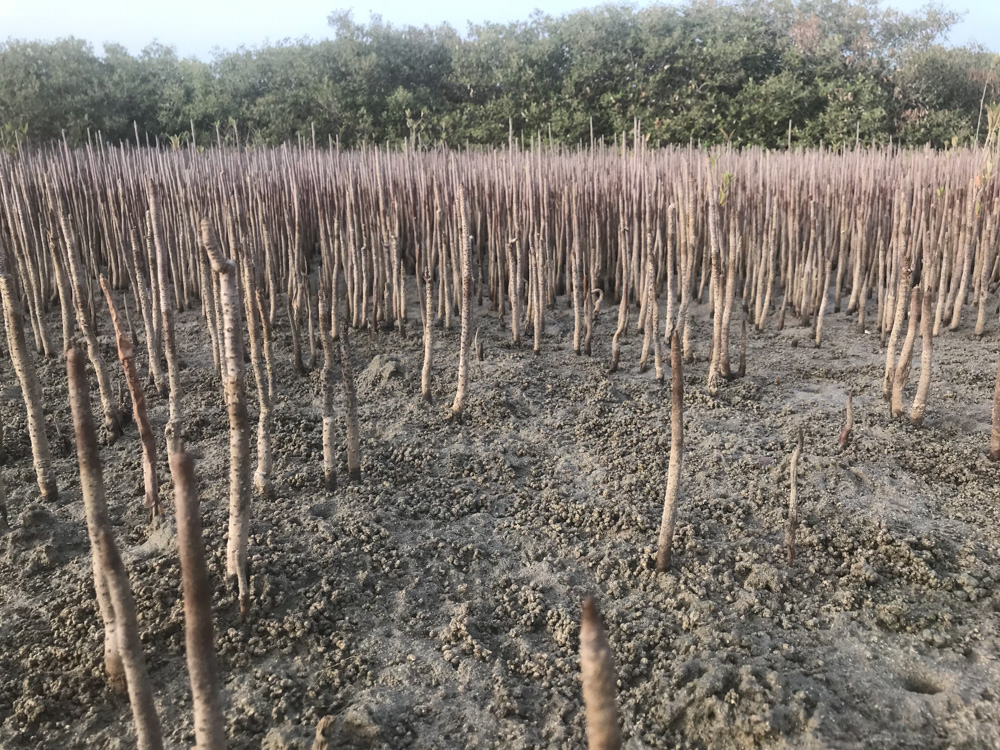 Mangrove ecosystems are, in my experience, limited to areas where wadis (flat areas where floodwaters from occasional rainstorms) meet the sea.  These are not common geographical features, meaning silty bays are infrequent, and where they do occur, may well have been developed (especially in the north) for hotels and other uses. 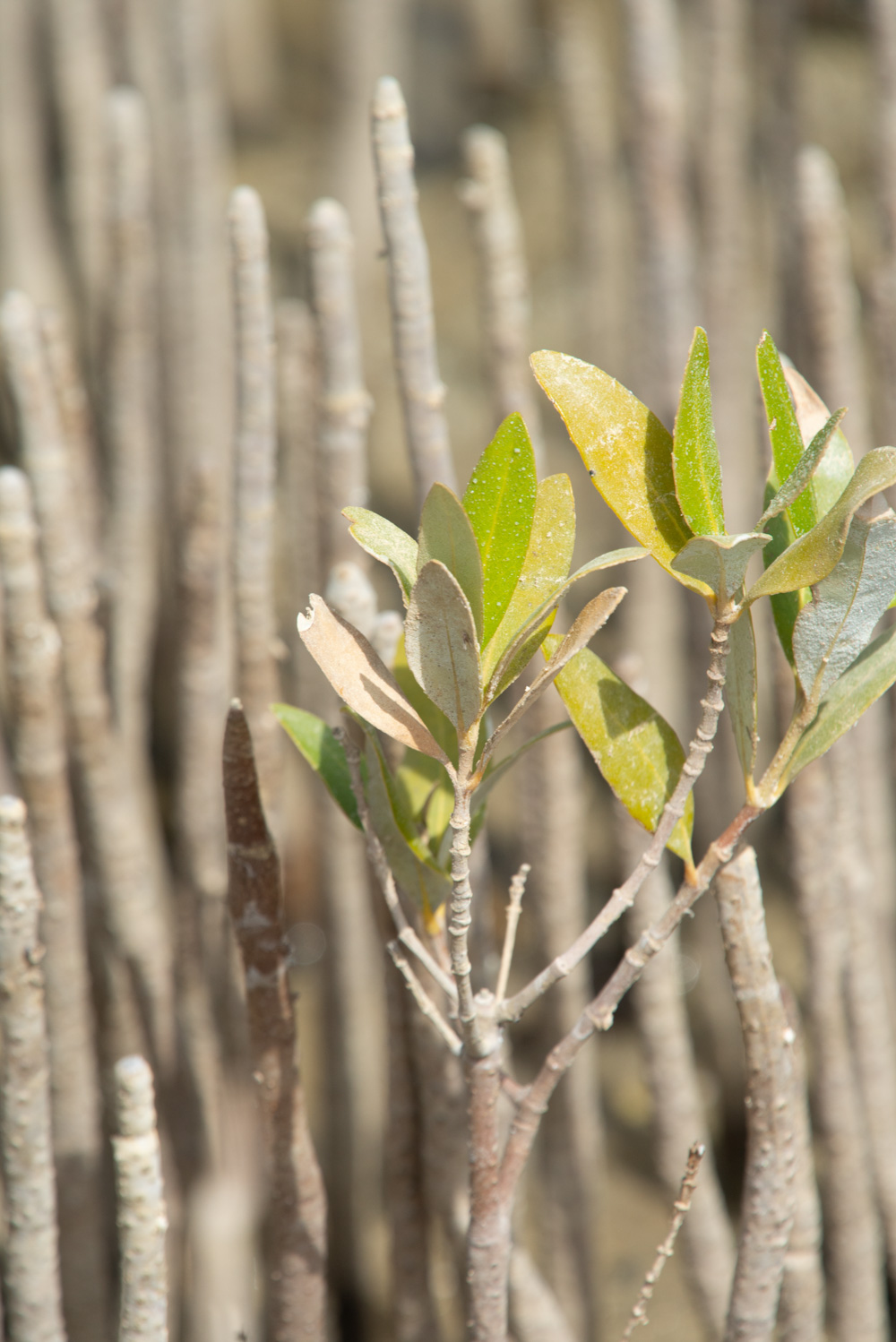 You can see salt crystals on the leaves in this shot.

The very high salt levels found in Red Sea shores doesn’t allow A. marina to reach the same growth rate and stature that it manages across the rest of its range, which extends as far as New Zealand.

Despite the stresses of Red Sea life, the mangroves help support a wealth of life including crab species such as Ocypode saratan, the Red Sea Ghost Crab, and what I think is Uca albimana, the White-handed Fiddler Crab. 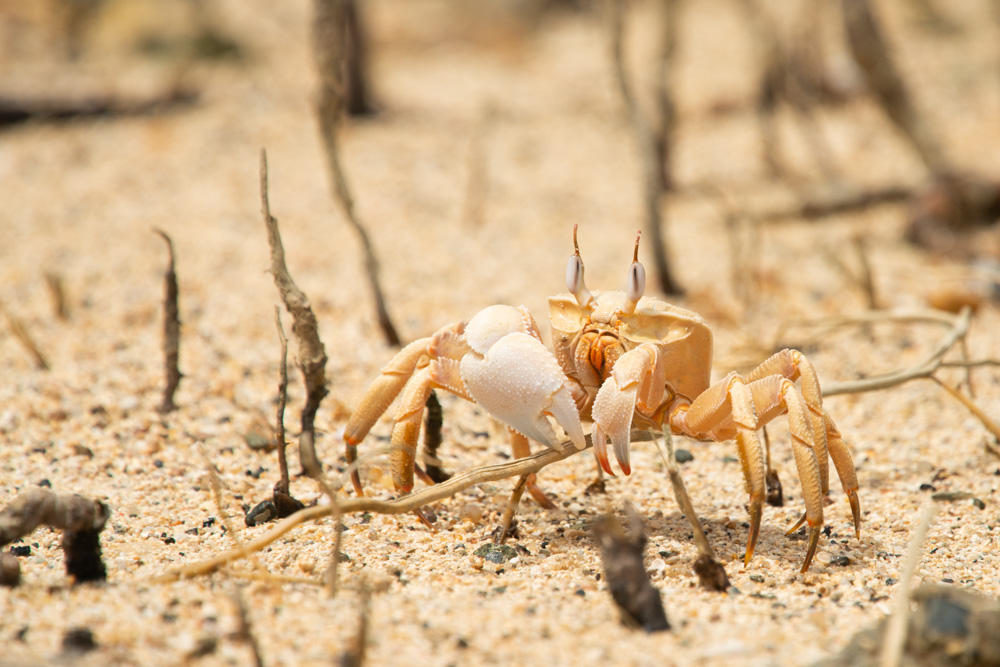 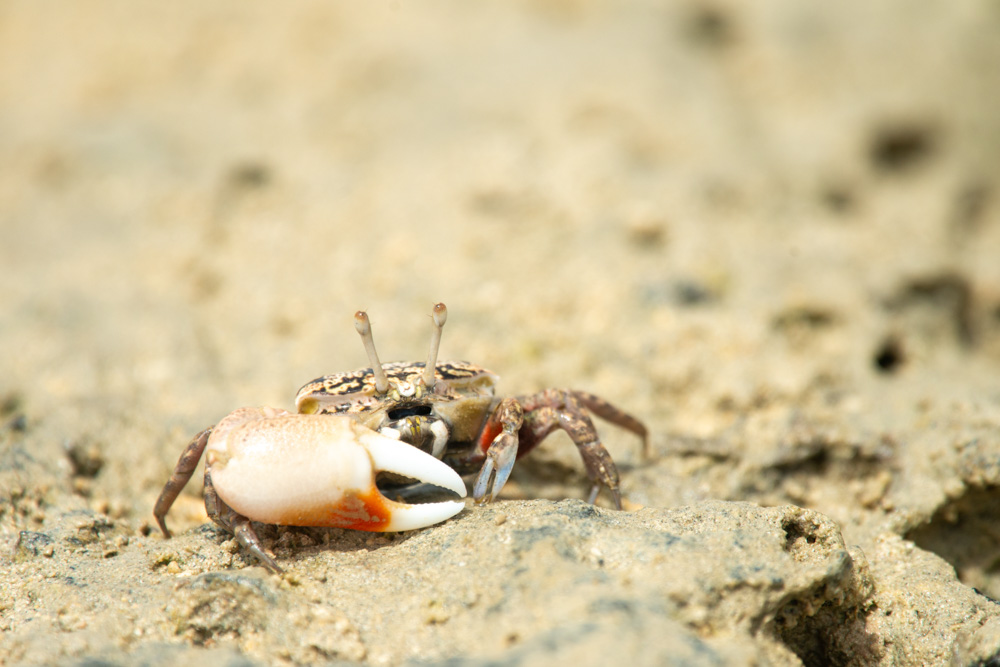 Birds also benefit, from the herons, terns and gulls that feed on invertebrates and fishes, to larger predators such as the impressive Osprey.  This pair were far more easy to approach than any other Ospreys I’ve ever come across. 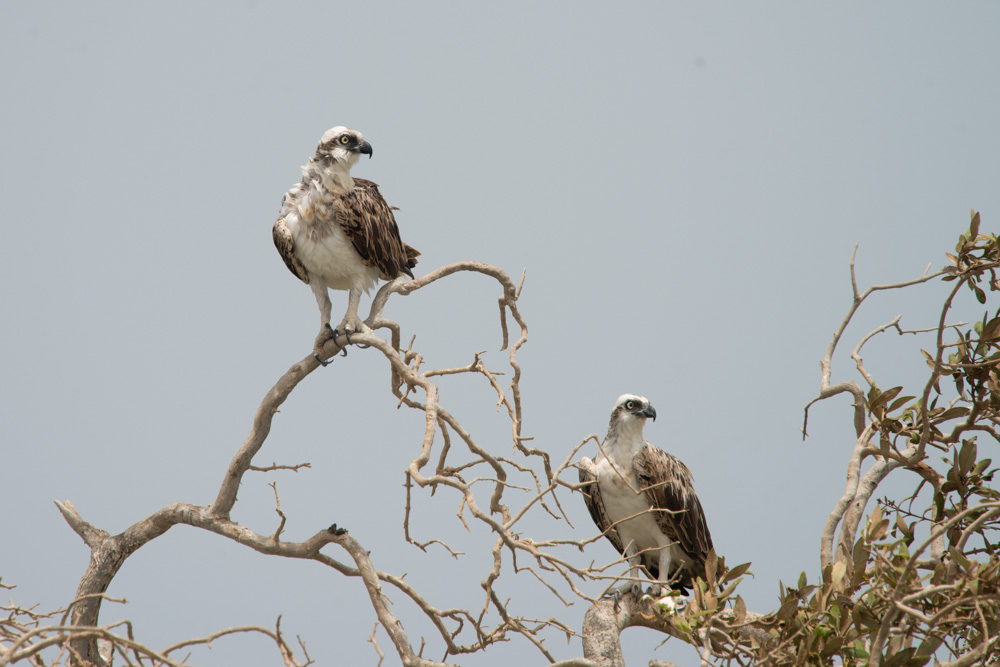