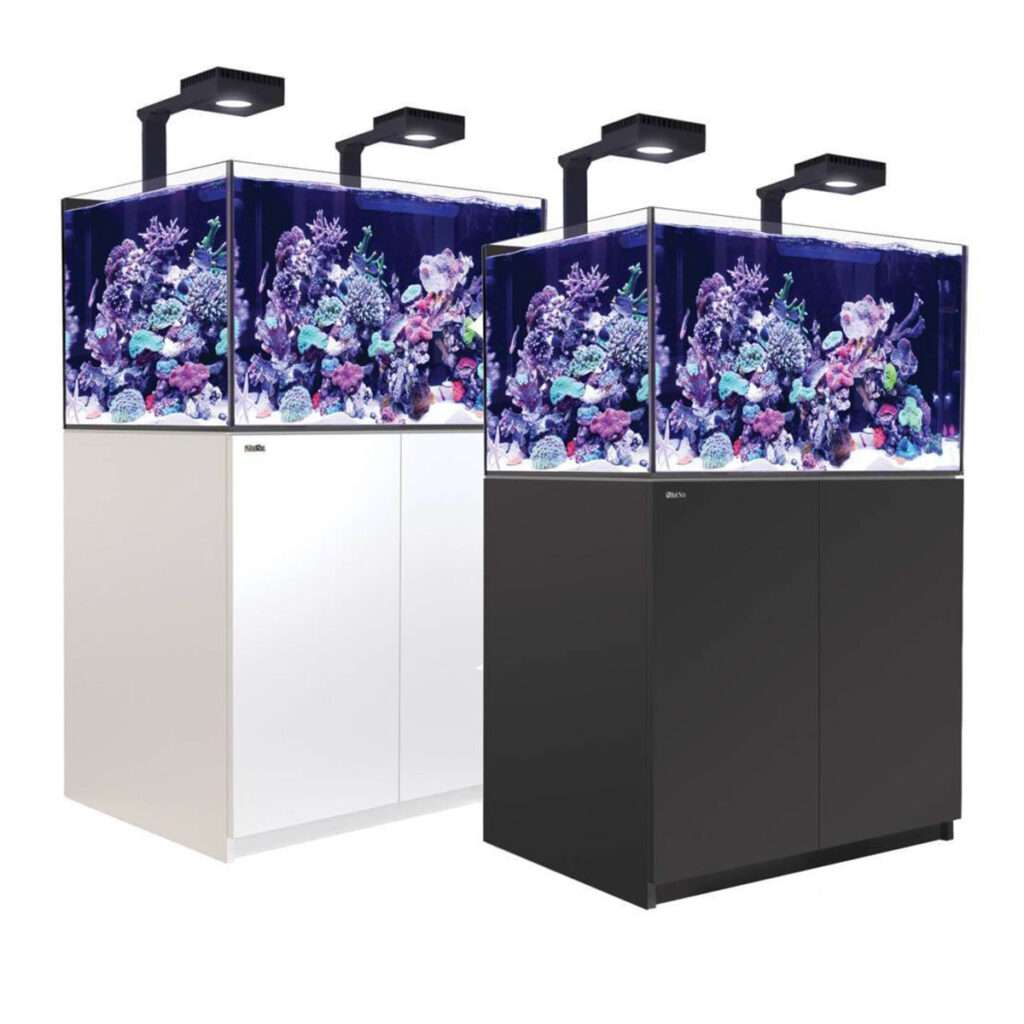 Red Sea has been busy lately with the introduction of new aquarium products. Red Sea has been known for aquarium additives, test kits and salt mix, Max Series aquariums. Later the Reefer series aquariums were added. Later three protein skimmer models following, ReefWave Gyre style wavemakers, 3 different LED fixture models and two dosing pump models, and coming this month, the ReefMat fleece filters will begin shipping to authorized Red Sea dealers. And each of these newer devices can be controlled via the RedSea ReefBeat App. The Reefer tanks were recently on sale and now we know why. RedSea was making room in preparation for the launch of their second generation lineup. The G2 series features a revamp of all the Reefer series models including the newer Reefer MORE