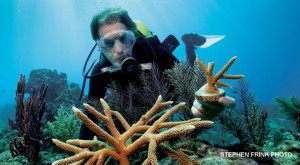 I’ve been following a lively debate on one of the web’s many reef keeping blogs. It revolves around a series of posts regarding the National Marine Fisheries Service, NOAA and legislation that places corals on the Endangered Species Act. First, I understand that these issues are near and dear to many reefers’ hearts, mine included. Many of us are worried that our hobby will change, become heavily regulated and that certain coral species will be illegal to keep. Personally, in a worst case scenario, I don’t think pending legislation will impact the hobby to the point suggested by many. I do believe that if our industry doesn’t change fundamentally, the future could involve regulation that prohibits certain reef aquarium related actions. Most of the reef keepers I’ve spoken with, along with most of the replies I’ve read are viewing this issue through the narrow lens of reef keeping. In order to understand the larger picture, you need to take your position as a reef aquarist out of the equation.

For centuries human beings have slaughtered animals, destroying individual species and entire ecosystems. In the uncontrolled expansion of capitalism, we’ve destroyed habitat and put a price tag on individual species. In 1973 the Endangered Species Act was signed into law by Richard Nixon, for the very purpose of protecting critically endangered species from extinction, as the result of untampered economic and development related actions, that didn’t take conservation into account. The ESA states its primary goal as: Halting and reversing the trend of animal extinction, at whatever the cost. Both the U.S. Fish and Wildlife Service and the National Oceanic Atmospheric Administration enforce the ESA. 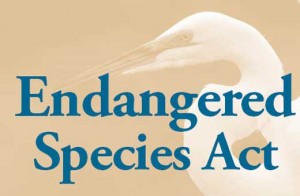 If a petition is submitted that suggests a species is imperiled, then a review process begins that may end in said species being listed on the ESA. As we recall, the original petition surrounding corals was initially for up to 62 species. Science provided by Pet Industry Joint Council (PIJAC) has lowered the listed amount to 20 species, all considered threatened.

The ESA’s goal is pretty easily explained, to halt and reverse extinction at whatever the cost. This means, that if NMFS believes that ending the sale and husbandry of certain coral species will aid in reversing the trend of extinction, then they will do it, without much focus on what reef aquarists, industries, etc feel, think or believe. Could science that suggests these animals are not endangered persuade them, yes it could, as we saw with PIJAC’s findings. 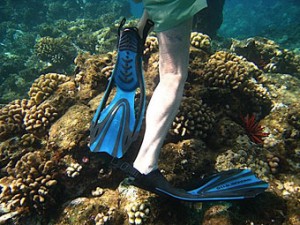 Where I think aquarists are making a critical misjudgment, is when they consider the reef aquarium hobby a mode of conservation. When examples like Walt Smith International are used as examples of conservation, it shows a severe rift in thinking. The words harvest and conservation are not interchangeable and frankly they don’t interact at all. Harvesting is taking something and in the case of the reef aquarium industry, profiting from it. Conservation is identifying something of ecological importance, determining stressors that are destroying it and protecting it by any means possible. Where confusion arises is that both the hobby and conservation involve similar processes. Both employ science, both are methodical and in the case of coral, both are centered on one group of animals. Let me be clear, being a reef aquarist is in no way shape or form, being a coral reef conservationist. When Walt Smith transplants corals on Fijian reefs, he isn’t conserving anything. He is simply replacing what he has taken. It’s the same mentality as cutting a pine tree to decorate for Christmas, but planting a sapling to take its place. If you were conserving the species of pine, you wouldn’t cut it in the first place. 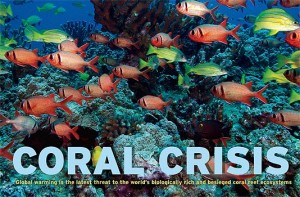 As aquarists we can strive to be sustainable, meaning that we aren’t taking so much of a resource that we deplete it – but being a reef aquarist alone does nothing for conservation. In fact, it actively works against it. Aquarists all over the internet are priding themselves as conservationists. It’s a very false sense of pride. The majority of reef aquarists (the 90% of the iceberg Rich Ross was referring to) wouldn’t know reef conservation if it slapped them in the face, because if they did, they wouldn’t have a reef aquarium. The NMFS doesn’t care how many children have seen your tank. They don’t care how many “presentations” you’ve given. They don’t care that your Uncle Ed and Aunt Marge love staring at your corals. They care that science has shown that 20 species of corals are threatened due to commerce activity and that trend needs halted and reversed, by any means possible. It really is that simple. 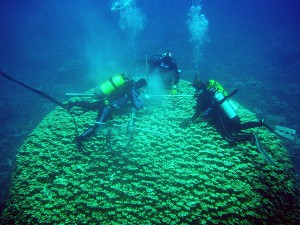 When I do business with sustainable vendors, propagate corals and give them to fellow hobbyists, use the grey water created by my RODI unit for another purpose, discard waste water in an environmentally safe manner, I am not doing anything to conserve coral reefs. I am not having an impact on the environment as severe as those who are careless and wasteful, but I’m not conserving anything. When I worked for the Beautiful Oceans Academy out of Montreal, GPS mapping coral reefs aiding in science to measure their decline and helping experts implement strategies to protect them, I was contributing to conservation. When I taught responsible, reef friendly diving through the same organization, I was teaching sustainability.

No matter how you spin it, dress it up and make it sexy, reef aquarists are taking from the environment. Sure, we may love corals, we may know more about them than the average joe but the reality is that corals belong on reefs around the world, serving their ecological duties, not in glass boxes in our basements and living rooms. The industry is struggling to lessen its ecological footprint and certainly doesn’t have a plan to give something back to the reef, that hasn’t already been taken. Shoving these delicate animals into Fed Ex and UPS boxes and shipping them all over the country, all year long, has created a chain of dead animals that is immeasurable. The use of cyanide to collect marine fish, along with other actions of the aquarium industry, has destroyed tracts of precious ecological heritage. Whenever you use the laws of supply and demand to harvest and sell something, turning a profit, conservation is often thrown right out the window. Reef aquarists all over the internet have defended this hobby, it’s pricing and practices with one breath and called themselves conservationists in another. 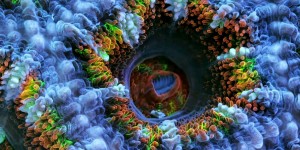 Many of us know right from wrong and realize that many wheels of commerce are not right in their current form. Even the best of us are a far cry from conservationists. NMFS knows that. We can either shape the industry into something that respects the environment, or year after year watch as more and more reef animals become threatened. The argument that reef aquariums aren’t a stressor to oceanic ecosystems is stale and irrelevant. I recently received emails from former large chain personnel regarding the fate of much marine life imported and sold there. It’s depressing and highlights this industries’ need for change. A basic start is realizing the difference between conservation, abusive harvest and sustainability. The latter is the toughest to achieve and as it stands today, the reef aquarium industry falls in the center. It’s vital that we focus on what reef keeping is doing right, correct the environmental injustices that may take place, educate each other and stop pretending that our hobby is something that it isn’t.

To put in perspective just off how base aquarists are, bringing the hobby into the realm of conservation, CORAL the coral reef alliance actually issued a call to action regarding the collection of corals for marine aquaria.