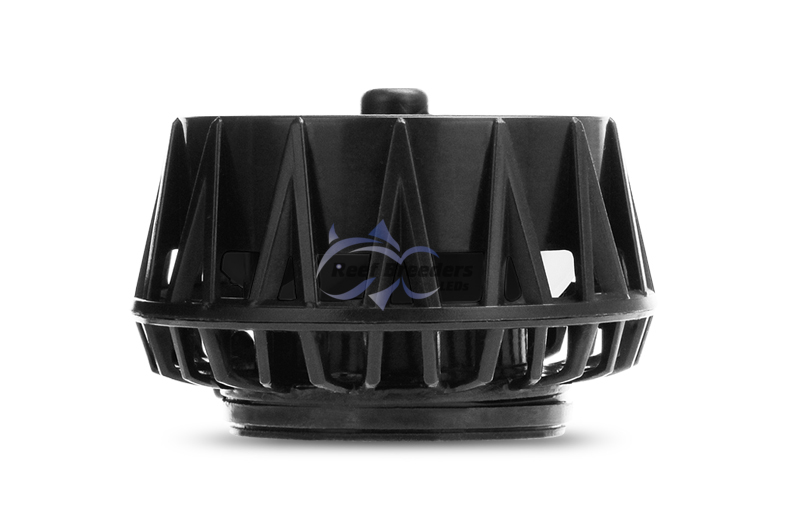 Reef Breeders has just lainched their new Reef Power RP-26, which is a complete redesign of the conventional wave maker. Check out their press release on this great new product:

In recent years wave makers have progressed from large, unsightly motors inside the aquarium to innovative designs like tubular gyre generators and wave makers with the motor positioned outside of the aquarium. Despite these innovations little has changed in respect to the traditional impeller.

The Reef Power RP-26 (26 meaning 2,600 gallons per hour) aims to change this. Its ultra slim 2.25” (5.4cm) profile is achieved through a complete redesign of the conventional impeller. Instead of protruding from the motor block and pushing water forward in a narrow turbulent pattern, the Reef Power’s innovative impeller design actually wraps around the entire motor block.

This has the dual benefit of an incredibly slim profile and an extremely unique flow pattern. Reef Breeders Founder Logan Vanghele explained “In addition to moving water forward, the Reef Power pumps simultaneously push the water sideways. This has the effect of producing a powerful yet gentle flow pattern which moves water around corals without harming their delicate tissues.”

The RP-26 is fully submersible, and the included mounting magnet is also submersible for mounting inside of overflows and other hard to reach locations. An intuitive, feature-rich, and easy to use controller is included along with every Reef Power Pump. The controller brings several new features to the table, including a reverse mode for clearing detritus on the sanded directly below the pump, and a built in timer function that allows the user to choose up to 6 different modes and speeds to run each day.

“We’re really excited to introduce the Reef Power wave maker to the hobby, the feedback so far has been stellar and it’s not often that a product like this comes along.” said company founder Logan Vanghele when interviewed at Reefapalooza in NY. The Reef Power RP-26 is now available in the USA with an MSRP of $139.99 USD. There is currently one size (2,600 gph) available with a larger and smaller version slated for release in the coming months.