Researchers at James Cook University in the ARC Centre of Excellence for Coral Reef Studies (Coral CoE) have uncovered an interesting feature of the Damsel reef fish family. We watch our fish dart in and out of crevices when they get scared in our aquariums but little did we know they are, at the same time, releasing a chemical signal from their skin and scales to ward of predators, and give themselves a fighting chance for survival. This is a finding not new to the science of fish, but the surprise conclusion was the benefit to the fish releasing the chemical: “When damselfish release their chemical alarm on a coral reef, lots of additional predators are attracted to the cue release area,” says Professor Mark McCormick from the Coral CoE. 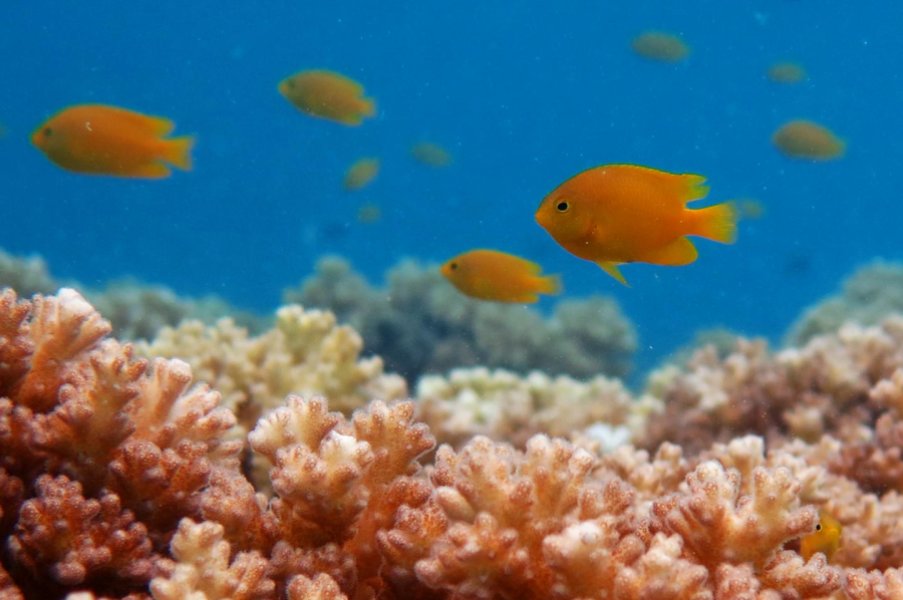 The added presence of predators would seem counterintuitive to anyone reading this, but what researchers would like us to recognize is the increased presence of predators can cause confusion at the predation site, allowing the fish that released the chemical signal additional distraction for escape. “When caught by a predator, small damselfish have almost no chance of escaping their fate as the predator’s next meal. However, when another fish predator is attracted to the capture site, prey will escape about 40 percent of the time,” added Professor McCormick. “For decades scientists have debated the evolutionary origin of chemical alarm cues in fish,” says study lead author, Dr. Oona Lönnstedt, now a research fellow at the University of Uppsala. The percent increase of escape establishes additional evolutionary benefit to the defense mechanism of Damsel fish, while opening a new avenue for understanding the behaviors of reef fish. Read the entire article here!