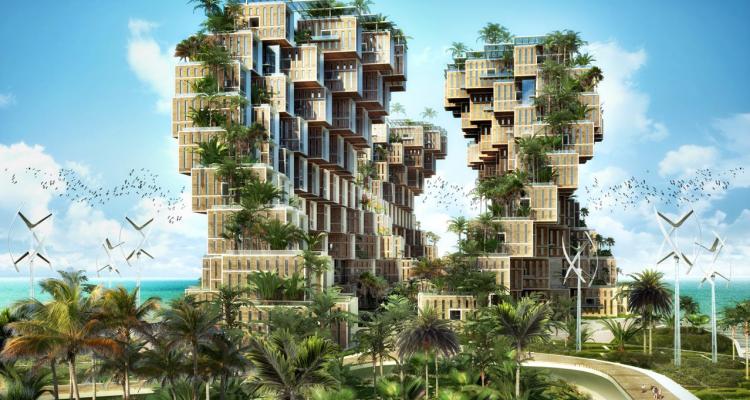 Vincent Callebaut has designed and proposed a 1,000-unit plug-in matrix for “The Pearl of the West Indies”, inspired but the organic form of coral. The project, appropriately, if not bluntly named “the Coral Reef, is built upon seismic piers off the coast of the mainland. Destined to be composed of modular units, stacked on one another not unlike Legos, each plot would allow for families to have their own land, grow their own food and enable the minimization of energy usage, resulting in a sustainable, environmentally-friendly community. In 2010, a hurricane registering a 7.0 on the Richter Scale left the country devastated and in desperate need of rehabilitation. The matrix would serve as a rehoming location for refugees. From the architect:

The project is eco-designed and integrates all the bioclimatic systems as well as the renewable energies. Actually, the sea thermal energy conversion is made in the coverage of the pier by using the difference of temperature between the superficial waters and the deep waters. The kinetic energy from marine currents is converted by hydro-turbines under the pier into electrical energy; the sinusoidal pergolas on the roof attract the solar energy by photovoltaic panels and a park of spiral wind turbines is planted in the great tropical garden that covers the logistical basis.

The prototype offers a positive answer to a crisis and disaster area with sustainable and standardized rebuilding, as well as collective social housing. Sounds promising. I’m curious as to what the actual finished project would look like. From the renderings it looks quite breathtaking. Read more about “The Coral Reef” here. 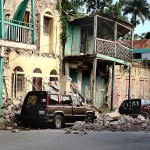 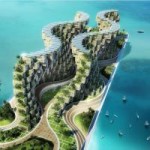 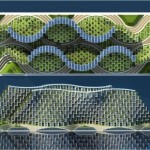