Have you ever been to a big reefing event and notice that there is a pattern? A trend? This year at MACNA in New Orleans, I noticed a pattern. Care to guess what it is?

To start things off, early Friday (first day of MACNA) morning during the neptune Systems breakfast, the company’s spokesperson dropped a bombshell on us by announcing the launch of their calcium, alkalinity, and magnesium (holy trinity of reef keeping) test unit called Trident.  Originally announced as an only-alkalinity monitor by Jim Welsh during MACNA 2016, this was drastic and shocking improvement that caught everyone by surprise. 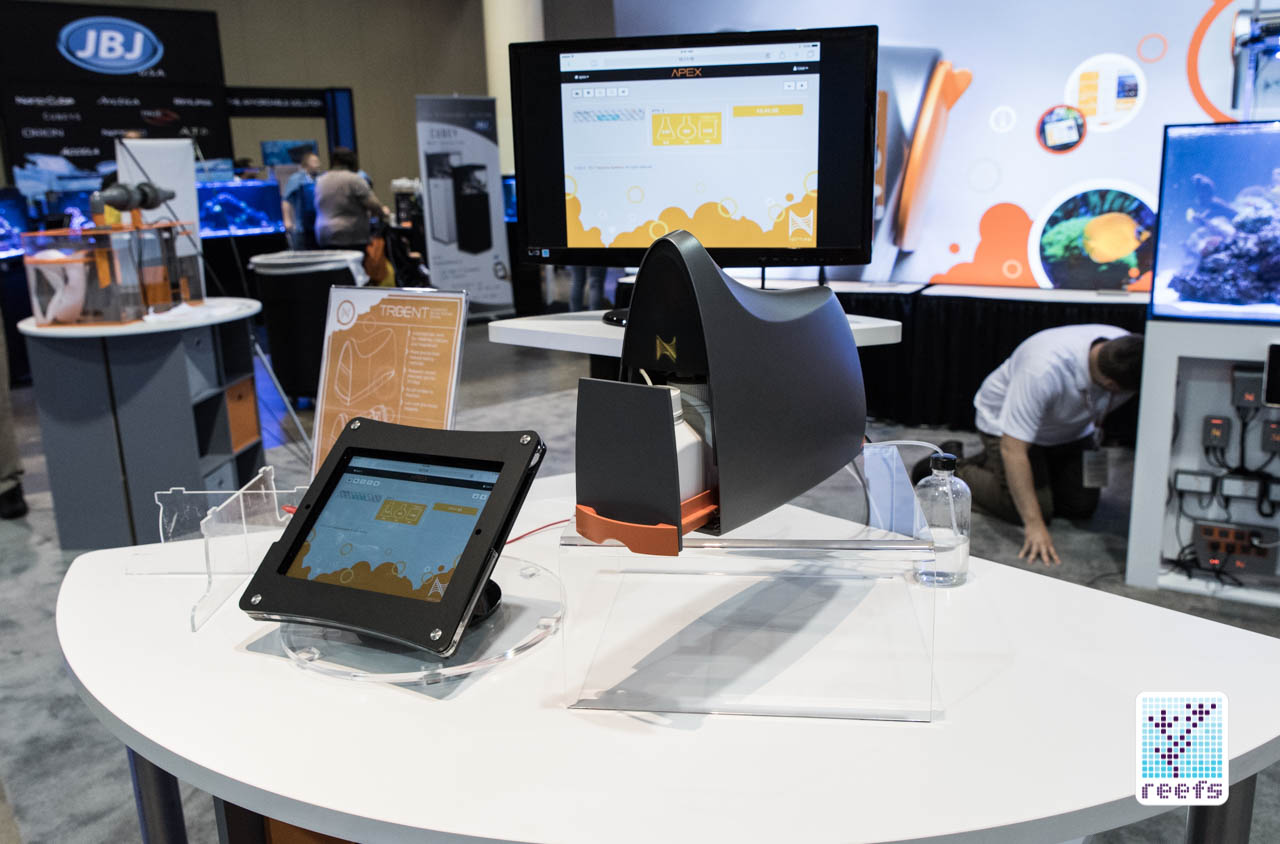 This is from their press release:

“The Trident basically automates the proven method that you (and scientists) already know and use – Titration. Since the Trident uses micro-drops delivered via a stepper-motor driven peristaltic pump along with an electric eye, we have taken the human element out of the equation.

The Trident produces amazingly consistent results. Alkalinity is +/- 0.05 dKH and both Calcium and Magnesium are +/- 10ppm. Incredible precision that runs laps around other units or test kits out in the market. ”

Video on Trident with Terence Fugazzi and Jim Welsh

This product won our “Best of Show” award for MACNA. 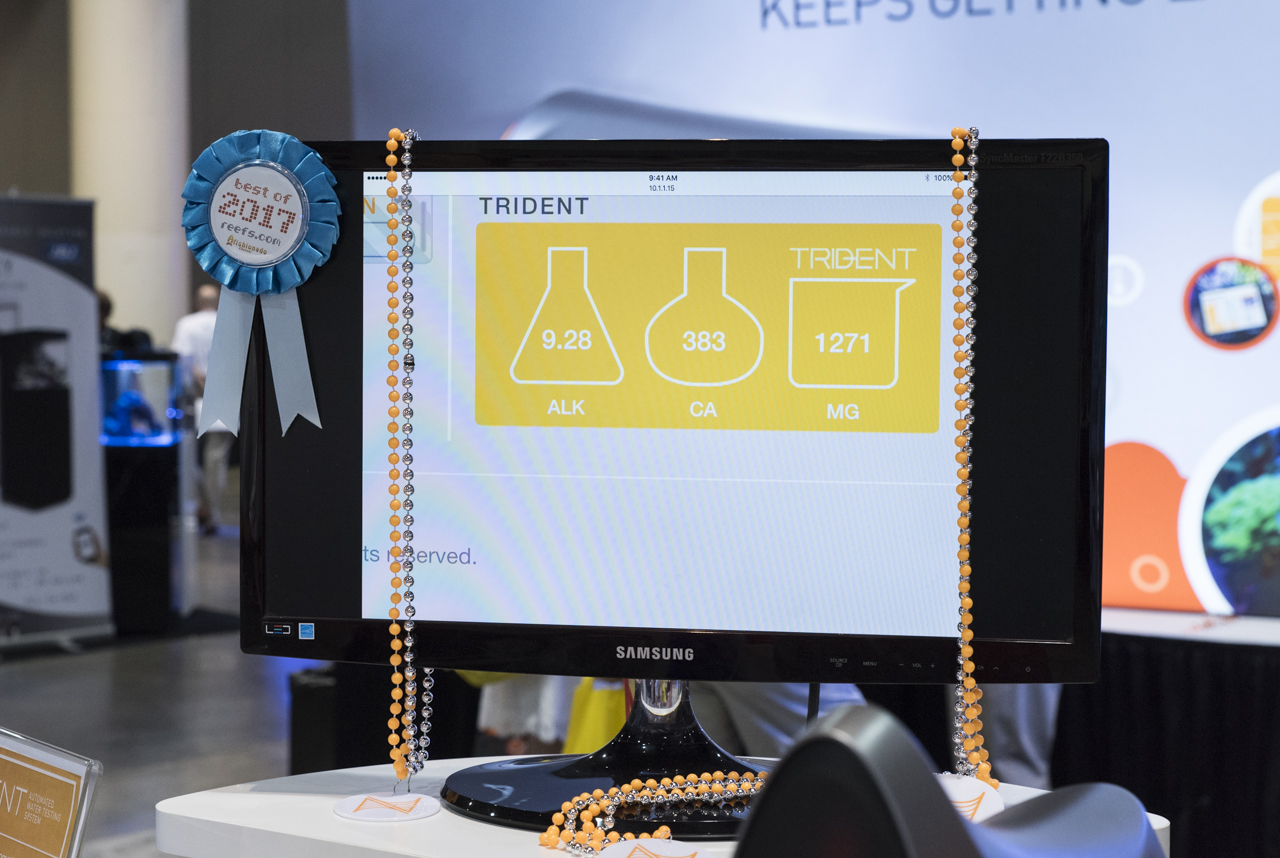 The second unit we saw was Reef Box from Reef Kinetics. 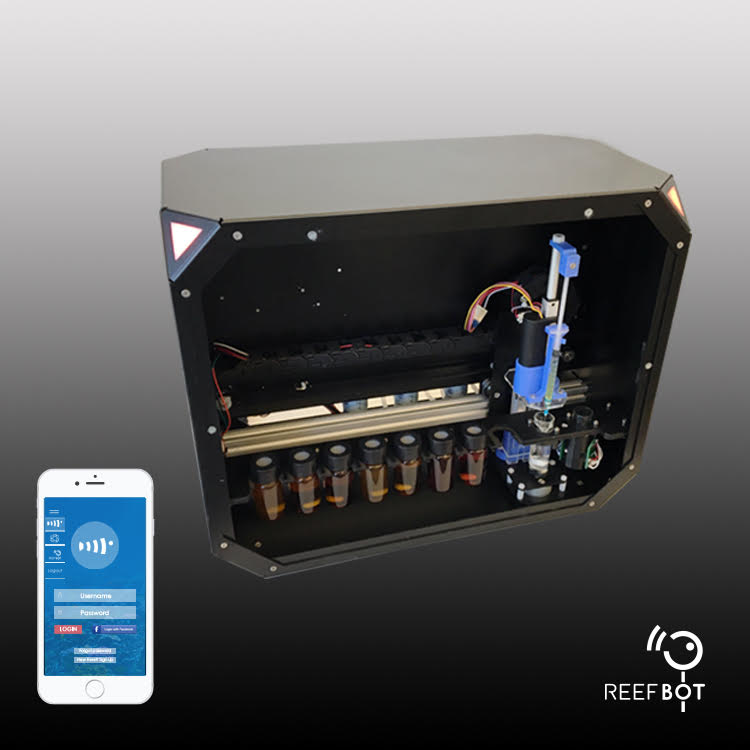 One of the hidden gems of 2016 MACNA, the company has refined and perfected their method of auto titration methods. How is this unit unique?
They use the same kits that we use and have come to love. Computerized cleaning, magnetic stirring, and simple approach as well as simple web and app interface, this unit gained mass appeal with the general audience on the show floor. One thing that stood out to me was what elements they tested. They are capable of testing calcium, alkalinity, nitrate, and phosphate.  For a lazy person that constantly checks these elements and nutrient levels, this was almost a Godsend. No other autotest kit in our aquarium world tests for nutrient levels and I was happy to see that they decided to go this route.

You can check out the video that I did with them here:

The third unit is the first alkalinity monitor that came to the market.  KH Guardian and its little brother KH Monitor from Coralvue. 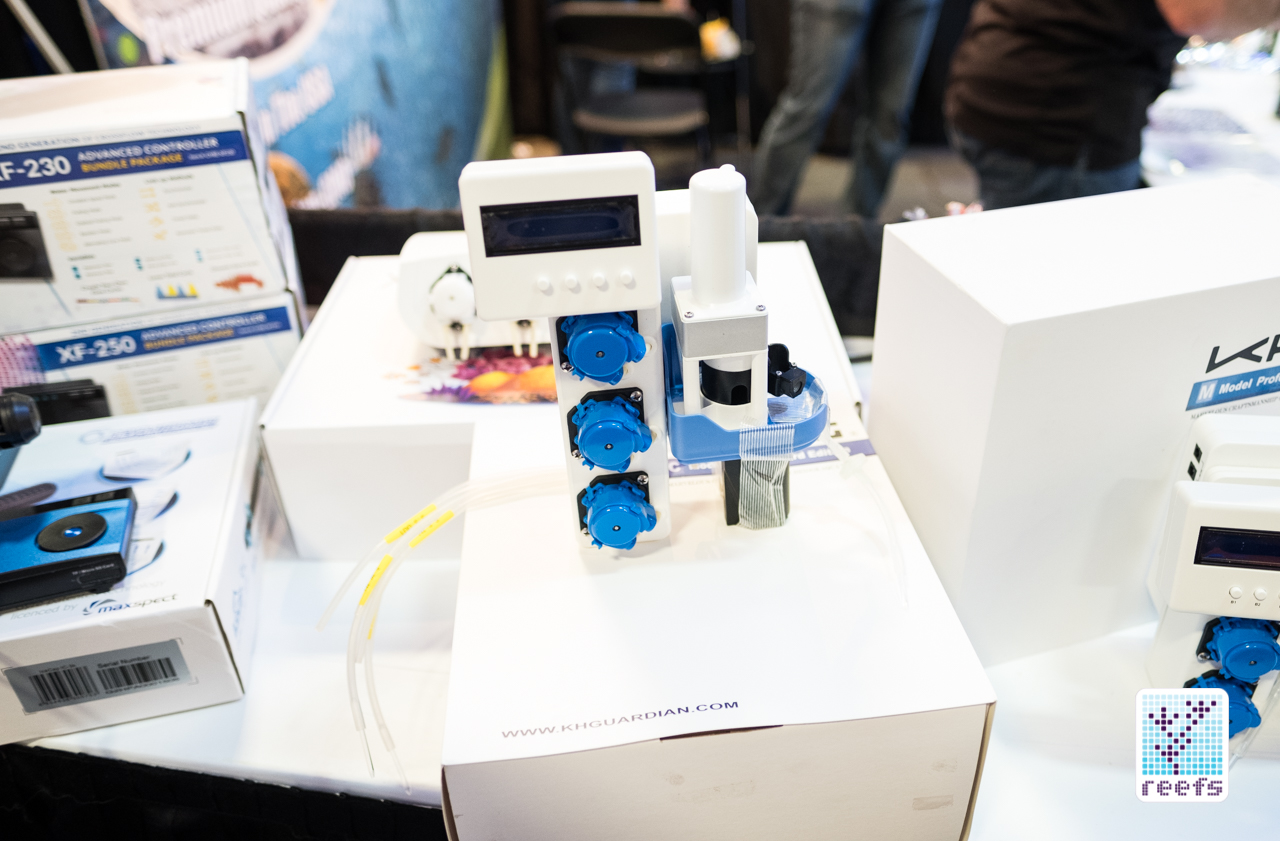 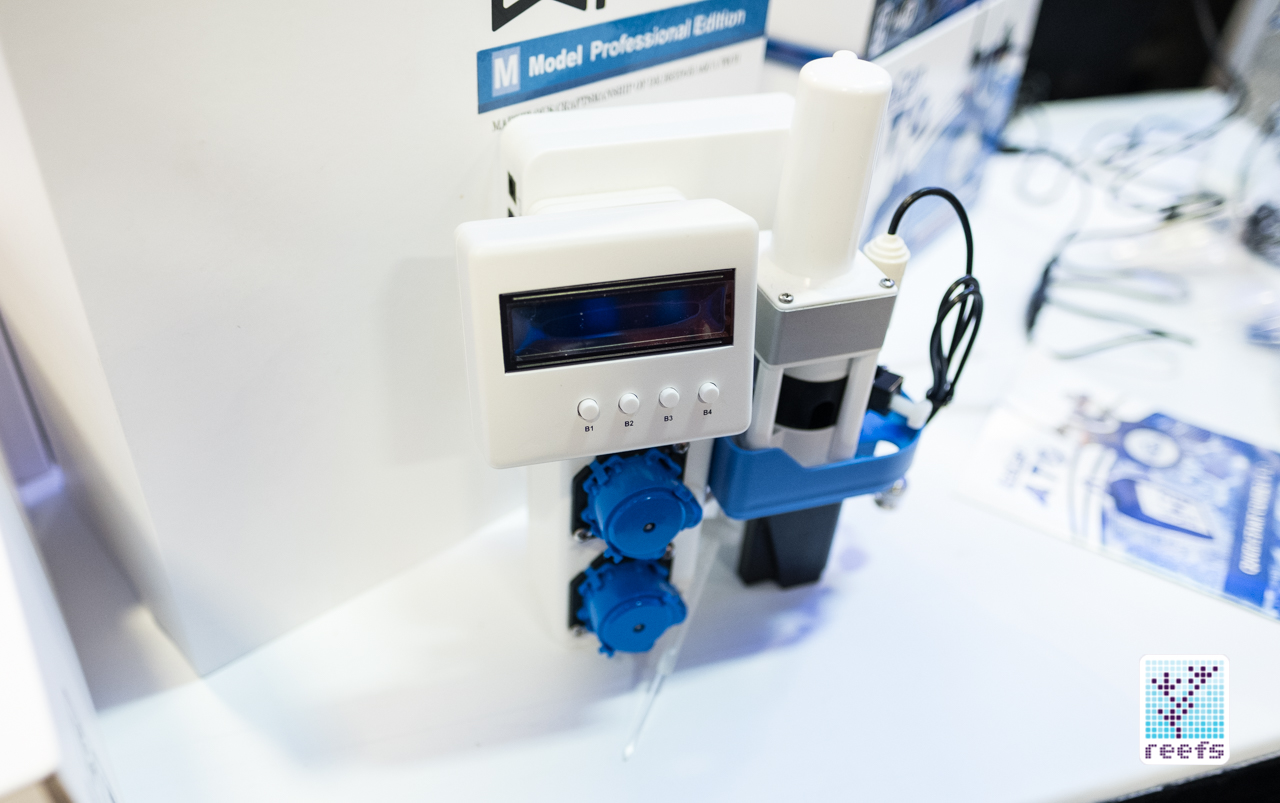 We reported first here on Reefs.com about the arrival of this unit, and had a detailed interview with the president of Coralvue David D’Aquin, and the Procurement Director, Ricardo Laso about this unit. This year at Orlando Reef a Palooza, they released a monitor version which takes the dosing out of the equation, and slashes the price to nearly half of what it was. After getting the first unit to enter stateside and running it for close to a year connected to my Apexcontroller via Advanced Interface Module, I was able to get steady reading of my alkalinity that tested every 4 hours throughout the day. 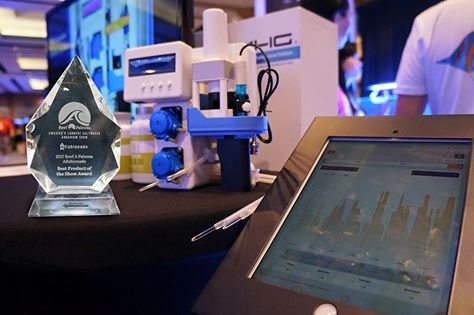 It won the Afishionado award during 2017 Reef A Palooza Orlando for “most innovating product”.

You can see the interview that I did with Coralvue: 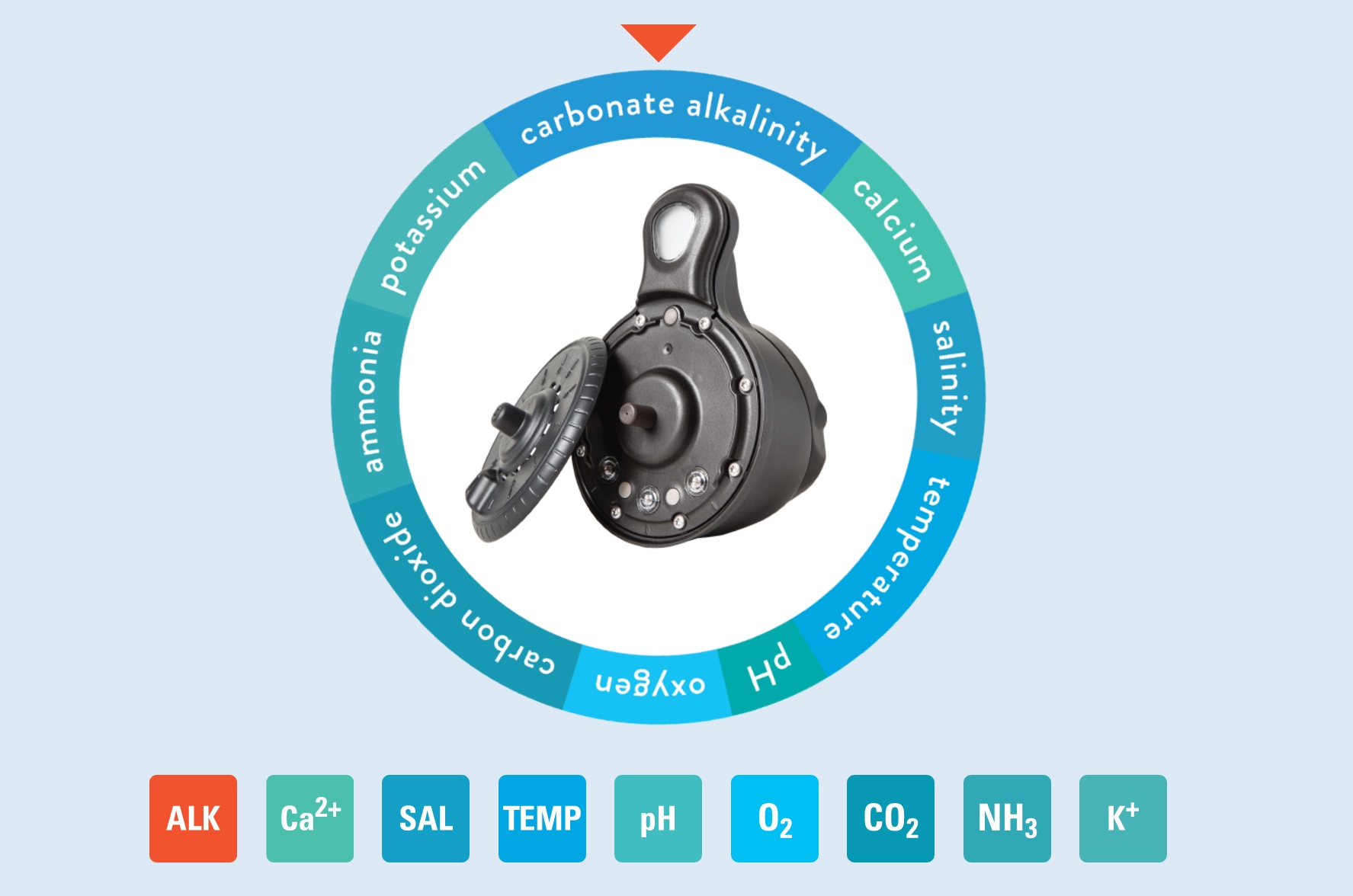 After what has seemed to be a very long time in production, this unit is now ALMOST ready for prime time. It’s not listed on their site but the company said that they are refining magnesium into the mix so this should be fun to see. Did you notice the c02, o2 and K+ levels? Yeah, I did too, and I think it’s the first and only machine to automatically test K+ on our list. They had these units displayed in many different tanks throughout MACNA to show them in action and I am very excited to see how everything will unfold. It really has been long time coming. 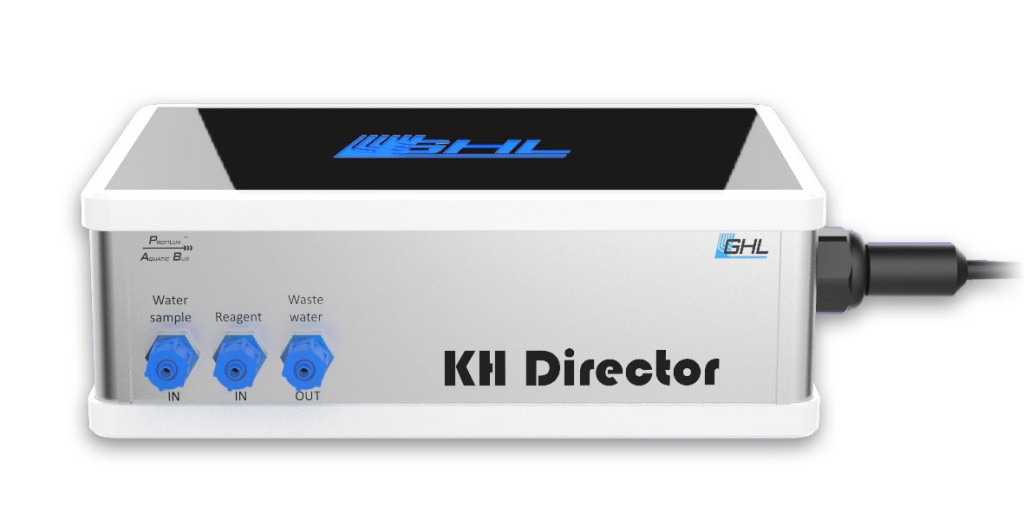 I spoke to Vinny Altamirano who is the Sales Manager of GHL USA  regarding this unit and found out quite a few interesting facts:

We are proud to say that the KH director will be backwards compatible with our ProfiLux 3 controller. Those who have this controller will be able to fully benefit from all that the KH Director has to offer.

With the KH director, users will be able to specify how many times per day they would like to have their KH tested. Test once per day, twice per day, or more, the choice is yours.

There will be two color options available, black or white.

KH director can be set to log your test results. This will give users the opportunity to catch sudden KH swings and/or anomalies. This data can then be viewed at any time via the cloud (myGHL) or any device access point.

The device can be programmed to dose a user-defined amount of KH supplement if the KH test result comes back lower than the desired KH value. KHD automatically compensates for any KH decreases by overriding a current dosing schedule and adding the appropriate amount of KH after a test. If the KH result shows that it is too high, a dose will not occur.

– How a test will work

– What you need to run the KHD
As mentioned above, the KH director will require 3 dosing pump motors. The KHD will be offered as a set which includes the KHD as well as a Doser 2.1. Customers will also have the option to buy only the KH director.

Not out in the market yet but there is a lot of hobbyist buzzing surrounding this unit.
Armed with 4 pumps, with 2 very precise stepper motors, it promises accuracy and precision.
Word is that it will be 3rd party controller compatible so you high tech reef keepers that get this unit can sleep better at night. 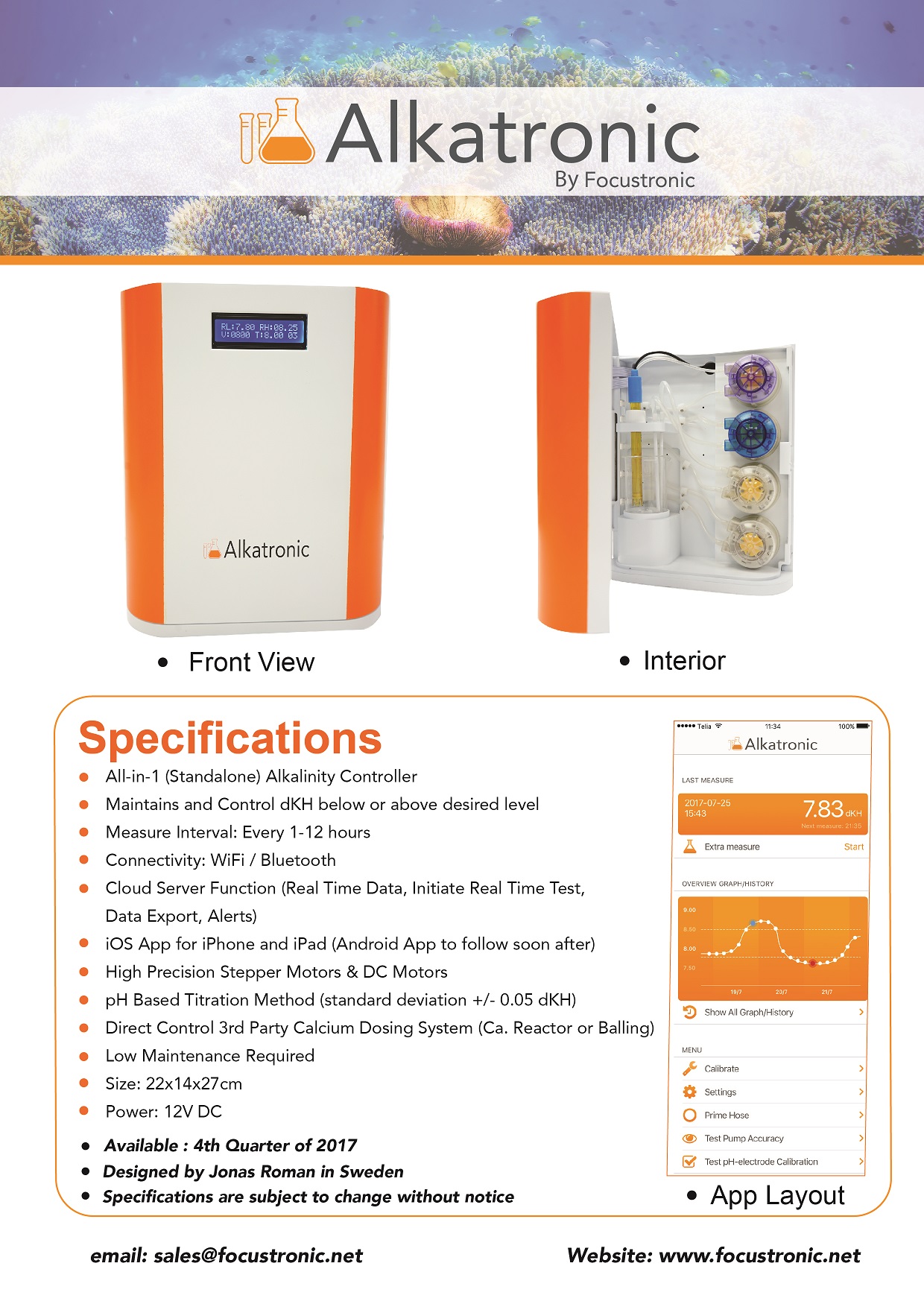 Pacific Sun announced their version of alkalinity module. Unfortunately I didn’t get to see this unit so I won’t be able to tell you about it in detail. 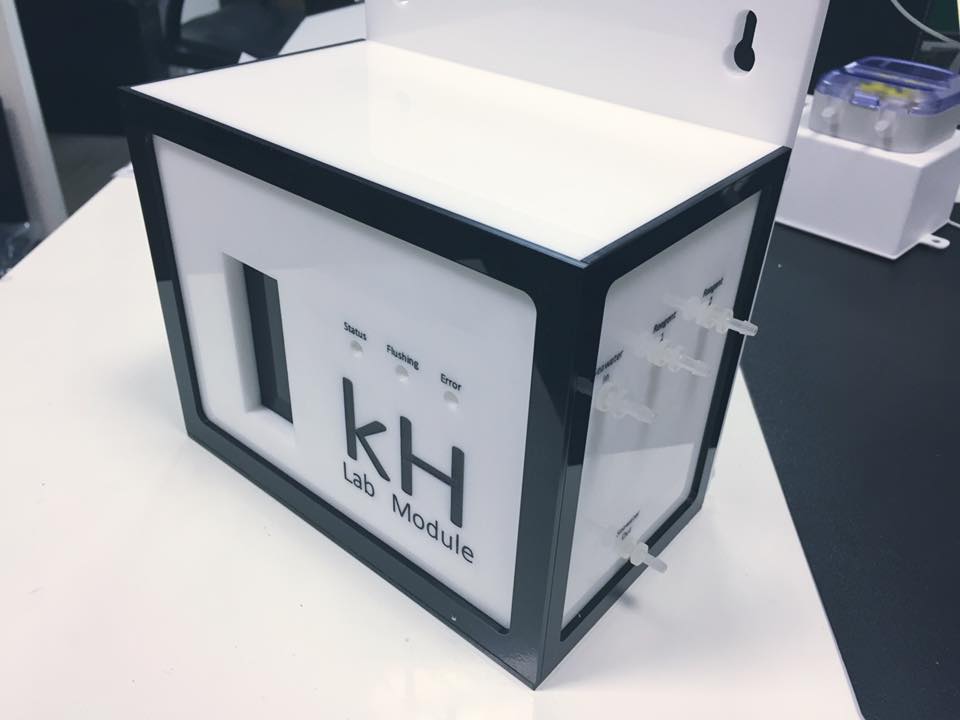 It’s amazing how far we have come in our hobby. I told several people during MACNA last year, when the alkalinity monitors were announced, that it will change the landscape of our hobby and I still think that it will. Maintaining pristine water parameters are what we all should strive for and it’s getting easier and easier to keep a successful reef with all these new innovative products. Less time fiddling around and more time enjoying. Sounds like a win to me. Well… we still need more time to take the glue off of our hands, but that’s a different story for different time.