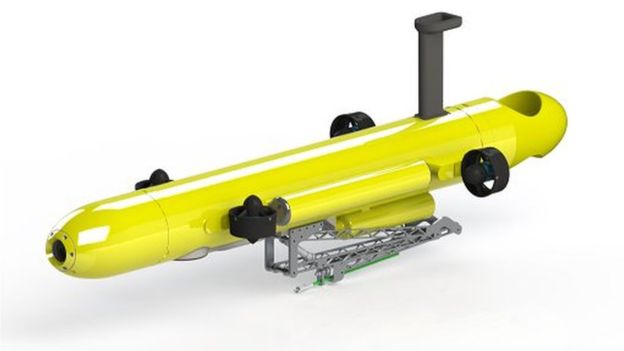 This is pretty awesome. The Crowns Of Thorns Starfish Robot (COTSBot)is a submarine with a purpose: it hunts down crown of thorns starfish and gives them a lethal injection. The COTSBot “is designed to operate without a tether, and execute missions with minimal human interaction once deployed.” Once the robot is ready to go, it can hunt Australia’s great barrier reefs for up to six hours at a time. It uses cameras and algorithms to identify the crown of thorn starfish. Once it has targeted its prey, it hovers over the robot long enough to lower a needle and pump poison into the starfish. The vision system is 99% accurate, and the poison, harmless to other sea creatures, causes “discolored and necrotic skin, ulcerations, loss of body turgor, accumulation of colorless mucus, loss of spines and large, open sores that expose the internal organs,” according to researchers at James Cook University. Previously, this work was done by human divers. With the development of the COTSBot, this process is now entirely more efficient. This is great news considering the major problem that the Crown of Thorns Starfish poses on Australia’s reefs. The COTSBot may be just whats needed to keep up with the starfish’s rapid reproduction. MORE