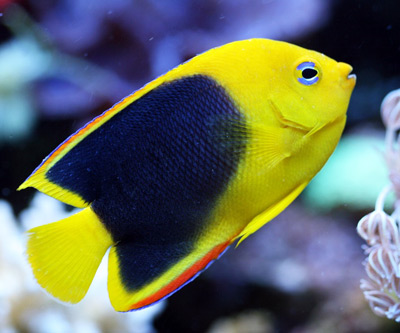 On one of my earliest dives down in the Florida Keys back in the 1990s, a gorgeous yellow and black angelfish caught my attention as I drifted over a section of reef. In my mind’s eye, I envision the angel hovering boldly above a large barrel sponge, but I can’t be sure whether that’s actually how it happened or just an idyllic memory. In any case, I was taken with its distinctive appearance and wondered whether it might make a good aquarium candidate. As anyone familiar with the fauna of the tropical western Atlantic has already guessed, the angel I saw back then was a rock beauty (Holacanthus tricolor)—a species that, unfortunately, tends to fare poorly in marine aquaria and is generally best left to advanced fishkeepers or, better yet, in the ocean where it can beguile other divers. I’ll get into why in just a moment.