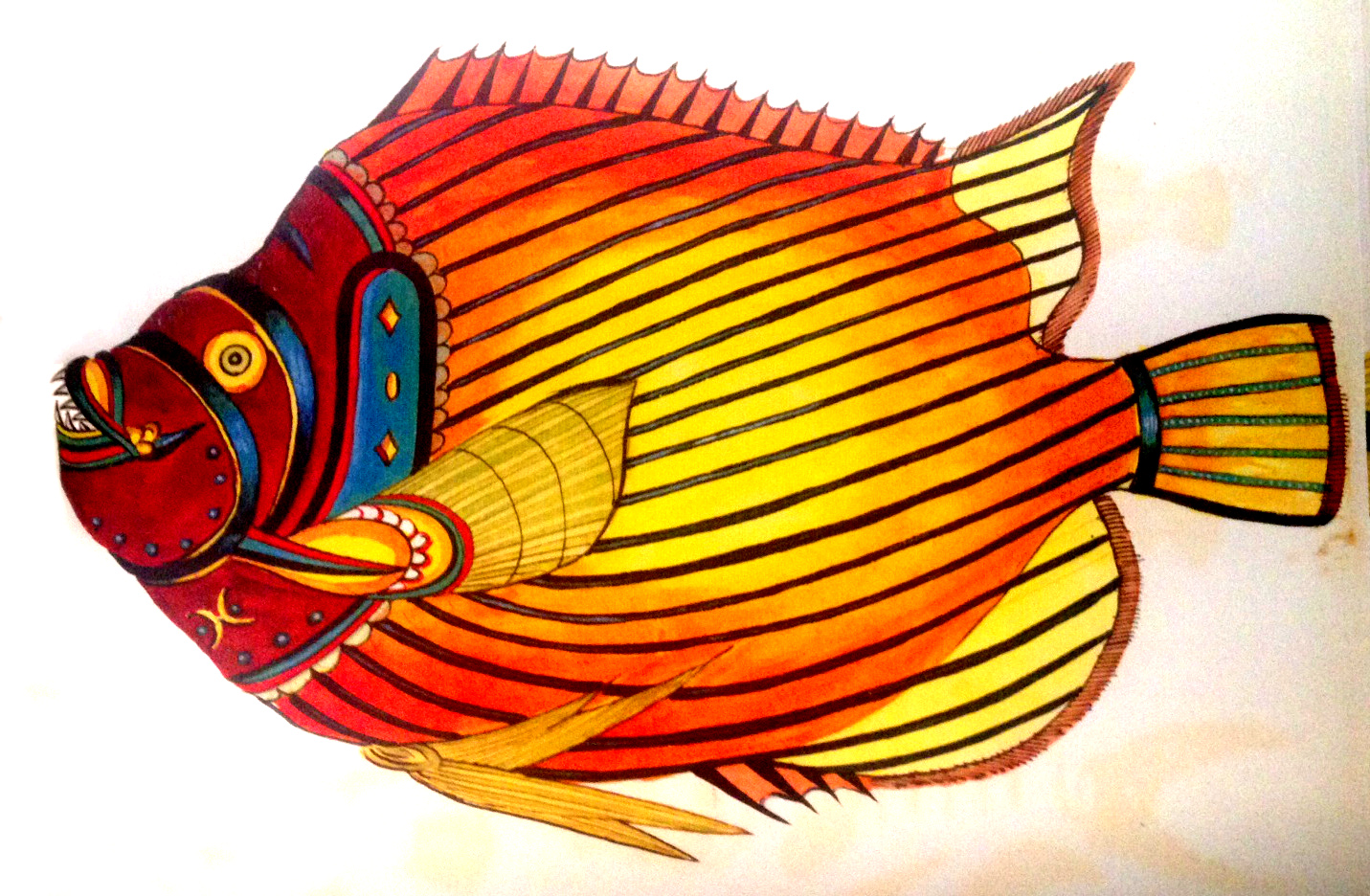 The Imperator Angelfish. Fallours accurately depicts the Pacific Ocean form, with its threadlike extension of the dorsal fin.

The illustrations featured in this article represent the earliest color images of Indo-Pacific coral reef fishes ever to be printed. They originate from a compendium on the marinelife of Indonesia published in Amsterdam in 1719 by a part-time pharmacist/British spy and illustrated by a soldier-cum-clergyman’s assistant with a knack for embellishment. Neither had any particular experience or expertise in natural history, and this oftentimes shows through in the quality of their work. 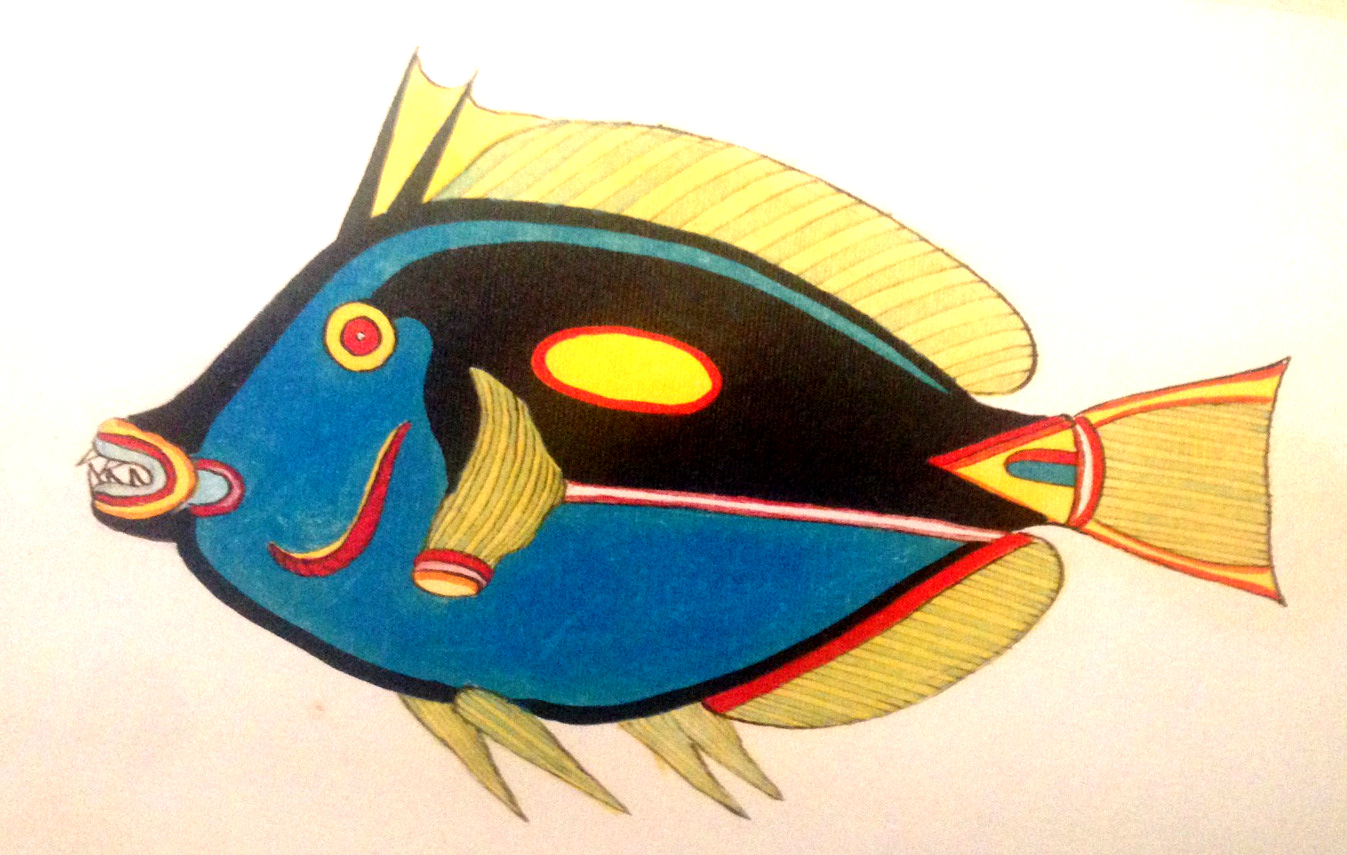 The Pacific Blue Tang, one of Fallours’ more accurate depictions.

“Fishes, Crayfishes and Crabs, of Diverse Colors and Extraordinary Form, That Are Found around the Islands of the Moluccas and on the Coasts of the Southern Lands” was the only scientific work ever printed by Louis Renard. The first edition, of which only one-hundred copies were ever created, was comprised of some 460 hand-colored illustrations. Surviving copies are exceedingly rare (34 are known), and only three have ever appeared at auction—the most recent fetched over $86,000 for the complete two-volume set. 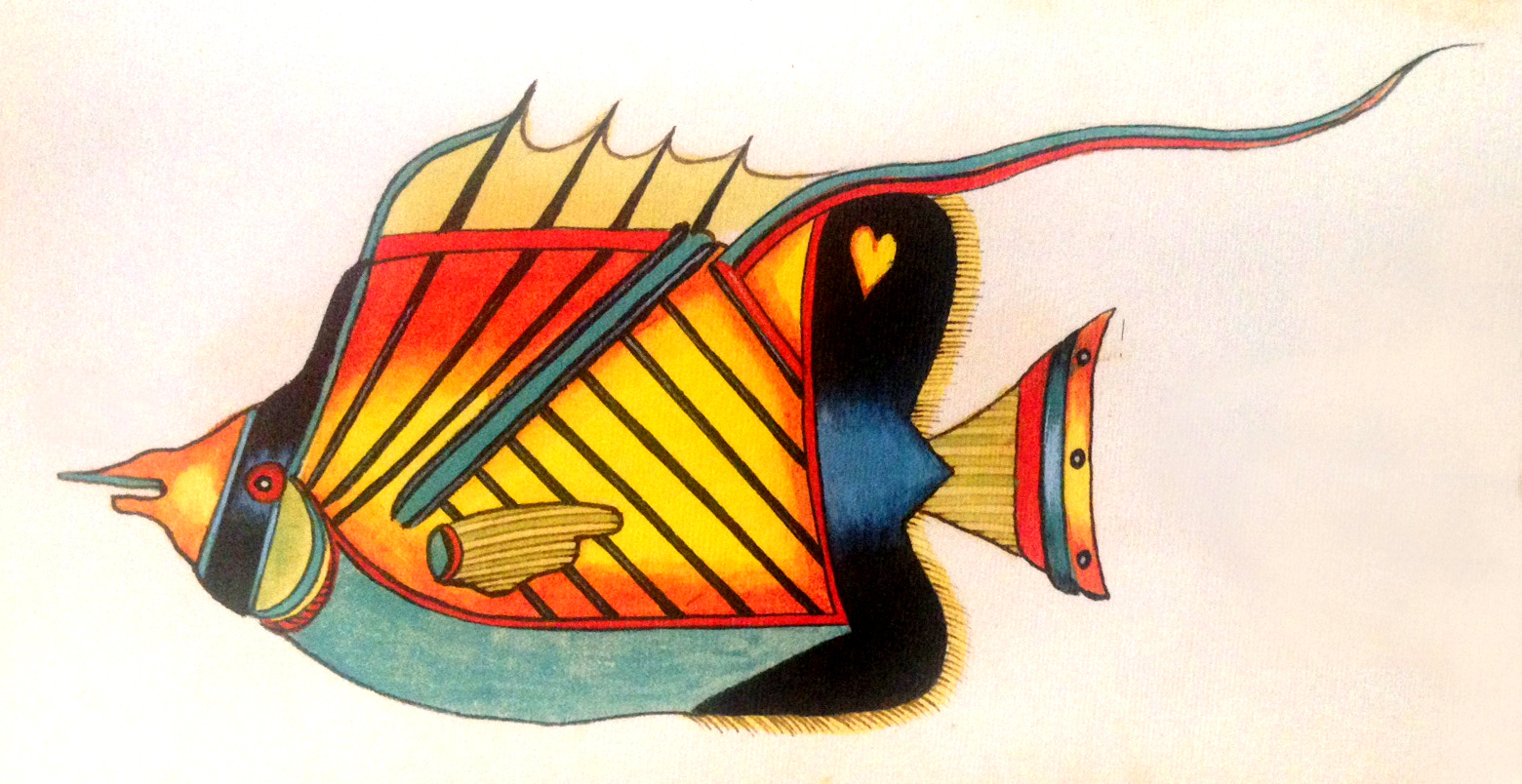 Sadly, the Threadfin Butterflyfish doesn’t actually have a heart-shaped spot in its dorsal fin.

These drawings were originally produced for the Governor and Director of Ambon and Banda, a Mr. Balthasar Coyett, who clearly had a fascination with the unusual fishes and crustaceans in these foreign lands. Locals would bring to him live specimens, which were kept in containers and drawn by various artists commissioned for the project. Of these early piscine portraitists, the work of Samuel Fallours has gained particular notoriety for his ebullient use of color and the rather phantasmagorical manner in which he depicted his subjects. 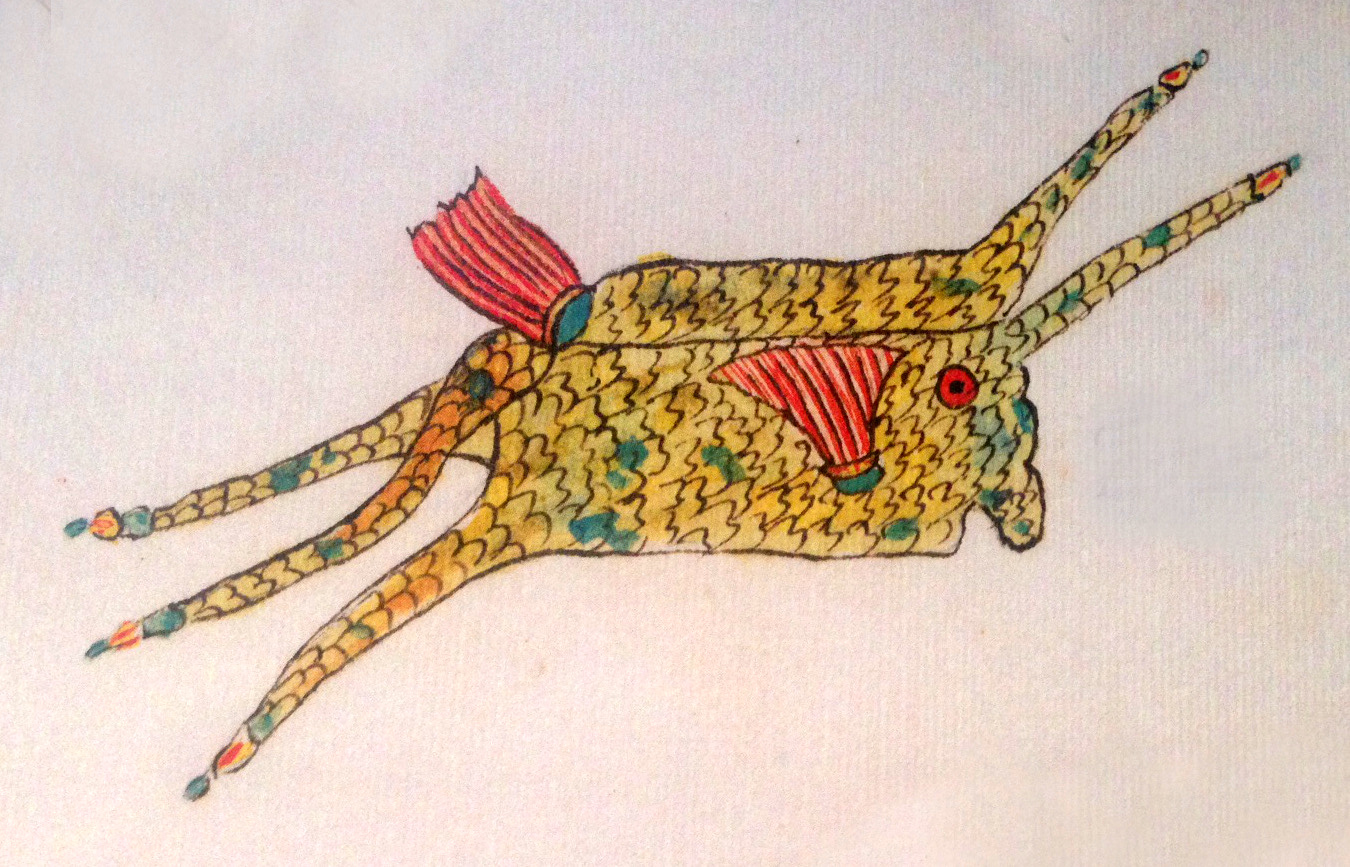 Fallours’ drawing of a cowfish is only slightly less-bizarre than the actual fish.

To his credit, Fallours’ fishes are often readily identifiable to species or genus, even if they are more often works of inspiration than truly accurate illustrations. But what they lack in verisimilitude, they more than make up for in whimsy and originality. Butterflyfishes with little hearts in their fins. Crabs with anthropomorphic faces. Three-eyed scorpionfishes. Seahorses replete with itty bitty saddles for riding. And, for good measure, a mermaid. And that’s not to mention some of the truly odd creatures which seem more likely to have been drawn from a nutmeg-induced hallucination than any actual specimen collected from the reefs. 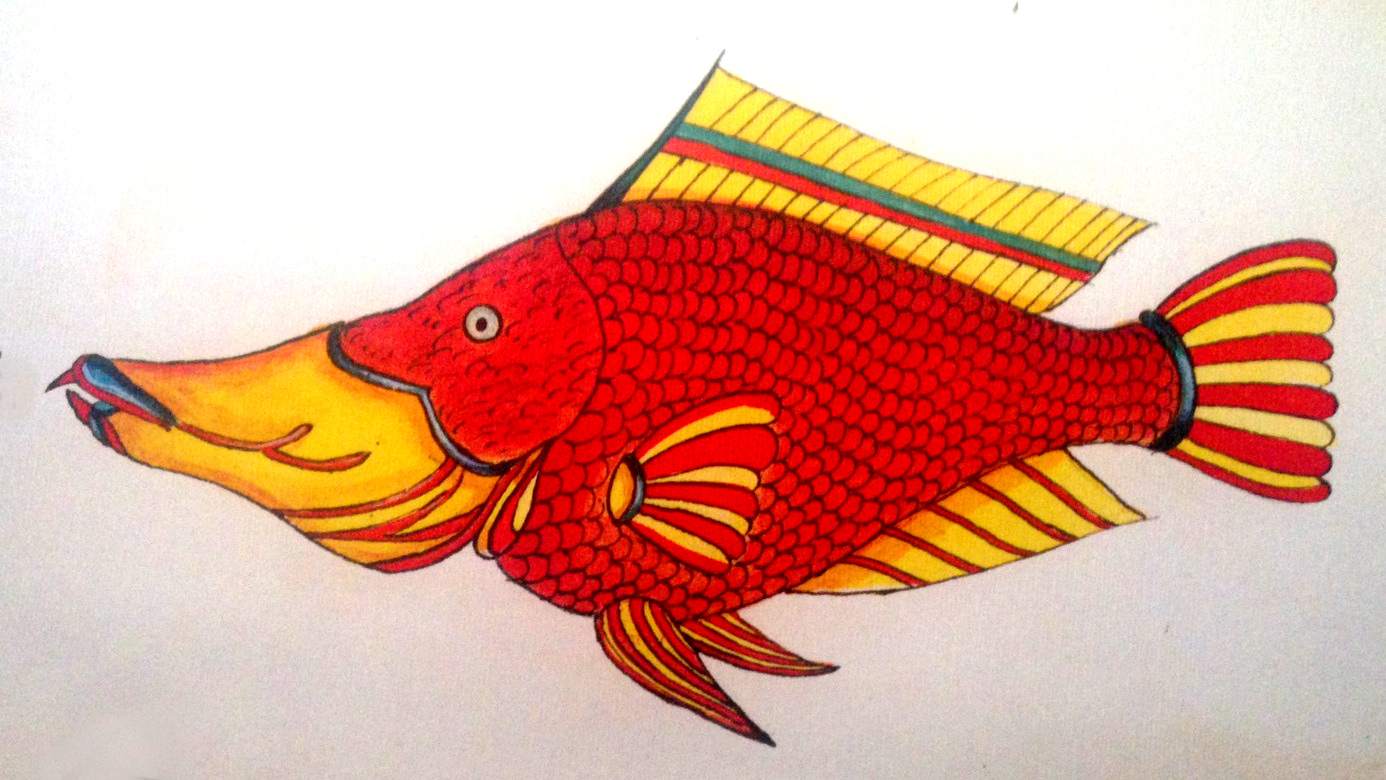 A Slingjaw Wrasse caught in the act of extending its capacious maw.

A rather abstract pipefish, said to represent Syngnathoides biaculeatus. Sure it is… 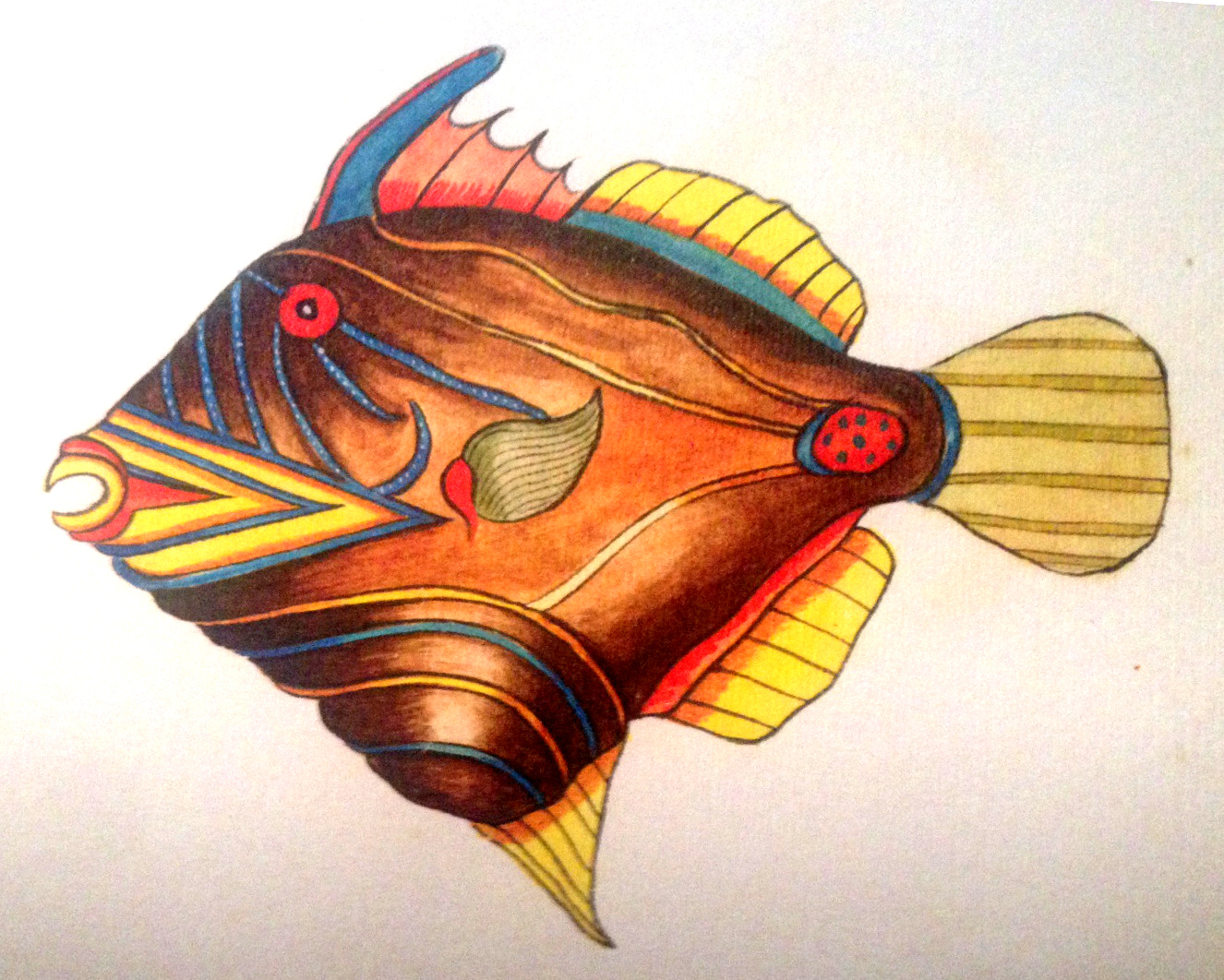