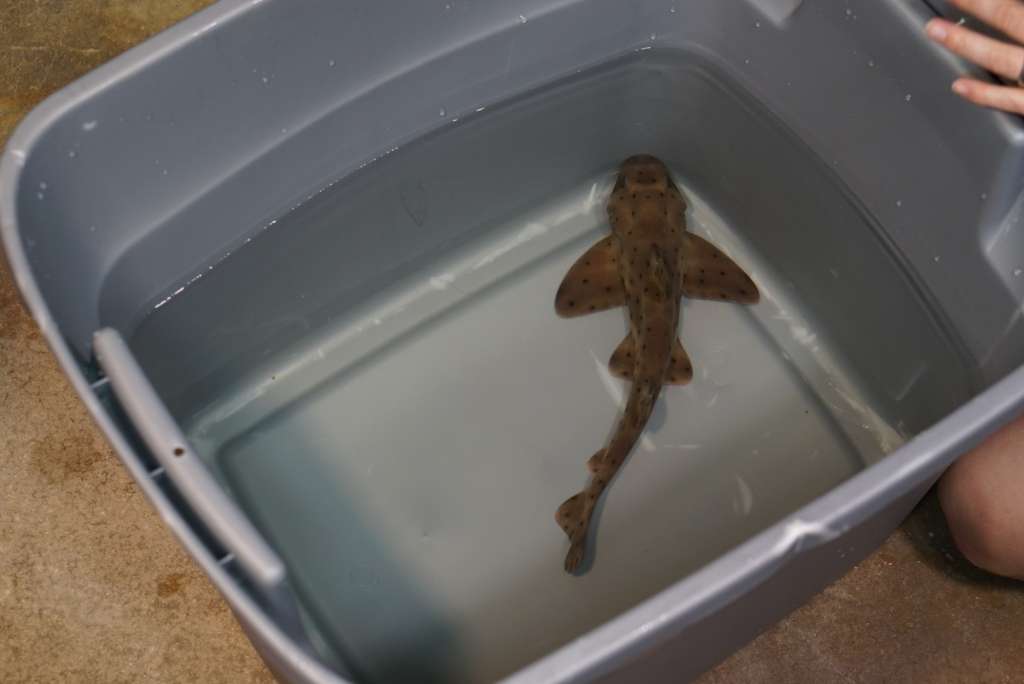 A gray horn shark that was stolen over the weekend is back home at the San Antonio Aquarium where a man was later arrested for taking her and placing her in a baby stroller.

Leon Valley Police Chief Joseph Salvaggio said Monday evening that the man, who was not been identified, later confessed to stealing the 1.5 foot shark after officers showed up at one of their homes with a search warrant.

The shark had been removed from the tank, wrapped up in a blanket and pushed out of the aquarium in the bottom part of baby stroller and placed in a bucket of water Saturday afternoon.