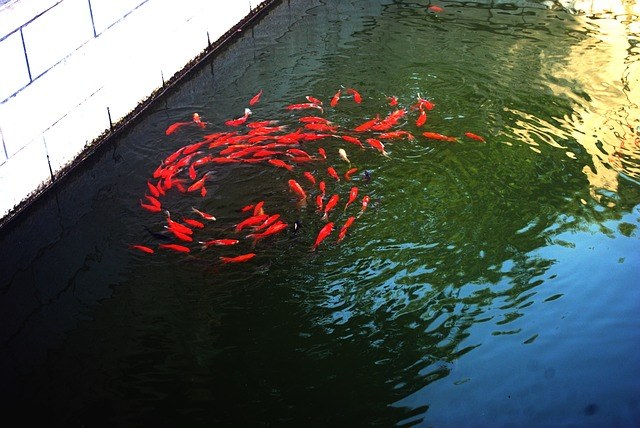 Goldfish are lovely animals when they’re not wrecking havoc in nonnative waters.


As part of a Mountain Lake (San Francisco) restoration project, earlier this month, the Presidio Trust administered 47 gallons of rotenone* into the water in order to kill all the fish because the lake had become completely overrun with nonnative carps (e.g. goldfish). Next summer, the Trust will restock the lake with only native species. *Rotenone binds to fish’s gills and is only toxic to fish.

The restoration efforts will be all for naught if nonnative species find their way back into the lake.  How did they get there in the first place?  People who no longer wanted their pet fish disposed their livestock into the lake.  Over time, these invasive fish bred and out-competed or consumed native species and drastically altered if not devastated the native habitat.  This is a phenomenon that is all too commonplace around the world.

To prevent the reintroduction of invasive species, The Presidio Trust will set up a special “amnesty pond” near Mountain Lake specifically built to allow people to dump their unwanted pet fish without endangering natural bodies of water.

People often dispose of fish into the wild with the best intentions.  Take for example the author of the SFgate.com article, who openly admits:

“Full disclosure: I once dumped a goldfish into the creek behind my grandma’s house. The other goldfish in the bowl died mysterious deaths, and I hoped to give the last fish standing a life of freedom. I’m assuming it died immediately because it was bred to live in a bowl, not a creek, but I like to imagine it became a giant man-sized goldfish that haunts the backwaters of Northern California to this day.”

She hoped her goldfish lived a long and happy life in the wild, but this is actually exactly what we do not want to happen. As inhumane as it sounds, it is far better for a fish to die than for it to thrive in nonnative habitats.

Never dispose livestock, substrate, and aquarium water into lakes, ocean, or waterways! It doesn’t matter if you think it’s “just water” or one little fish or algae.  ABSOLUTELY NO EXCEPTIONS! And since the holiday season is upon us, we strongly discourage everyone from buying fish as gifts for the unsuspecting.  Animals really do not make good gifts for the unprepared.  Consider sending fruitcake instead.   Unwanted fruitcake has never destroyed ecosystems (as far as we know).