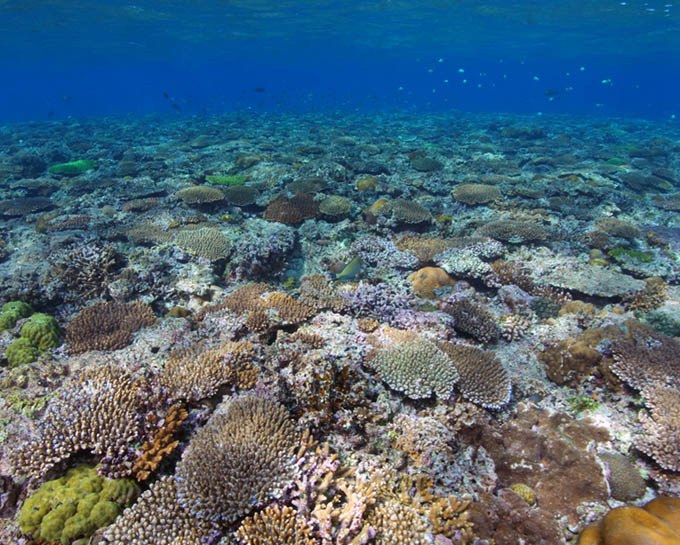 Reefs of Okinawa … on the move? Photo by Klaus Stiefel (Creative Commons)


The abstract for the paper summarizes:

Our results, in combination with recent findings suggesting range expansions of tropical coral‐reef associated organisms, strongly suggest that rapid, fundamental modifications of temperate coastal ecosystems could be in progress.

Formely temperate waters will increasingly serve as refugia for tropical corals and organisms.  The study also concludes that “in regions with poleward current flows (east coast of the United States [Precht and Aronson, 2004], east coast of South America, east coast of Africa and east coast of Australia [Figueira and Booth, 2010]) the speed would be much greater.”