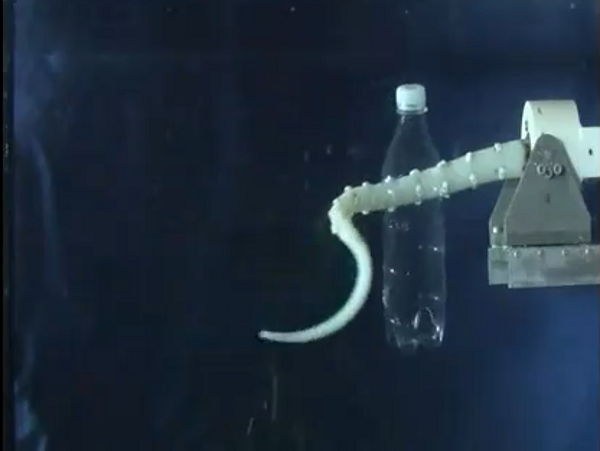 
The Scuola Superiore Sant’Anna University, Pisa, Italy in conjunction with groups from Switzerland, Israel, Greece, and Italy have embarked on a research project to completely replicate the plasticity, skill, and agility of a live octopus. The below video is pretty eerie in its similarity to octopus arm movement:

Currently as the above YouTube video shows, they have been able to replicate one arm of an octopus in its dexterity as well as its suckers.  They have still to make the seven other arms work in conjunction with each other; However they’re only two years into their four year project.

We look forward to seeing how this project progresses!