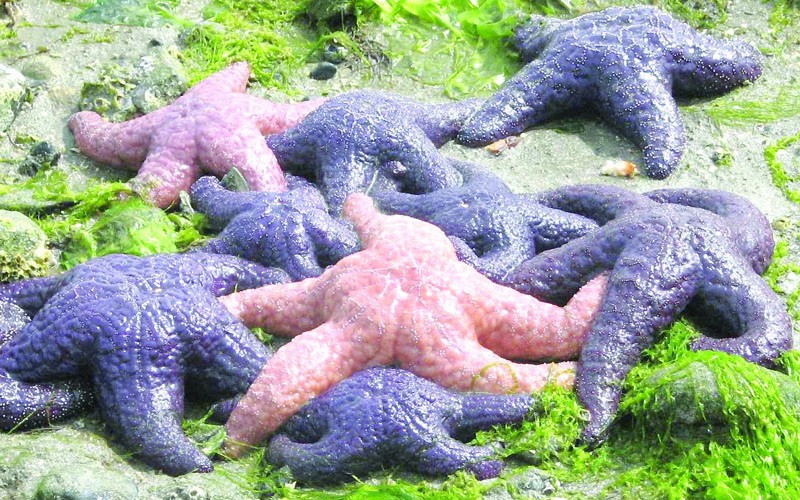 The Starfish Epidemic has been sweeping through the West Coast since 2014, the cause has been unknown so far. it has decimated the starfish population. I have written about ‘Starfish Wasting’ this year a few times, watching the disease spread further and further along the West Coast. The symptoms are synonymous with what you would expect with such a name, the Starfish literally look wasted away, with arms falling off or starting to separate and the starfish appearing milky or mushy. Scientists have confirmed that an infectious agent is to blame for the starfish wasting, but they are not sure if it is a bacteria or virus. They have confirmed it is spread through the water and through contact. MORE