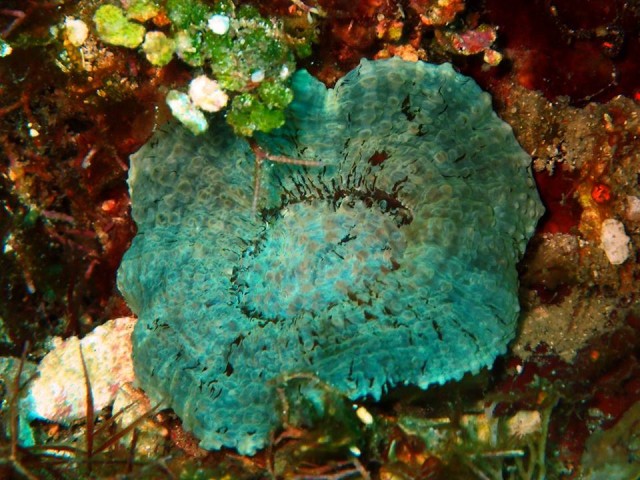 These large polyp stony corals are generally grey or brown, sometimes green, but this specimen is an incredible shade of turquoise; stunning and very unusual. Part of the family Mussidae, it can be found in shallow-water reefs in the Caribbean Sea, the Gulf of Mexico, the Bahamas, Bermuda, and southern Florida. Both beautiful and aggressive, the coral extends its stinging filaments  to readily drive back, attack, and often kill its neighbors, in order to stay as exposed as possible to the sunlight, which the photosynthetic (symbiotic) zooxanthellae in its tissues uses to produce organic compounds. This fleshy disk coral also consumes plankton (mainly at night) catching the tiny organisms with its ring of short tentacles.