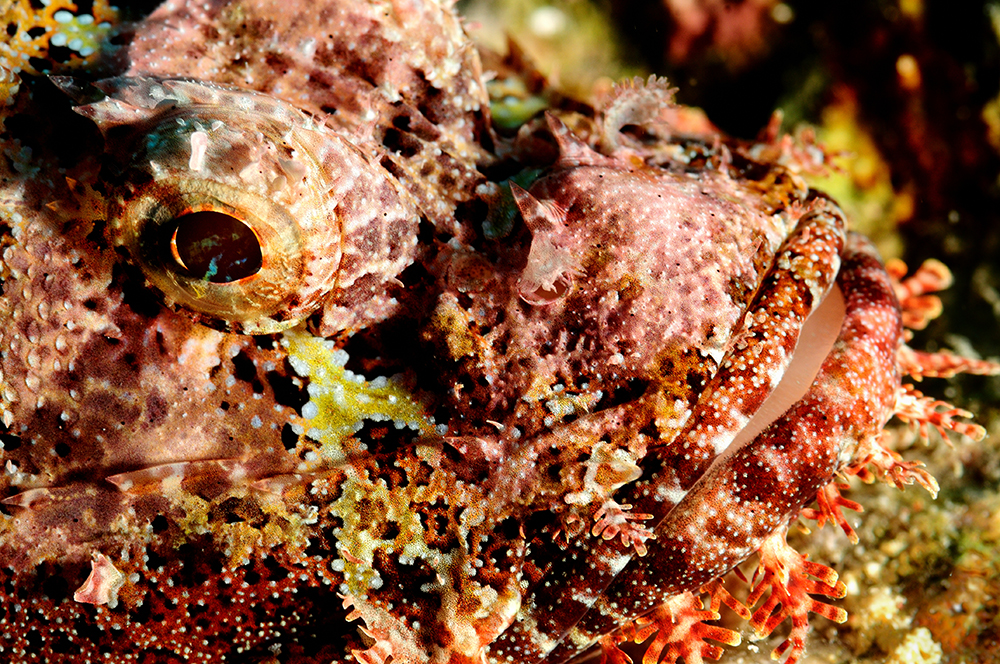 I’ve long been fascinated by fish that can ‘tune’ their coloration to their surroundings.  Some of the finest adepts of the art are the Scorpionfish of the genus Scorpaenopsis, which also happen to be easy to approach and photograph, a real bonus for me.

The Scorpaenopsis genus resides in the Scorpaenidae family, which contains a whole plethora of fascinating fishes including the Lionfishes and their allies (Pteroinae), mainly from the Indo Pacific region. 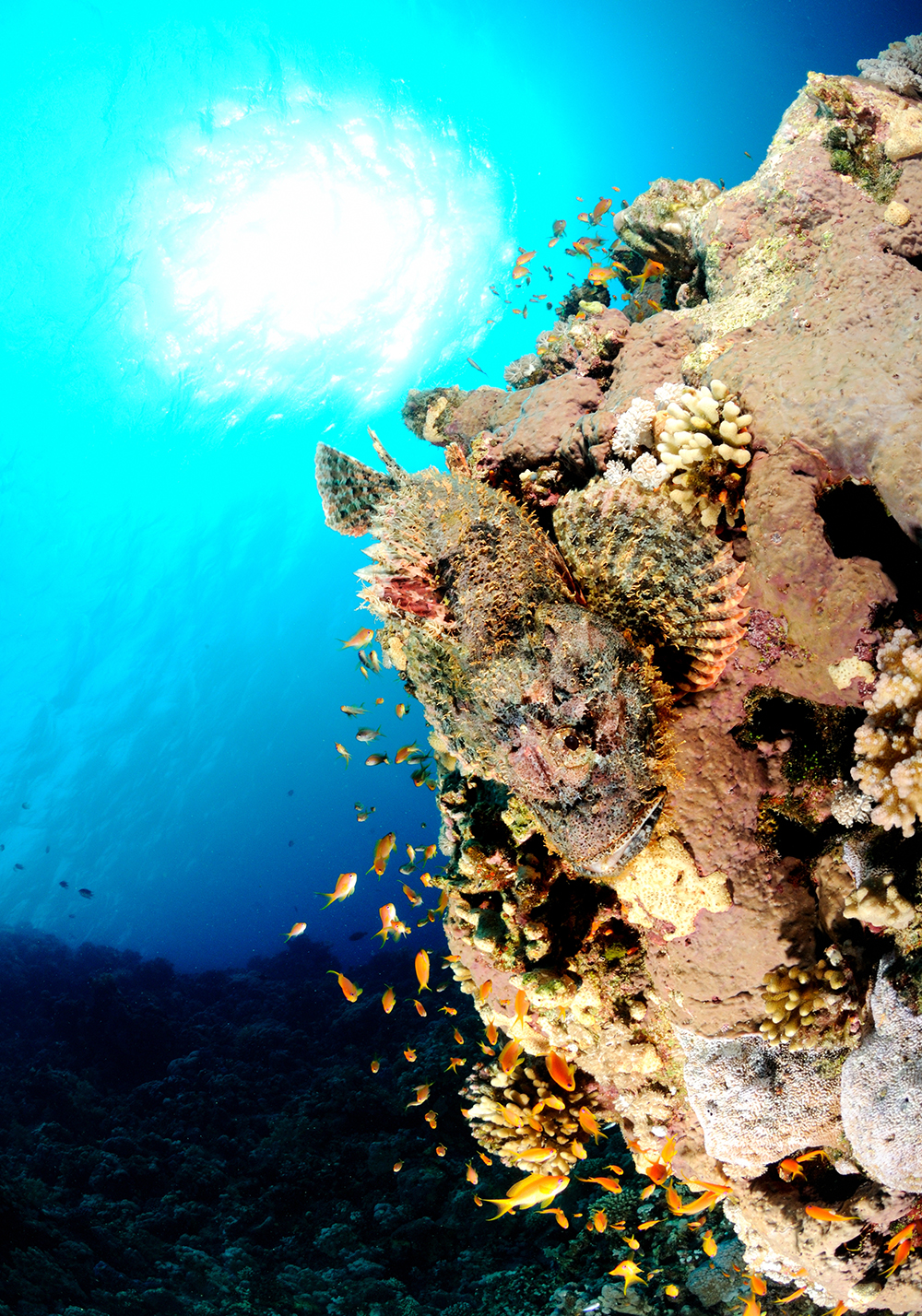 The species shown here, is I believe Scopaenopsis oxycephala.  As you can see it has wonderful markings and skin texture to help it blend in with its background.  It also has skin projections, notably around the mouth area, that further help it to blend in with coral-covered and coraline algae-covered substrates.  These skin projections also lend it the common name of Tassled Scorpionfish, though it is also known as the Small-scale Scorpionfish. 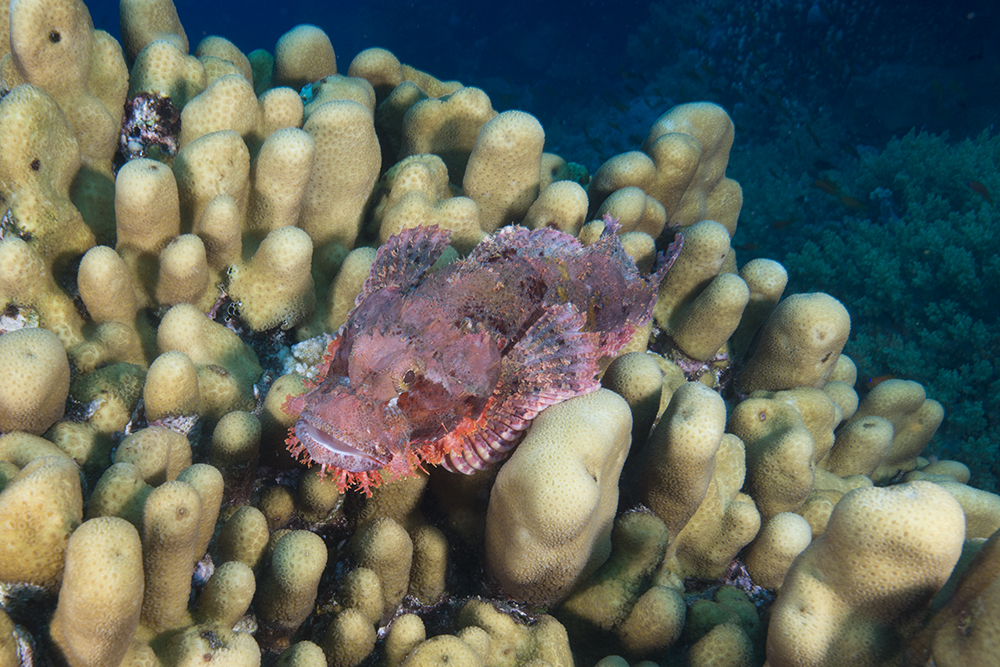 The fish have the ability to alter their pigmentation.  In these images, you can see a fish that is almost perfectly ‘tuned in’ and one that has, I suspect, recently relocated onto a Porites coral head, leaving it quite visible. 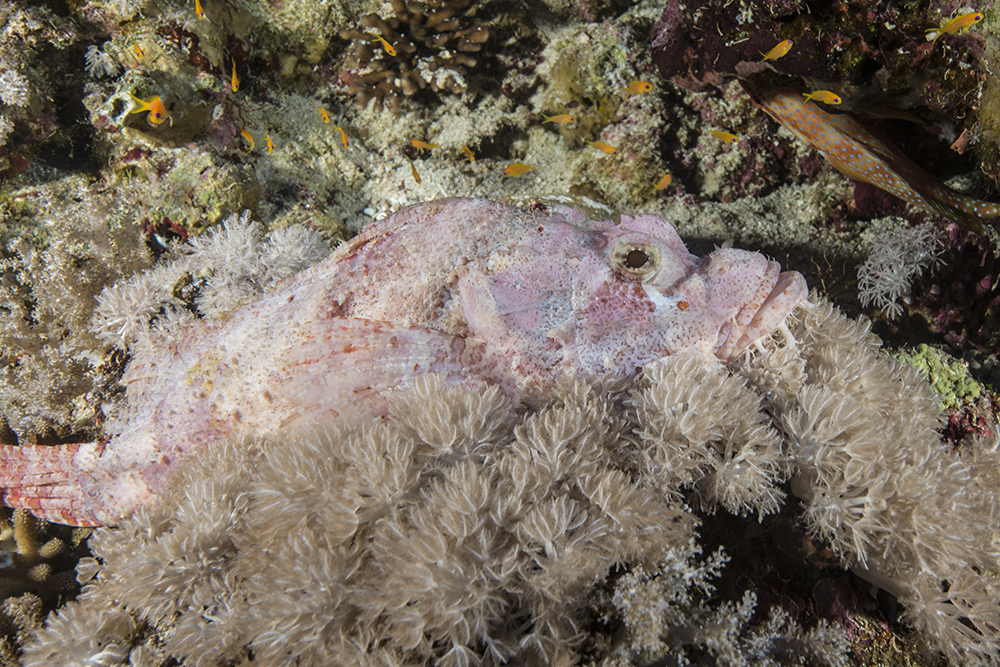 In this image, you can see a fish that is trying very hard to blend into a growth of Anthelia, which is something I’ve never seen before.  Again, I’m not sure its working brilliantly well and you could almost get the impression the fish is saying ‘look, I’m trying my damned hardest ok!”  Of course, scorpionfish may spend a lot of time in Anthelia, they’re just a lot better than this one.

Sticking close to the substrate and blending in is a strategy that works well. These fish are not good swimmers and rely on their prey items getting lose before they strike.  Like many ambush predators they can move quickly when they need to, expanding their large mouths in the process to ‘gulp’ their prey.