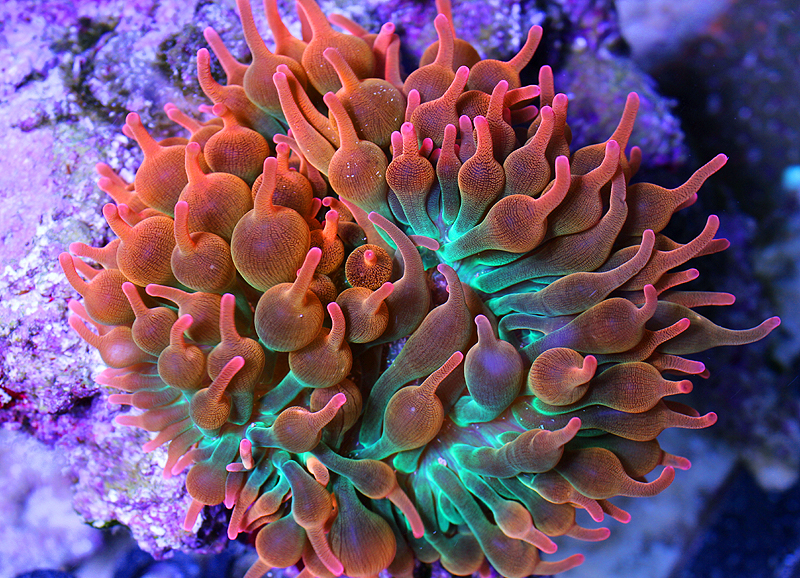 During sexual reproduction, sea anemones release genetic material (gametes) through the oral disk. With many species of sea anemones, genetic material from two or more distinct species are released into the water whereby sperm and egg will connect with the possibility of producing a genetically different and unique offspring from both parents. The genetic differences among multiple offspring increases the probability of survival.

The method of reproduction typically observed by aquarium hobbyists in the tank is known as fission, a form of asexual reproduction. Fission (or binary fission) is when an organism splits into 2 separate individuals. It is believed that when an anemone reaches a certain size the likelihood of fission increases; it is also believed that environmental stressors may increase the chances for fission.
MORE