This week, Seaworld has announced it will be challenging the recent ban on  captive Orca Breeding. The California Coastal Committee issued a ruling that imposed restrictions on Sea World California, most notably, the restriction on Orca Breeding and prohibitions on the sale and transfer of Orcas in captivity. After the decision was made, Sea World issued comments illustrating its discontent, stating “breeding is a natural, fundamental and important part of an animal’s life and depriving a social animal of the right to reproduce is inhumane.” SeaWorld company President Joel Manby said it “defies common sense that a straightforward land-use permit approval would turn into a ban on animal husbandry practices — an area in which the commissioners have no education, training or expertise.” 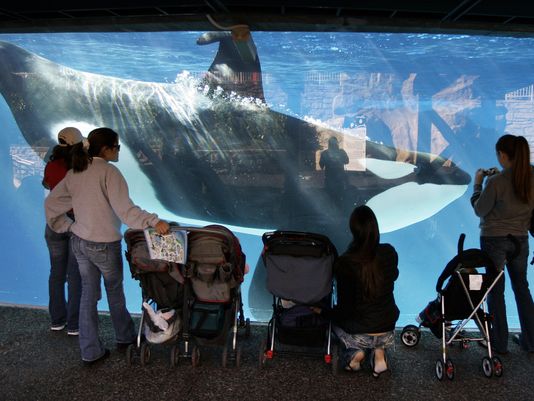 Sea World most recently has stated that it will be pursuing legal action and has hired a law firm. It is not clear the path that Sea World plans to take. “The Coastal Commission went way beyond its jurisdiction and authority when it banned breeding by killer whales at SeaWorld,By imposing broad new jurisdiction over all future SeaWorld marine animal projects, as well as aquarium projects elsewhere in the state, the commission has overstepped both federal and California law,”Manby said. Activists were not surprisingly excited and supportive about the Coastal Commissions decision. Although the Commission stated they have not seen a legal complaint and could not comment, other activists have. “SeaWorld is blowing smoke,” said Jared Goodman, an attorney with People from the Ethical Treatment of Animals.The commission “acted fully within its authority when, as a condition of its approval of building new tanks, it placed a ban on breeding orcas,” Goodman said. MORE