Seahorses have been a reoccurring theme this week and I couldn’t be happier! At the end of last week, friend of the Aquarium and local fisherman James Bricca brought us a pregnant Hippocampus erectus. We put the baby-daddy into one of our seahorse nursery tanks to await his labor. A few days passed by and finally, late Monday afternoon,  he gave birth to a million babies! Okay, that may have been an exaggeration, but it was a heck of a lot of seahorse fry. Below is a video that I took shortly after they were born. 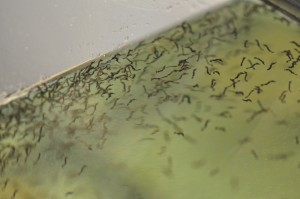 After removing the dad, I separated the fry into two tanks. I turned up the airflow and added a mixture of algae and copepods, specifically, Apocyclops panamensis, as well as some Euterpina acutifrons that I recently acquired from Tami Weiss. For more information on what techniques I use on rearing seahorse, take a look here.

Once these little guys are a few months old, I will put them in our “baby” display tanks. This is where we feature things aquacultured here at the Long Island Aquarium. 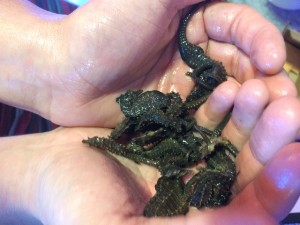 Local Seahorses collected for display at the Long Island Aquarium.

Another reason that I have seahorses on my mind is because I went seining on Wednesday with Master-Seiner Todd Gardner and my good friend Teddy Tilkin. One of our main goals was to collect some of the local H. erectus for my display at the Long Island Aquarium. It wasn’t long before we had pulled up enough seahorses to fill my exhibit and then some! 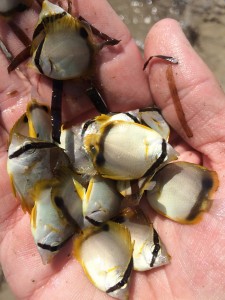 But seahorses weren’t the only thing that we collected. We caught hundreds of Spotfin Butterflyfish (Chaetodon ocellatus). There were so many, but we didn’t keep any of them; the only butterflyfish that we did keep from the trip was a lone Foureye (Chaetodon capistratus). Todd was also able to get some interesting photographs of mysterious things for his MACNA talk. As to what these “mysterious things” are, you’ll just have to go see Todd’s talk to find out! 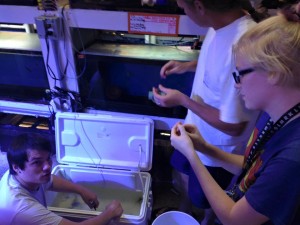 When we returned to the aquarium with our catch, Todd and I got to work collecting seahorse fin clippings for a research project going on at Vero Beach Marine Lab, a satellite lab of Florida Tech. The research is being conducted by Adelijean and Nancy Ho from VBML, as well as Steven Yong from the Seattle Aquarium; they plan to extract DNA from the fin clippings for their research on the genetic diversity within H. erectus. They are collecting samples from the Atlantic and the Gulf coast to better understand H. erectus’ range and diversity. For more information on their work, check out the Vero Beach Marine Lab website.
Now that these guys are settled into our quarantine system at the aquarium, they will have to sit tight for a few weeks until they are clear of any diseases. After that, they will be out on display –  come on out and see them! 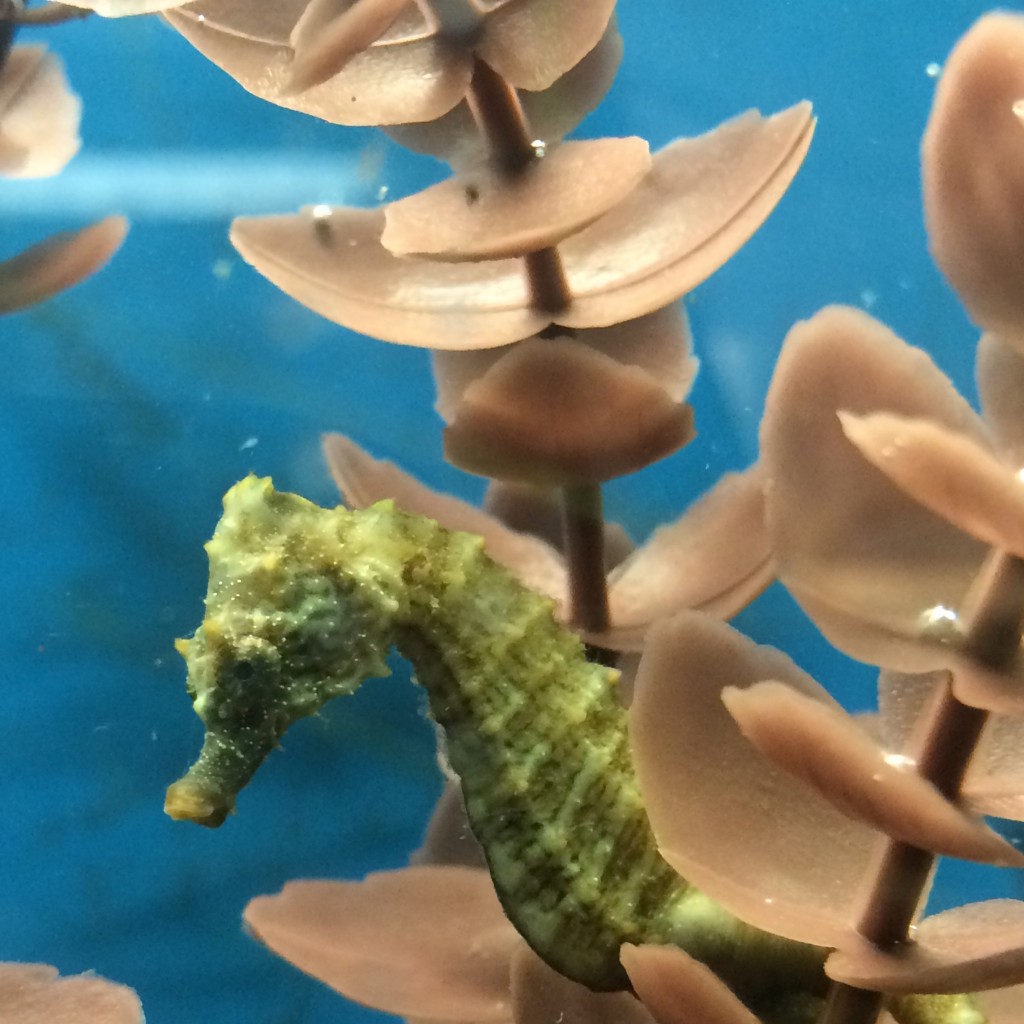