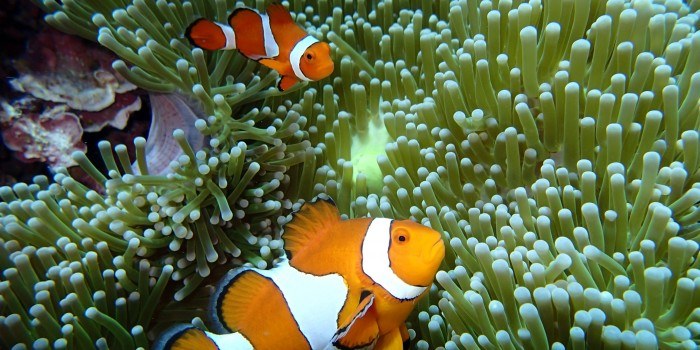 Sediment damages the gills and can increase the rate of disease in fish. Image: Ian McLeod

Researchers from the ARC Centre of Excellence for Coral Reef Studies at James Cook University have discovered that suspended sediment damages fish gills and can increase the rate of disease in fish.

“Fish gills are in direct contact with their environment and are the first line of defence in the animal’s immune response, which makes them the perfect place to look for damage associated with sediment,” adds co-author Dr Jodie Rummer.

“Plus, harm to this vital organ affects every activity in the animal’s body that requires oxygen,” Dr Rummer says.

For the study, the researchers simulated sediment conditions frequently found on inshore reefs on the Great Barrier Reef, but they say the problem isn’t limited to Australian waters.

Coastal oceans affected by suspended sediment tend to overlap critical fish habitats and nurseries. The research highlights the need for the continued protection of these crucial habitats.

Juvenile reef fish are often exposed to sediment as they swim in open waters before settling on a chosen reef. During this critical developmental stage they need great amounts of oxygen, but damage to their gills makes it hard for them to get it.

“The gills in sediment-exposed larval clownfish fish were congested, exhibiting twice as much mucous of what could be found in clean-water exposed fish,” says study lead author, PhD Student Sybille Hess.

“Sediment-exposed fish also increased the number of protective cells on their gills, presumably safeguarding the delicate tissue from the damage that sediment particles could cause.”

“Larval fish have very high growth rates. They’re swimming a lot, often over long distances. They have a very high metabolic rate and high-energy costs and need their gills to be working as efficiently as possible,” says co-author Dr Jodie Rummer.

The gills of affected fish were also found to harbour disease-causing bacteria.

“The presence of bacteria linked to fish disease on the gills of sediment-exposed fish suggests that exposure to, and accumulation of sediment, may trigger the development of fish diseases,” says co-author Dr Tracy Ainsworth.

“This research underscores the necessity for future coastal developments to consider the adverse effects of sediment on fish and reef ecosystems,” adds Dr Wenger.