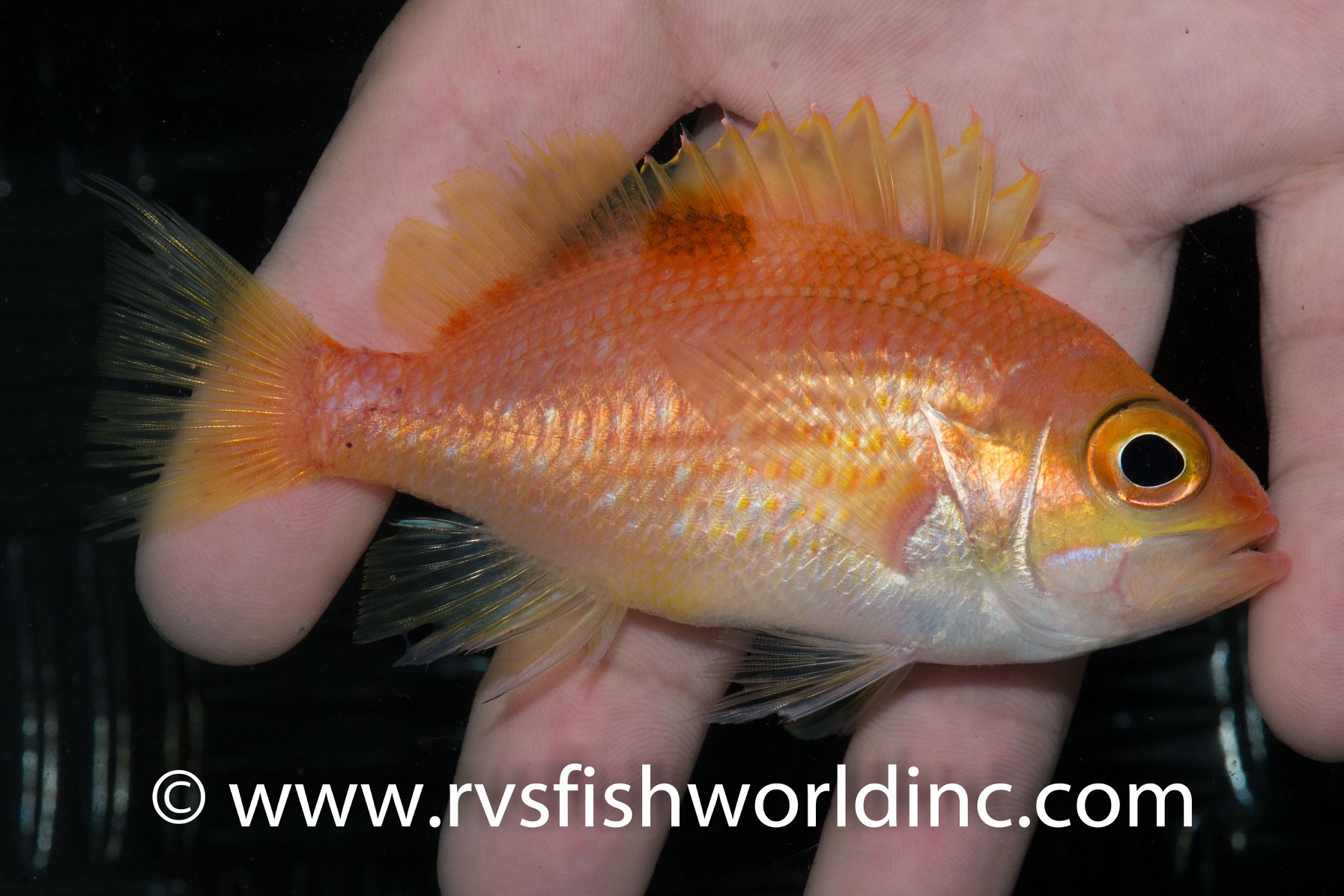 The deeper reefs of the Indo-Pacific are home to a number of colorful and highly sought after anthiadines, including Odontanthias, Sacura, Tosanoides, and many Pseudanthias and Plectranthias, but one name that often gets lost in this discussion is Selenanthias.

The group is still poorly known and little-studied, and its true place among the anthias is largely unresolved. It bears much in common with the Plectranthias perchlets (itself a poorly understood and likely artificial genus) but differs in having: 1) fewer gill rakers, 2) a differently shaped premaxilla, 3) outwardly directed canines anteriorly on the lower jaw.

There are presently three described species in the genus, known almost exclusively from the Western Pacific. The first to be discovered was P. analis in 1918, named from a single specimen found in a Tokyo fish market. The species is easily recognized by its mid-dorsal red spot (though it could potentially be confused with females of Sacura margaritacea, which have a black spot in the dorsal fin). The sexes show a small amount of variation, with males possessing a black marking in the rear of the anal fin and scattered white scales across the body, while females lack both these features.

In 1982, the French ichthyologist Pierre Fourmanoir named a pair of new taxa from trawled specimens, placing both into Plectranthias. His P. maculatus (collected from 130-175 meters in the Philippines) is clearly just a specimen of S. analis and is now recognized as a synonym, though, oddly, it was his other described species, P. barroi, that he regarded as being more similar to Selenanthias. His specimens for this species were collected from greater depths (300 meters) in the Chesterfield Islands of the Coral Sea and are described as follows:

“Pale pink color, almost white fins. The head is orange, a pink line follows the upper edge of the maxilla and passes through the preoperculum. The most prominent spot, dark orange, is at the base of the dorsal, between the spines VII and X, there are also two small dark orange spots under the spines IV and V, a spot in the middle of the base of the dorsal soft, finally a less distinct spot at the origin of the caudal peduncle. From the angle of the operculum five to six rows of longitudinal lateral and ventral scales, have a white mother-of-pearl color.”

The most recent addition to this genus was S. myersi, named in 1995 by John Randall based on a few specimens collected in the South China Sea and Guam at depths ranging from 110-220 meters. These specimens were considerably smaller than those reported for the other members of the group, measuring between 57-87mm (compared to ~130mm for S. analis and S. barroi), and the only noteworthy differences offered were a slightly narrower distance between the eyes and one extra gill raker. It was also noted that the anal fin lacked the black spot of S. analis; however, since the specimens were already preserved in alcohol, this was the only comment that could be made regarding the coloration. But since this black spot is only relevant to males of S. analis, there’s very little of significance to distinguish these two. Given their largely overlapping distributions, it seems likely that S. myersi is really nothing more than the juvenile of S. analis. 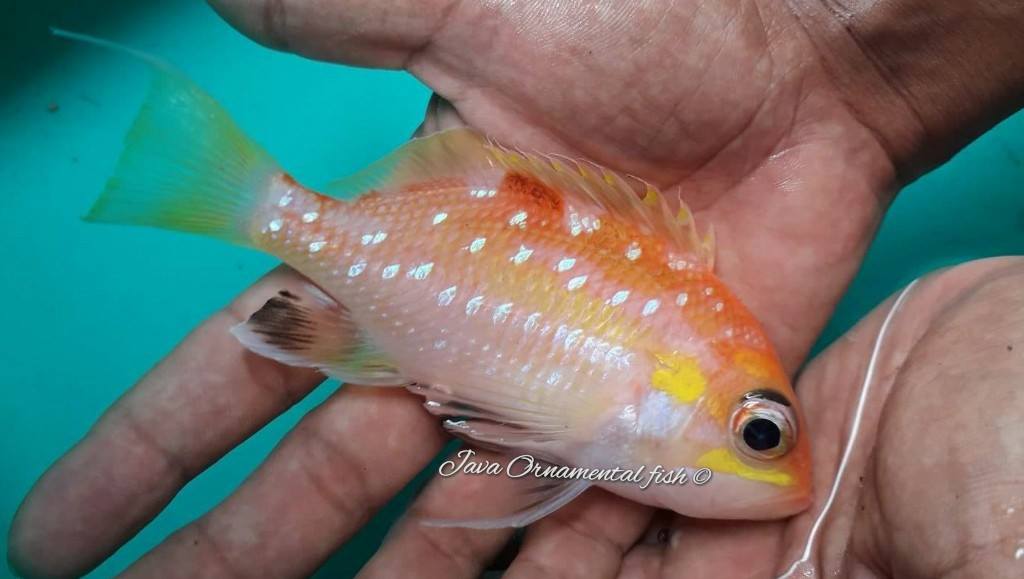 If we take into account the various records for S. analis—those that are confirmed and those that are likely, based on depth—the species has been reported from the main islands of Japan, through the Ryukyu Arc and into Taiwan, off the coast of Vietnam and the Macclesfield Bank of the South China Sea and from Guam (as S. myersi), from Babuyan (see: above photo) and the Verde Island Passage (as P. maculatus) in the Northern Philippines, and from specimens collected along the northwestern shelf of Australia and Vanuatu. Recent aquarium specimens have also come from the “Southern Sea” around Java, presumably along the western coastline of the island. This gives us a broad distribution in the West Pacific and neighboring portions of the Central Pacific and Eastern Indian Ocean, with adults found from 65-250 meters and juveniles as shallow as 40 meters. Below this, it seems to get replaced by P. barroi, though the only records for that species are from the type locality and Lihou Reef, also in the Coral Sea.

Additionally, there may be one or two more members of this genus. The video seen below shows a distinctively colored fish collected by Deep Sea Challengers. The depth and locality aren’t specified, unfortunately, but it likely originated at rariphotic depths in Japan. This collector has previously retrieved specimens of other species from as deep as 240 meters, suggesting that this may be the Japanese equivalent of S. barroi (or, who knows, maybe even a female of that species?).

And another possible Selenanthias was recently reported in the Coral Sea from a depth range of 143-160 meters. This would put it well within the depth favored by S. analis, though, oddly enough, there are seemingly no records of that species from the area. Just a tantalizing blur is all that can be made out in the existing footage, but it clearly differs, having a red streak along its back. Whether it actually belongs to this genus is an open question at this point, though, in truth, just about everything about these elusive little anthiadines remains uncertain. Few fishes exemplify our ignorance of the deep reefs quite so well as Selenanthias.