A truly bizarre traffic accident occurred on Wednesday afternoon, when a truck carrying several Sandbar Sharks crashed on I-95 in Volusia County, Florida.  The trailer crashed after a tire became separated from the vehicle near Oak Hill, said Florida Highway Patrol officials.  The semi crossed over  the median and stopped at a tree line.

The 4 Sandbar Sharks, each about 5 feet long, were being transported from a collector in Marathon, Florida to the New York Aquarium on Coney Island. One of the sharks on the truck was ejected from the holding tank and died as a result of the crash. The 3 surviving sharks were taken to SeaWorld Orlando to recover.

In a video released Thursday, SeaWorld officials said the three adult male sandbar sharks that survived the crash were not seriously hurt, but crews continue to monitor them around the clock. Plans to move the remaining sharks to the New York Aquarium will resume at a later date. 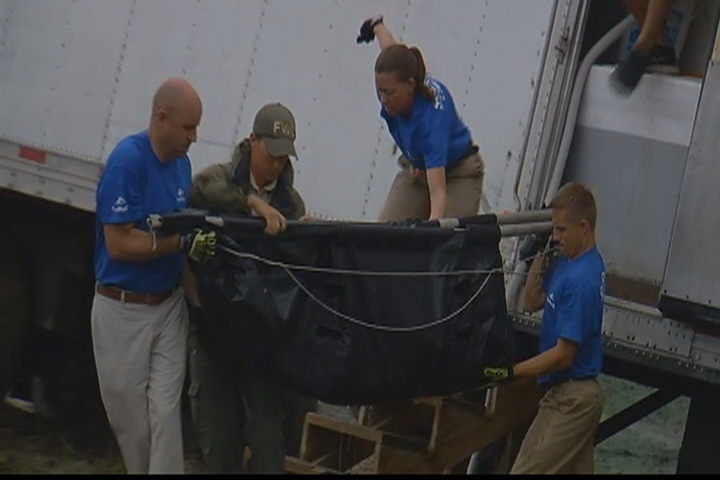