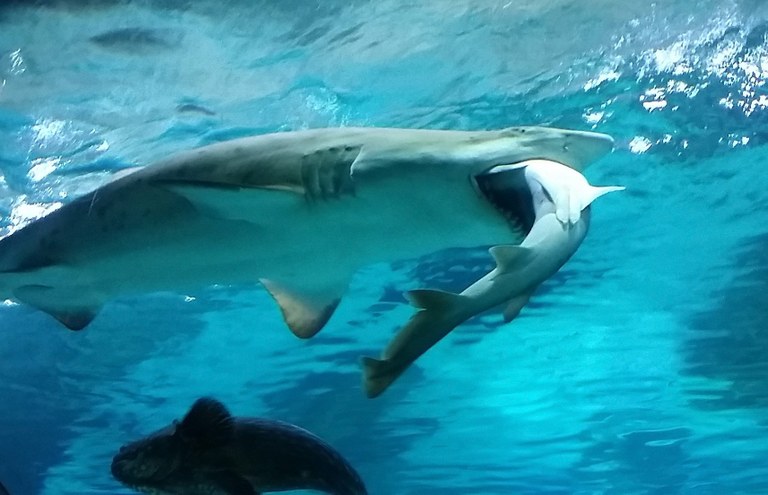 
A shark-on-shark attack occurred in front of aquarium patrons.  On January 28, 2016 at 6:30 pm, an eight-year-old female sand tiger shark, the largest shark in the COEX aquarium exhibit, chomped down head-first on a five-year-old houndshark.  She then preceded to eat him bite by bite over the course of 21 long hours.

Aquarium staff says that the aggression was likely due to a territorial dispute.  The female did not eat another shark out of hunger.  In fact, the staff predicts that the female tiger shark will soon regurgitate the whole male shark because she will be unable to digest it.  We can only hope this doesn’t also happen in front of aquarium patrons.