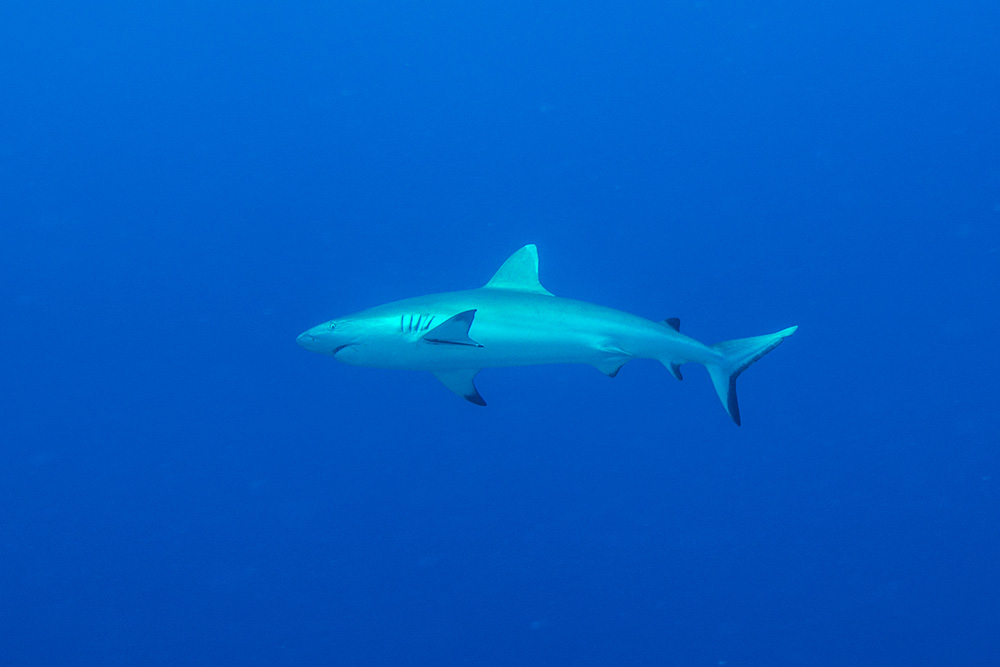 Yep, you read that right. It is official.  Shark number twos are useful, say scientists!

Okay, I’m being a bit silly.  The actual title of the paper, in the very serious Proceedings of the Royal Society B is: “Mobile marine predators: an understudied source of nutrients to coral reefs in an unfished atoll”; that’s a little more respectable.

The research shows that sharks provide a conduit for nutrients which helps support the various ecosystem functions that contribute to healthy reefs.

The team from Imperial College London and the Zoological Society of London monitored Grey Reef sharks using acoustic tags in the waters around a remote atoll close to Hawaii.

The sharks were shown to feed on pelagic fish away from the reef and then return, and in doing so, would release nutrients back onto the reef as they pooped merrily away.

The team estimated that the population of approximately 8,300 sharks in the region deposited about 9.5kg of nitrogen per day.

“This is a substantial amount of nutrients, which contribute to reef primary productivity, which in turn effectively act as a fertilizer for thousands of other species that call these reef environments home,” said Dr David Jacoby, of ZSL’s Institute of Zoology, senior co-author of the paper, in a press release. 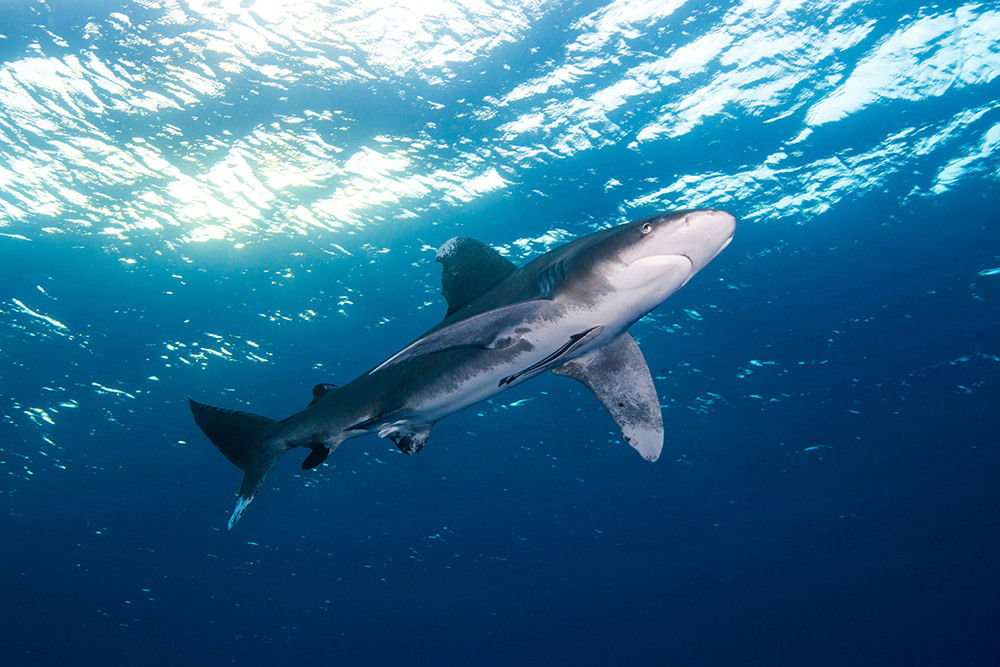 Oceanic Whitetips often feed on carrion close to the surface between visiting reefs.

“While estimating quantities of shark poo may not sound like the most glamorous of pastimes,” said Dr Jacoby, “the findings of this research have fascinating implications for our understanding not only of fragile coral reef ecosystems but also the ecological significance of grey reef sharks.'”

Grey Reef shark numbers are in decline, as are the numbers of sharks overall.