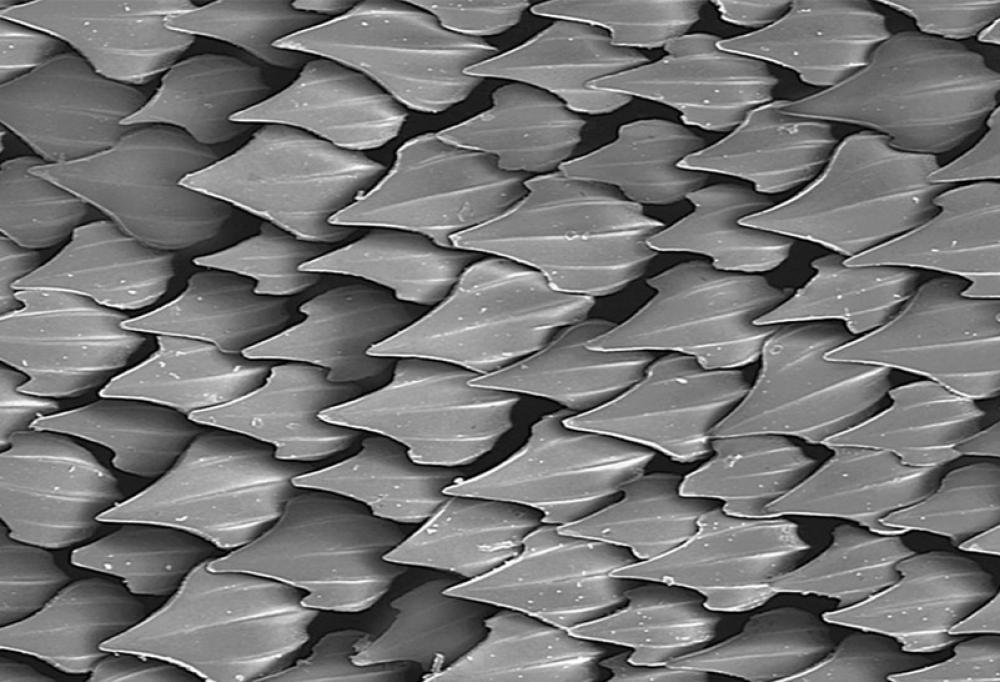 Although the hospital is intended to be a place people go to get better, many people get very sick from infections acquired while at the hospital. The overuse of antibiotics has been blamed for the rise of so called super viruses, which are viruses that are resistant to antibiotics. Scientists have turned to the sea to try and find a solution to this ever growing problem. Scientists have found a solution using shark skin. Shark skin is characterised by its grey colour and the contrast between the slippery appearance and its rough tactile texture. Sharks skin has dermal denticles, small structures that are placoid scales which give the skin its rough texture, similar to sandpaper. Sharks evolved to have this pattern on their skin. The denticles resemble shark teeth more than fish scales. These denticles also serve another function, they create stress on microorganisms, therefore the microorganisms cant survive longer than 18 minutes. Mark Spiecker, the CEO of Sharklet Technologies, built a material for hospital surfaces that mimics the diamond pattern found on the dermal denticles of the shark skin. Sharklet is the first technology to inhibit bacterial growth based on pattern alone. It uses no chemicals or antibiotics, but relies solely on its structural design. This discovery holds great promise for the future of fighting bacteria and disease. MORE