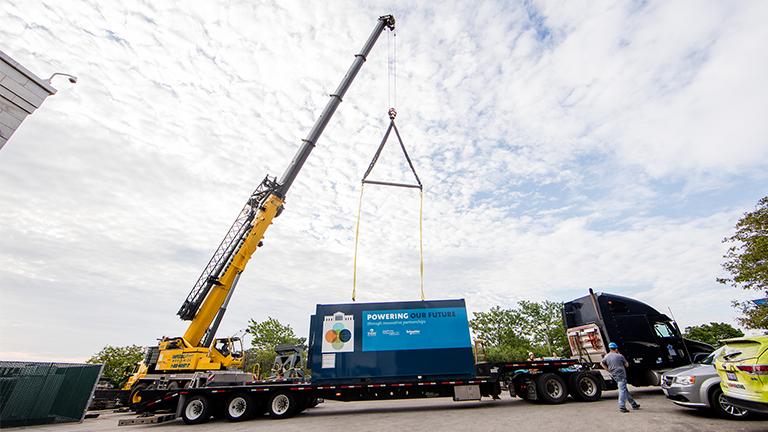 On May 26, the Shedd Aquarium installed a two million dollar, 30 ton, one-megawatt lithium battery as part of its green initiative. It is currently the largest lithium ion battery in any zoo or aquarium in the U.S. The Shedd Aquarium‘s Master Energy Roadmap plan started in 2012 and the installment of the battery is a major part of the plan which aims to cut the aquarium’s energy use in half by 2020. The historic aquarium building  is 86 years old, and according to the aquarium, the energy plan aims to save close to 10 million kilowatt hours annually, or enough energy to power 750 households. Replacing the current lighting with high efficiency LED lights to cut the electricity use will also be underway. “It’s taken us about two and a half to three years to fully realize and install it,” said Bob Wengel, vice president of facilities at the Shedd. “Because of the infrastructure we’re putting in, we feel right now we’re in a pretty good spot to reach our goal.” According to the Aquarium’s press release announcing the installation of the massive battery, the Shedd hopes to become “the nation’s first clean-energy-powered cultural institution”. Visitors can catch a glimpse of the mega battery through the south Abbott Oceanarium window. MORE