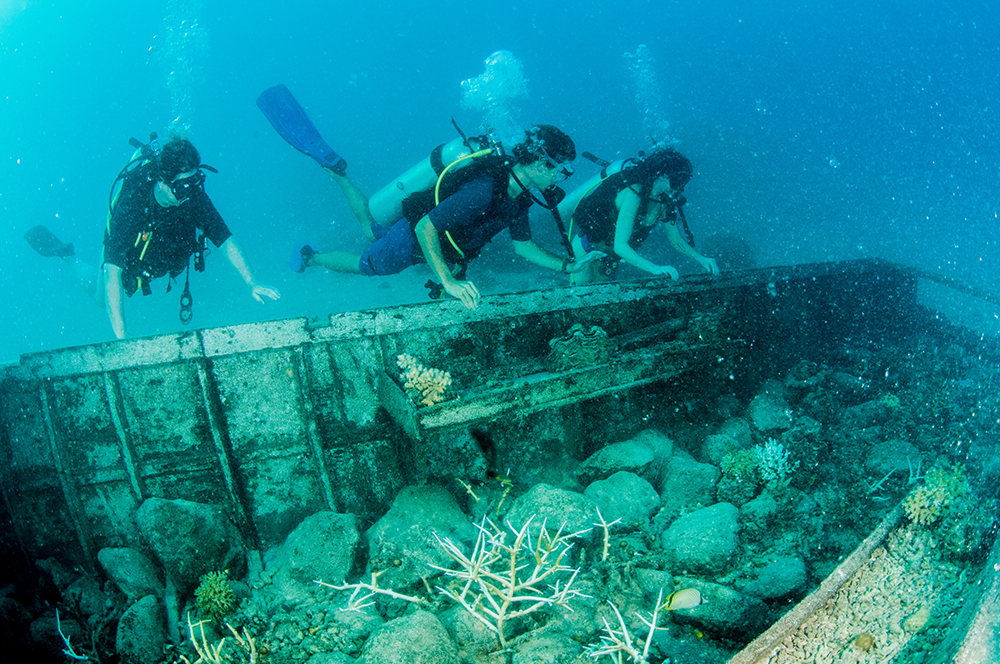 Over the years, we’ve seen an awful lot of ships, boats and ‘tubs’ of all sizes sink to the sea floor. We’ve made movies about them, raised historic ones, lost them and then found them again and for a few folk, explore them in situ. Seeing how corals colonize wrecks is quite simply fascinating, why do some parts of the ship attract some species and not others? Why do some areas seem suitable for fish to aggregate around, whilst other areas appear lacking? I’m not sure I have all the answers, but here are some shots and some thoughts. 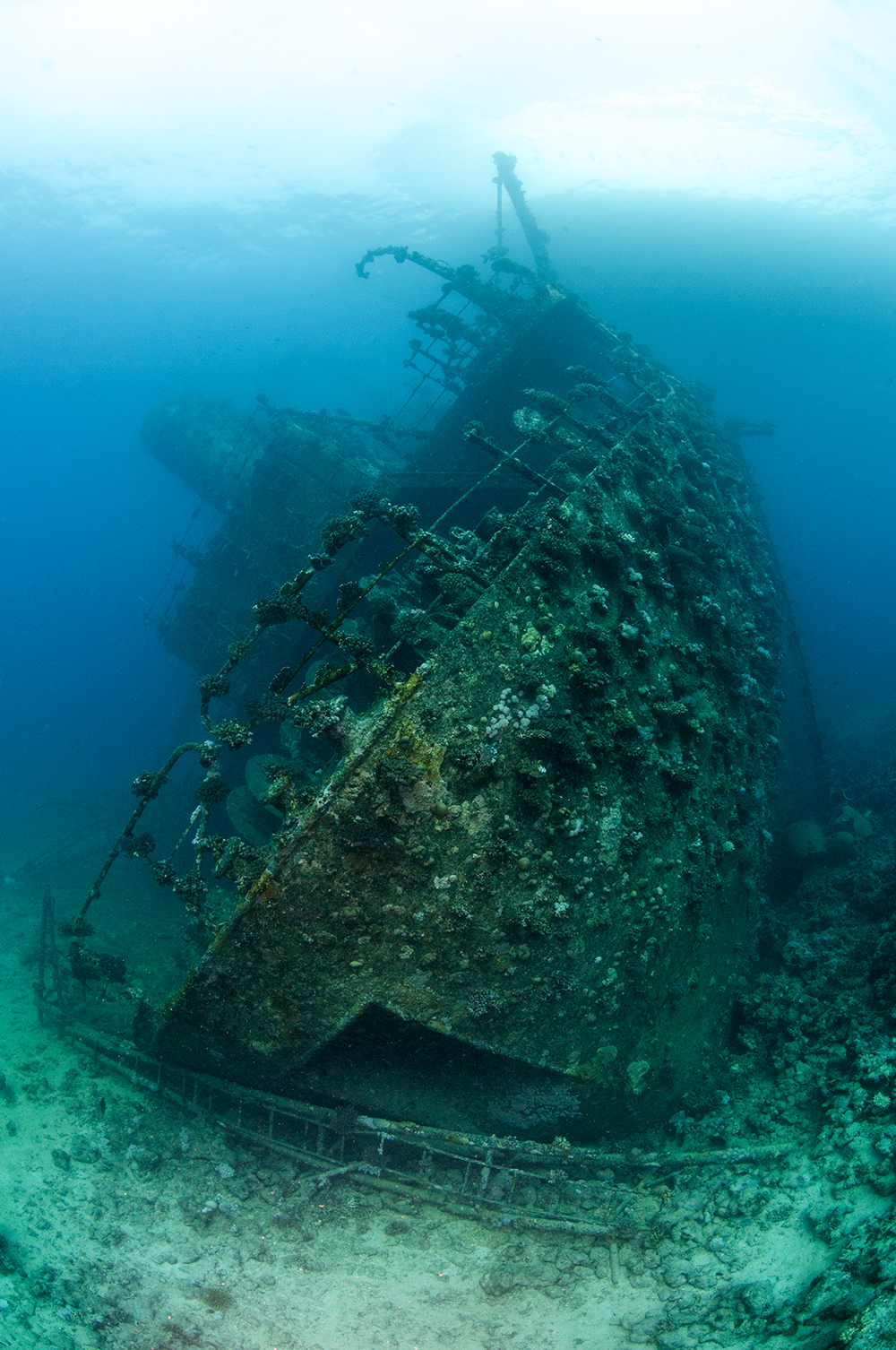 A wonderful wreck from the 1980s, now very much a reef!

Most wrecks first come to rest on sea beds with minimal life and limited structural diversity. The wreck very quickly forms a reef, as currents flow around it, and help form a range of settlement opportunities for a mix of species. Low current areas and high current areas can exist within meters of each other as can cave-like habitats and areas open to surge and wave action. Diversity of opportunity brings a diversity of reef species. 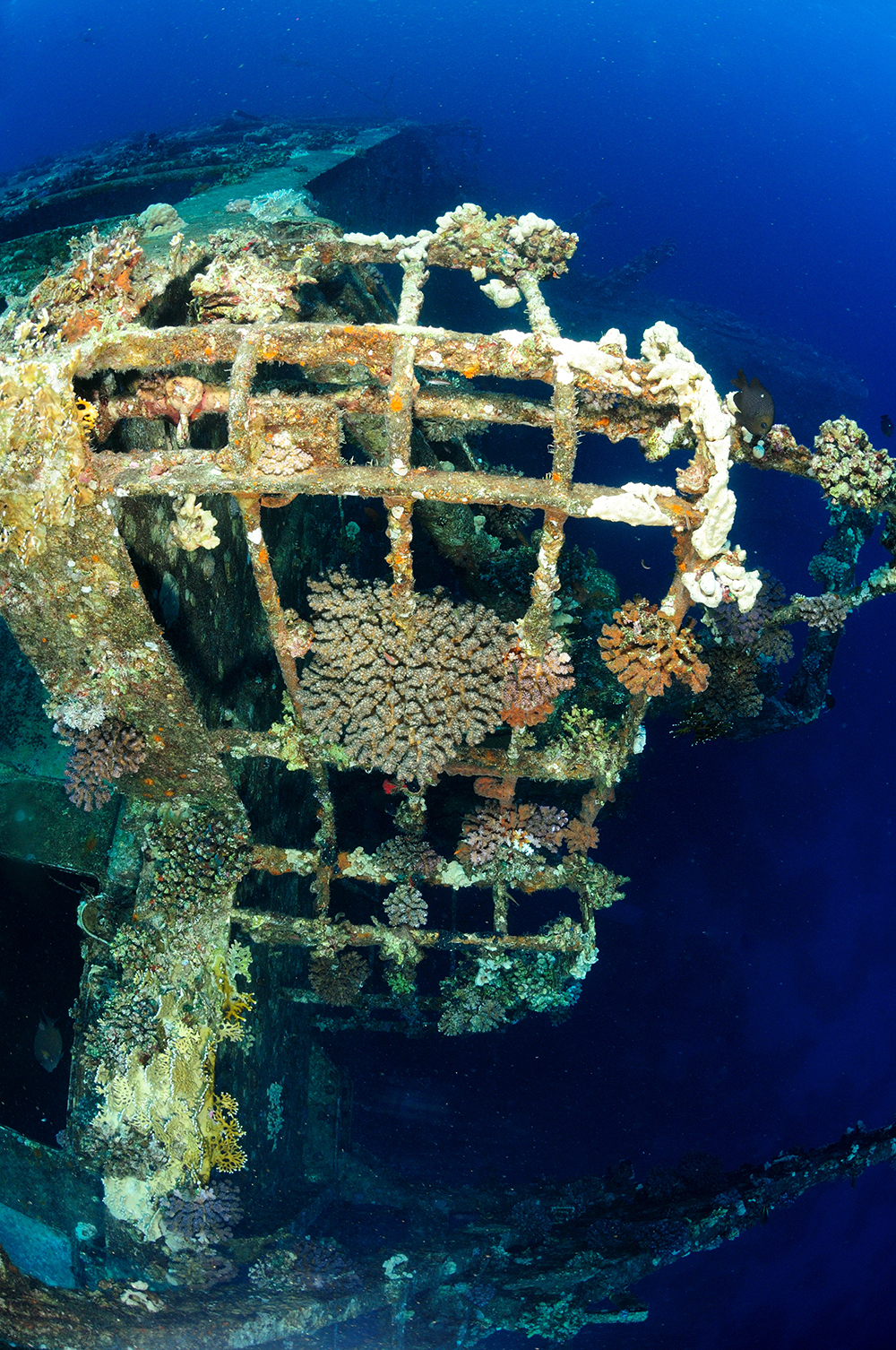 I’ve often noted though, that the hulls of ships tend not to become covered with sponges and encrusting algae, but not always coral colonies. I’ve noticed that coral colonies seem to be more common around hatches and railings. I’m not sure why this is, it might be current conditions or simply clumsy divers knocking them off. Where wrecks have collided with and form part of the reef, this distinction is less notable. 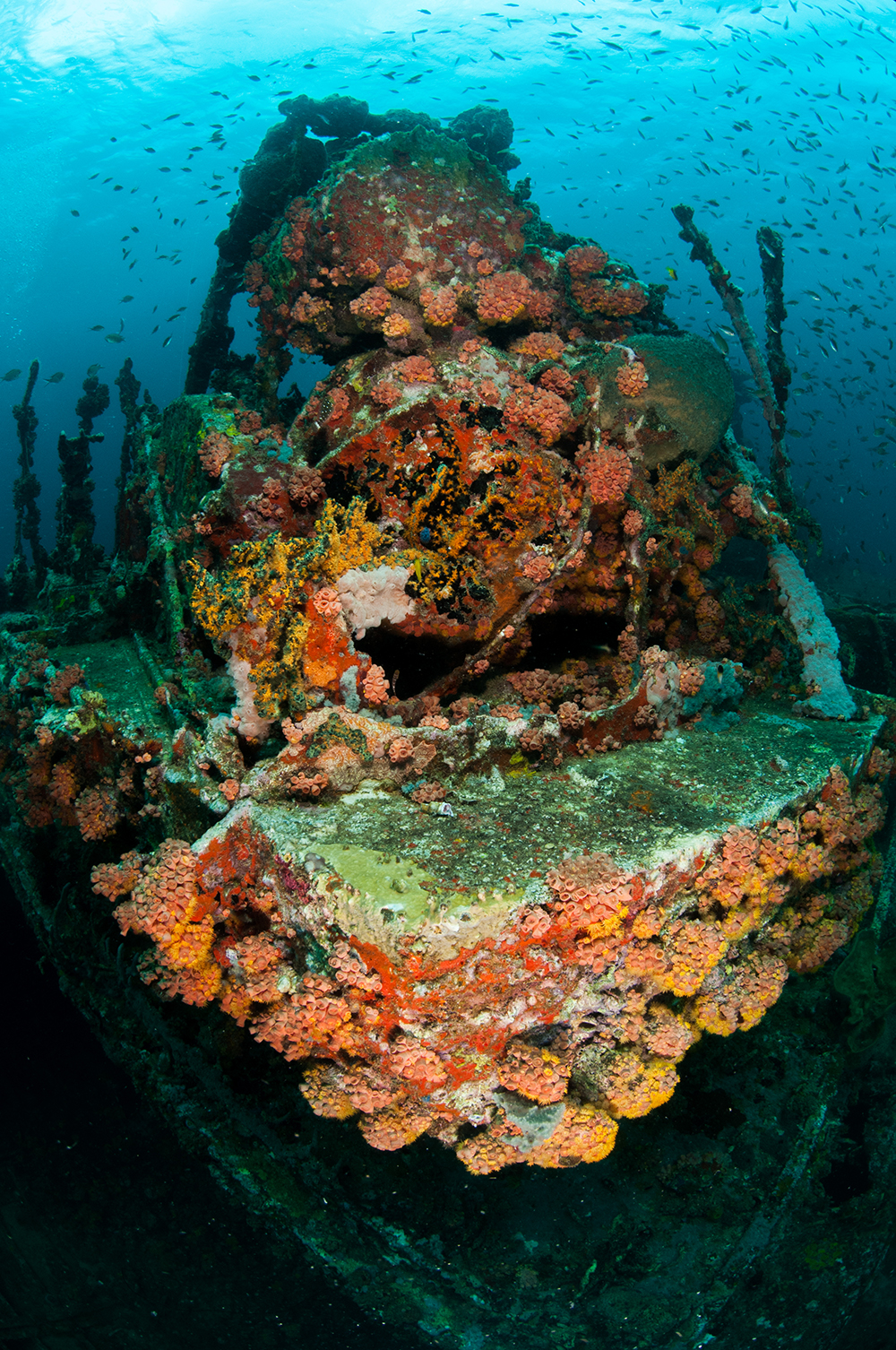 Some structures extend into the current and offer conditions that make them attractive for a number of species, be it soft corals that depend upon planktonic nutriment or fish species that use the structures as ‘home’ and a location to shoal around as they collect passing food. 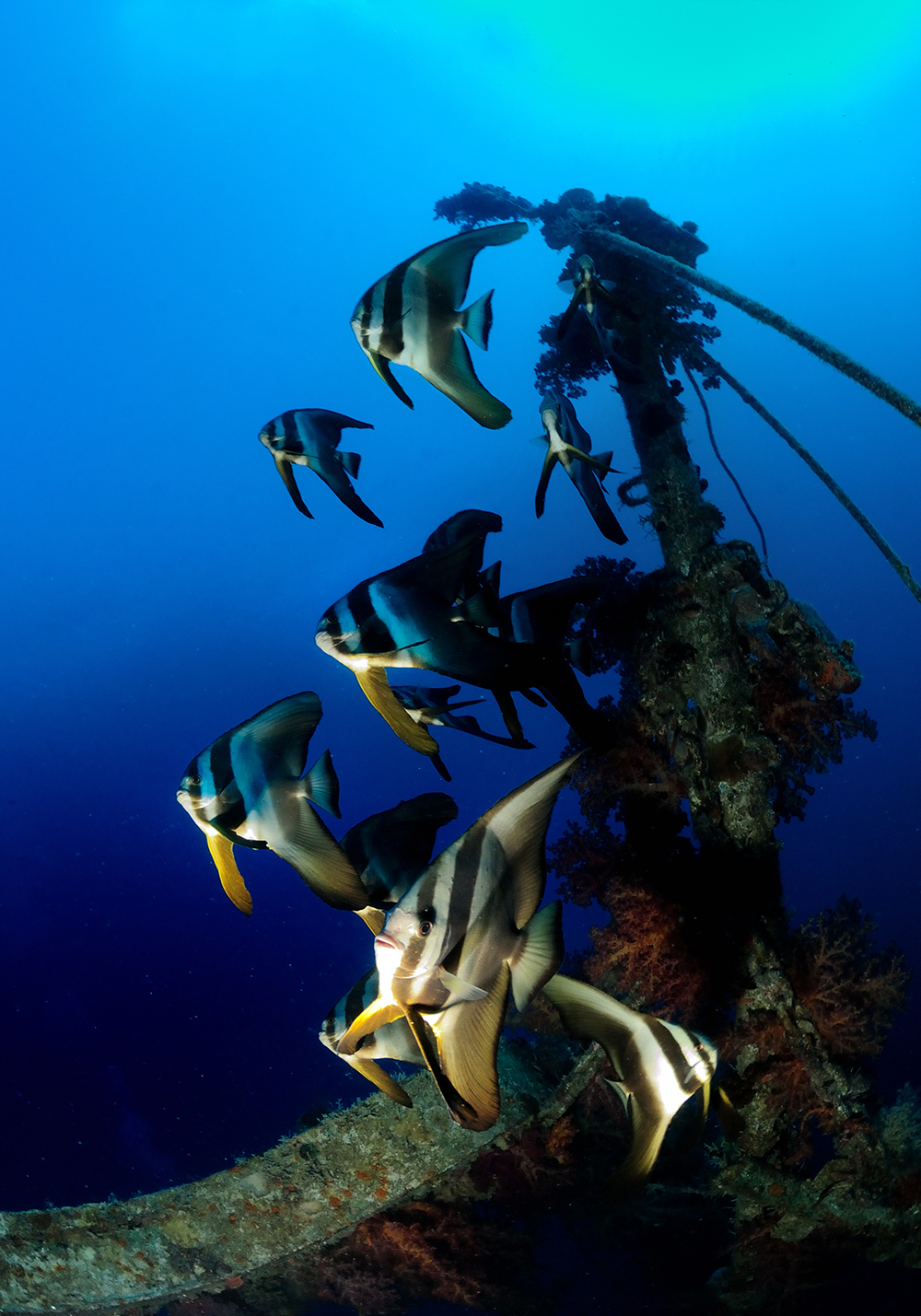 Personally, I quite like a nice shipwreck and I like them even more if they’ve been cleaned and sunk for reef creation or conservation. I’ve seen small tubs used to hold tridacnids to freighters sunk by dive centers. My favorite though, might be the rope nets from the front of RIBs (rigid inflatable boats), that have been anchored to sandy bottoms to attract seahorses! 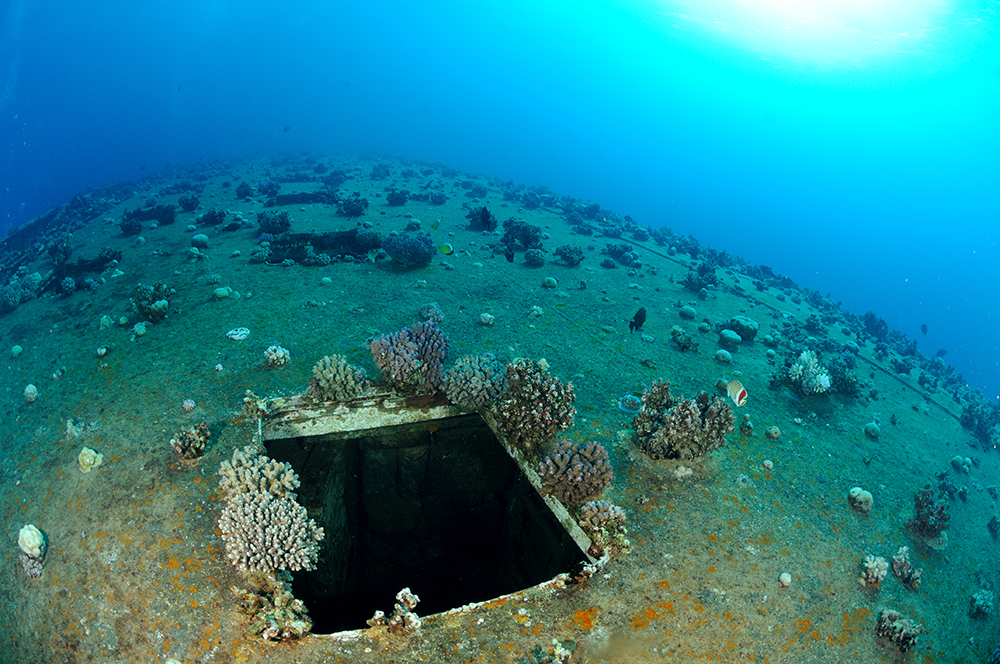 a recent wreck, resting at 90 degrees. You can see how the corals favor the hatch edges.