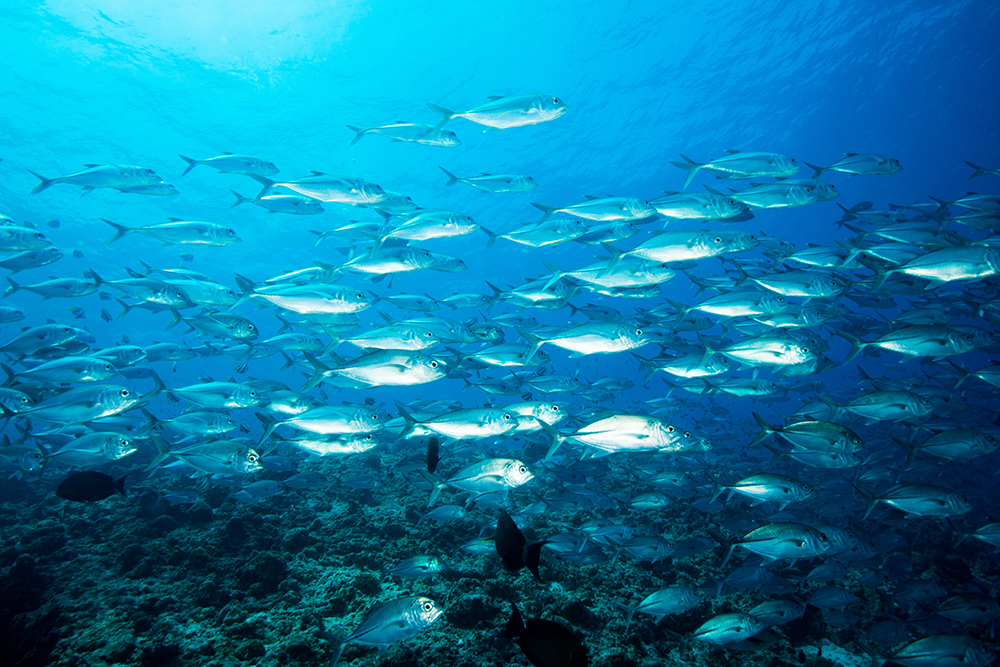 When I’m writing articles about diving, underwater photography, or fish and their behavior, I can occasionally fall into the linguistic trap of repeating phrases or words.  I was writing a piece recently, and found I kept using the word ‘shoal’, to the point where it became obvious to the reader.  Fair enough, I’ll use ‘school’ instead, I decided… but wait, there’s actually a difference in meaning between these two words; technically they aren’t interchangeable.  So just what is the difference between a school and a shoal of fish? 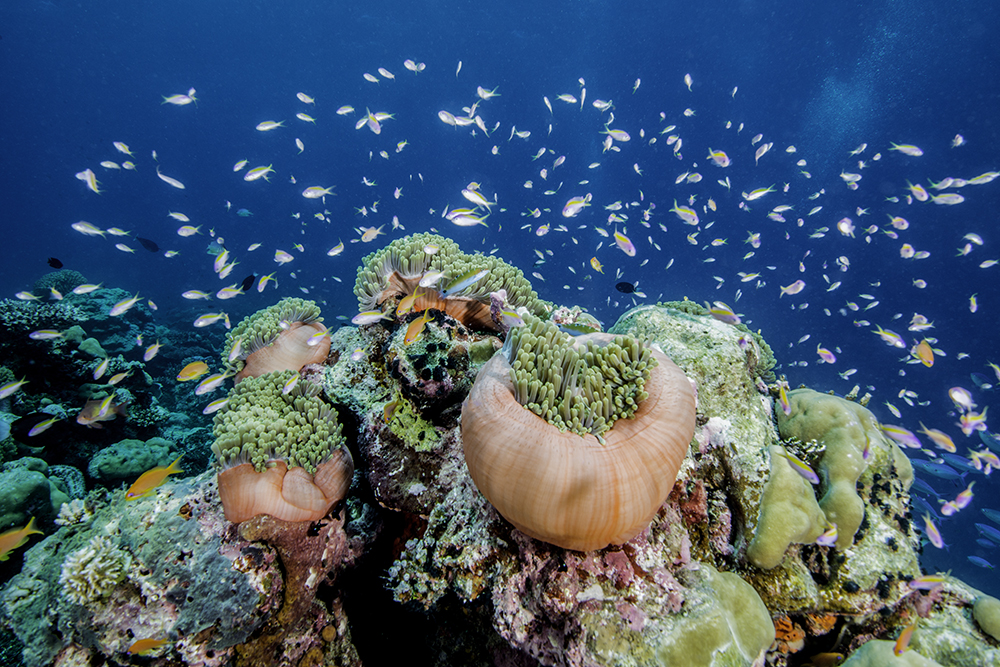 Anthias shoaling, but ready to school!

A simple definition was provided by a well-known online source:  ‘Shoaling’ is when fish gather for social reasons and ‘schooling’ is when they swim in a coordinated manner.  It goes on to say the terms are applied quite loosely.  They must have been reading my copy!

However, let’s think about this.  Where does one behaviour stop and the other begin?  Take Anthias, for example.  I’ve watched hundreds of individuals of anthias species spend their days in large aggregations made up of harems (one male and a dozen or so females, for example).  They are clearly shoaling, yet as soon as a predator passes, they scoot into the coral en masse, would this be schooling? 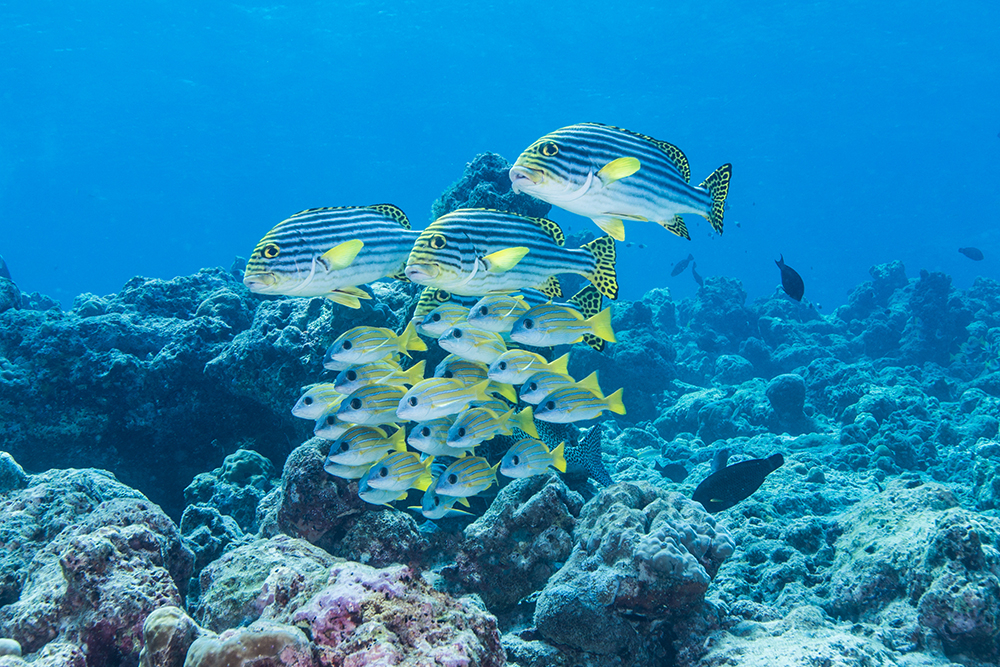 Not all shoals/schools have to contain single species.

Or perhaps consider grazing species such as Tangs, which travel from one patch of algae to another in a school, before becoming a looser association as they feed, only to then gather once more to move onto the next feeding area.

Some species switch between schooling and shoaling depending upon the hour, coming together to shoal when not feeding and only to disperse entirely on a night to feed over the reef.  Others may come together briefly as shoals for mating purposes and then separate for months at a time. 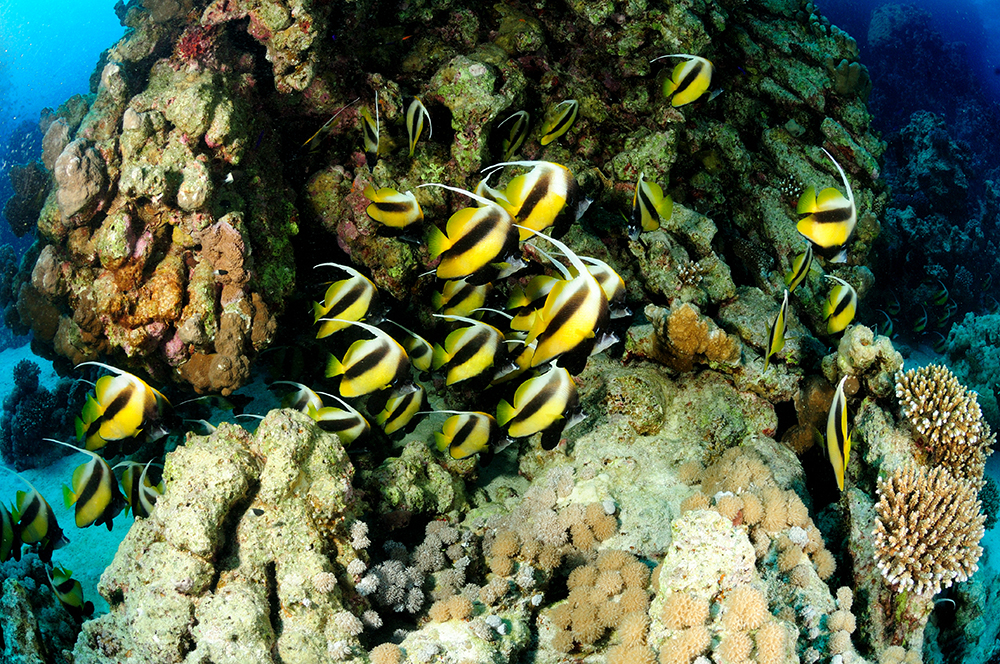 Perhaps the best examples of schooling fish are those where species, often open water feeders, come together for protection from predators and their combined behavior serves to confuse.  Hundreds of fast-moving silver sided fish can create a bewildering sight under water!  The glassfish below seemingly never cease their coordinated movement. 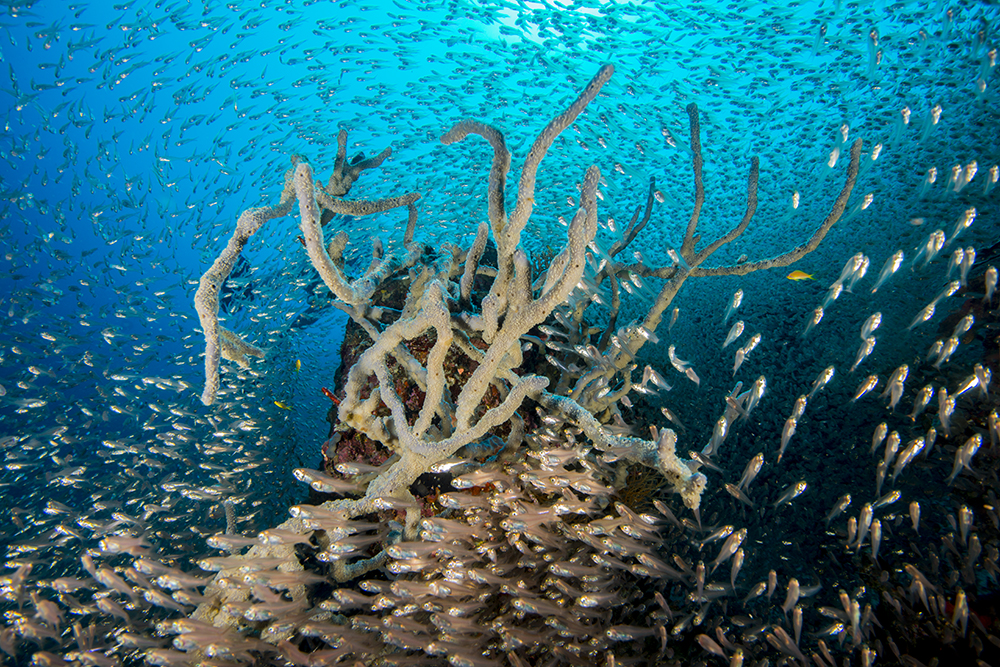