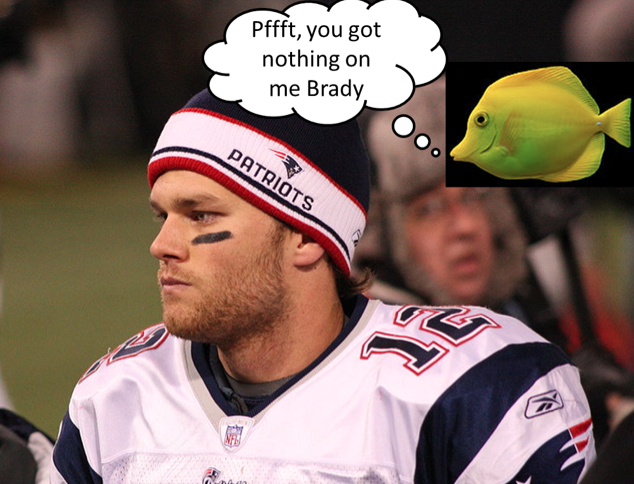 How much are Hawai‘i’s coral reefs worth to you, and how much would you be willing to invest to protect and restore them? A recent survey commissioned by the National Oceanographic and Atmospheric Administration (NOAA) and conducted by Stanford University in collaboration with the University of Michigan set out to answer exactly those questions.

The survey gave respondents (U.S. citizens scientifically selected to participate) some brief background on Hawaiian reefs and two potential actions for reef conservation/restoration. The first option was to reduce overfishing by increasing the size of no-fishing Marine Protected Areas (MPAs) from the current 1% to 25% of the area of reefs around the Main Hawaiian Islands (3,000 acres vs.72,000 acres). The survey explained that similar actions in Florida and in other places have resulted in more and bigger fish within the MPAs within a few years (including large species, which are rare on most reefs), larger catches outside of the MPAs in 3-5 years due to spillover from enhanced fish reproduction within the MPAs, and enhanced herbivore density, which helps protect reefs against algal overgrowth. The other option was to engage in restoration of areas damaged by ship groundings (an average of 5 acres per year) which the survey explained would reduce the time needed for the reefs to recover to about 10 years instead of 50 years without any restoration. Respondents were then presented with four different management options: 1) keeping the status quo, 2) enlarging no-fishing MPAs, 3) doing reef repair after ship groundings, or 4) both enlarging MPAs and doing reef repair, and with hypothetical increases in federal income tax associated with any of the three conservation options. Sixteen different cost breakdowns were assessed to determine how much, if anything, each household would be willing to pay to enact each option. These costs ranged from $0 per year for the status quo option, $45-170 per year for the no-fishing MPA option, $35-135 per year for the reef repair option, and $75-300 per year for the combination option.

The results of the survey show that there is very strong support among the U.S. public to invest in coral reef conservation and restoration. As their first choice, nearly three-quarters of people surveyed wanted to enact at least one of the two programs at the presented cost, and about one-third wanted to enact both programs at the presented cost. 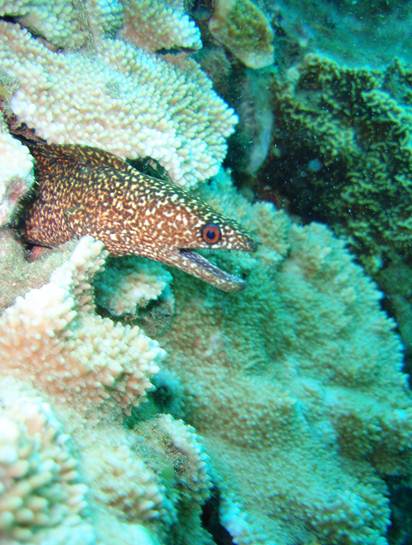 This is a small moray eel in the Hawaiian Islands Humpback Whale National Marine Sanctuary off the coast of Maui. (Credit: NOAA)

The survey included a large number of follow-up questions and basic demographic questions. A couple of points that jumped out at me as I was looking at the detailed results were factors that had little if any impact on the options that people selected. For instance, when sub-sectioned by income level 60-88% of households were willing to pay to protect Hawaiian reefs, but income was not a predictor of their level of support. Households earning $30-35,000 per year were just as likely to be willing to pay for protection as households making $175,000+ (both about 75%). Where people live, i.e., near the ocean vs. far inland, and whether or not they have lived in Hawai‘i before also made no difference. People all across the country are willing to pay to protect coral reefs. This is probably surprising to some as it is easy to imagine that people that live far away from a coral reef or from the ocean won’t care about these resources as much as people that live near them.

I’m reminded of a rhetorical question asked by a plenary speaker at a scientific symposium I attended a few years ago. The topic of her talk was that, despite the gloomy news we in this field deal with on a daily basis, saving coral reefs is still possible, but engaging the public is paramount. As she said, it’s easy for people in Florida or Hawai‘i or any number of other places where coral reefs grow to care about them, but she asked, “what does someone in Iowa care about coral reefs?” I couldn’t help but think about her question over and over while attending this year’s MACNA held in…wait for it…Des Moines, Iowa. As it turns out, there are a lot of people in Iowa and Michigan and Nebraska and Oklahoma and everywhere else who care a heck of a lot about coral reefs.

Some predictors that did make a difference to responses, however, were questions asking about how often the respondents hear or read about coral reefs, if they have ever seen a coral reef in person, and how likely they are to visit Hawai‘i in the future. As you might have guessed, people that are more familiar with coral reefs, those that have seen reefs in person, and those that think they may visit Hawai‘i in the future are more likely to want to pay for protection. My friend Rich Ross posted an excellent piece here a couple months ago calling into question the often-used excuse for having a reef tank that the tank is educational. As he points out (and I totally agree), in most situations this potential doesn’t really come to fruition. Not many of us regularly have school groups coming through and touring our aquariums with complete science lessons to accompany the tour. Most of us do end up learning because we have our tanks, and that’s a very good thing, but they are mostly for personal fulfillment and there’s no reason something so delicious needs artificial sweeteners. However, most people probably have friends, relatives, and other folks visiting our homes and seeing our tanks on occasion. As this survey shows, the more familiar people are with coral reefs the more they want to protect them. Having people by that can see our tanks provides an excellent opportunity to spread the love of coral reefs, even if those people don’t learn much science and will never set up their own tanks. I encourage you to spread the love as it really does have a big impact.

Getting back to the survey, the authors used the willingness-to-pay data they collected to estimate the value that the U.S. public, as a whole, would be willing to invest in these particular projects for specific gains in Hawaiian reefs and as such is inherently an underestimate of the true value we place in Hawaiian reefs. While an underestimate, the number is shockingly large: nearly $33.57 billion per year! To help make this number more tangible, consider that the average value of a franchise in the 32 team NFL was just over $1 billion last year, for a total value of just over $32 billion for the entire NFL—about $1.5 billion less than Hawaiian coral reefs! How angry do you think people would be if a few NFL stadiums were allowed to fall down and the teams disbanded because no one wanted to slightly raise ticket prices? I’m guessing this would not go over well…

Let’s get the word out and protect our coral reefs because they’re important, and I’m not the only one who says so!