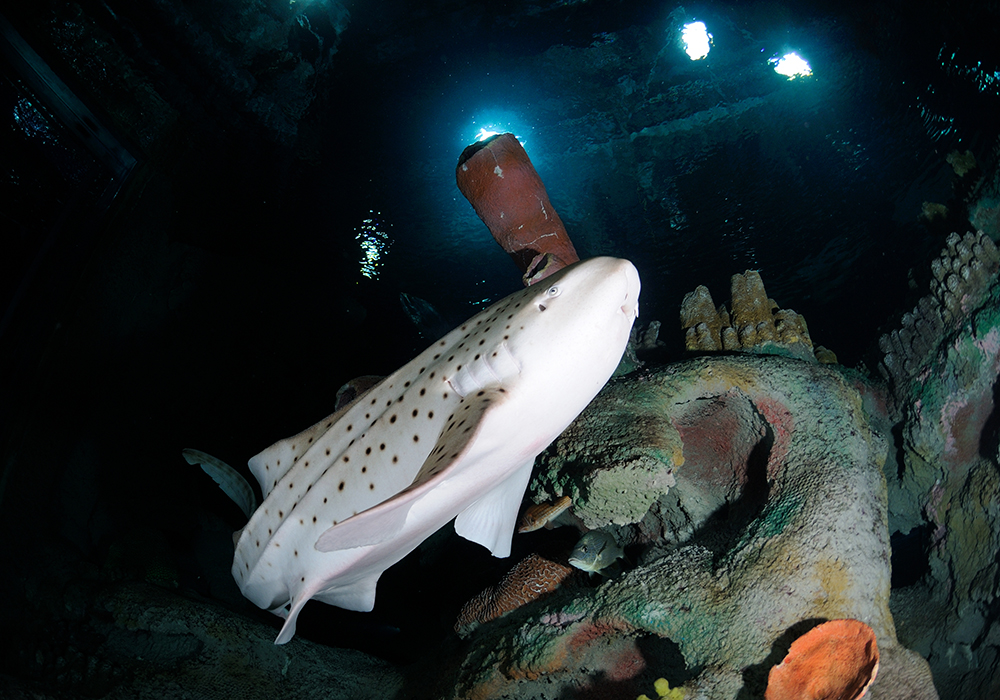 A few years ago, I was asked to take some images of the animals in a large public aquarium in the UK.  It was a fascinating experience and quite a challenge.  Despite the technical difficulties and safety considerations, such as not being allowed to wear fins, I had a grand time and fell in love with Zebra sharks.  Here are some images.

I had no idea what to expect when I climbed into the several-million-liter pool.  There were an awful lot of big fish, from rays to Sand Tiger sharks, and several smaller yet still impressive fish, from Leopard Sharks to Eagle Rays.  Frustratingly, the Sand Tigers wouldn’t come anywhere near me, nor would the Black Tips, but The Zebra Shark wouldn’t leave me alone. 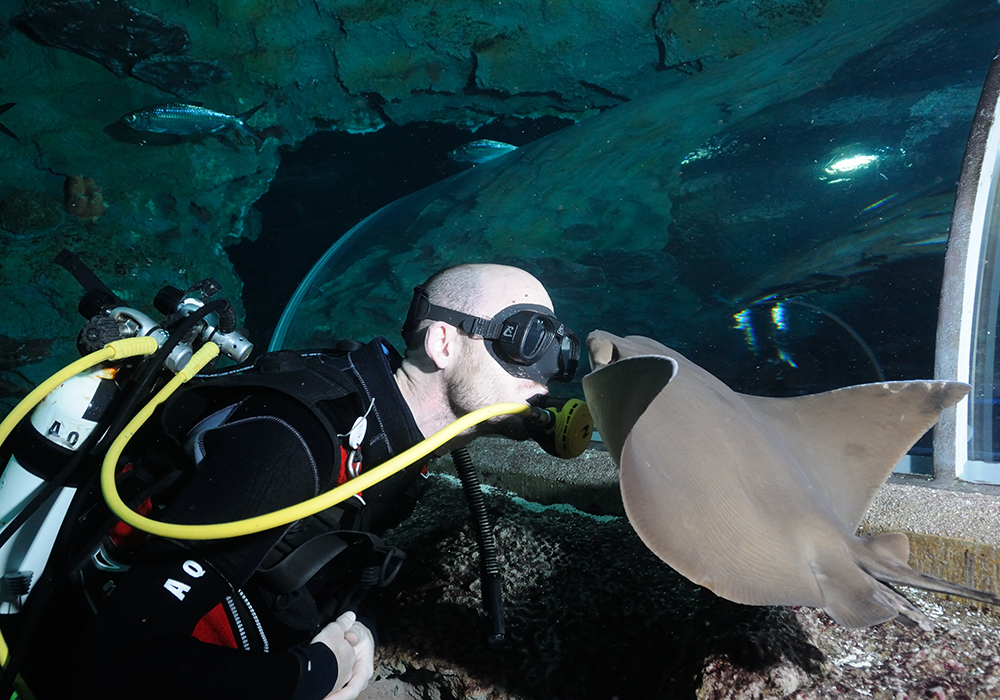 Several aquariums offer dives within their tanks.  All ensure the safety of their guests, and have various sensible and clear rules: ‘NO TOUCHING’ being perhaps the most obvious.  The thing is though, this particular Zebra shark was very used to divers and had developed a close relationship with the aquarium’s dive team, and would regularly receive a tickle or a stroke on the tummy during feeding time.  I think this amiable fish expected me to stroke it as well, as it swam up to me, almost puppy-like in its behavior. I was struck by just how characterful the fish was and later learned that the divers had a huge amount of affection for it, too. 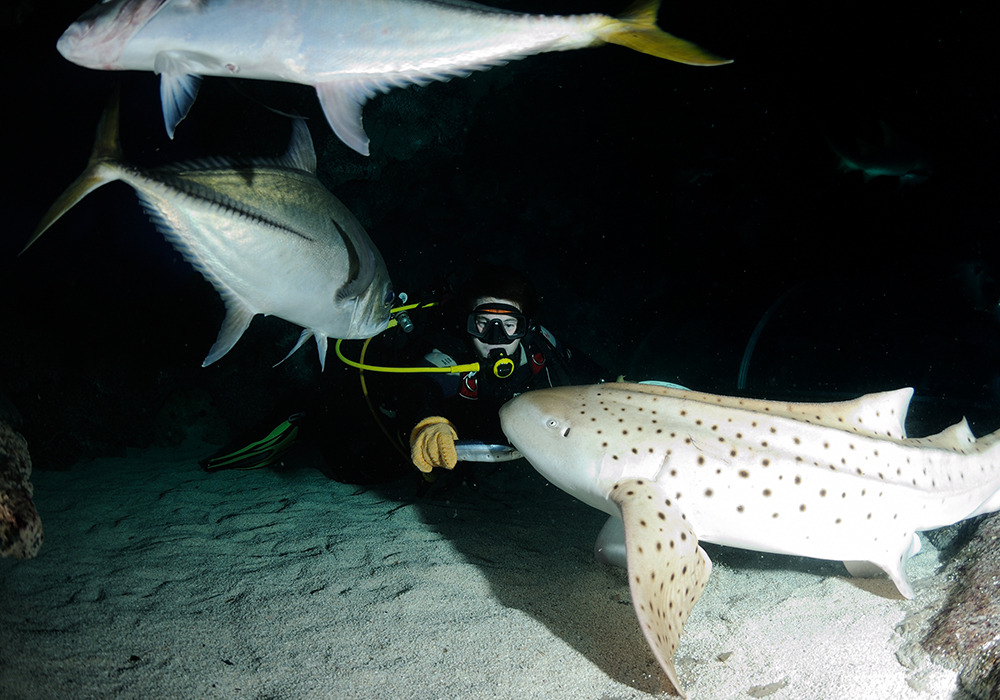 Since then, I’ve shot many more sharks, all in the wild, but I’ve never forgotten that encounter.  It was a wonderful opportunity to learn in a short space of time that sharks are not the mindless automatons the media has portrayed them to be.

Zebra sharks were first given their name due to the striped nature of the juvenile and shouldn’t be confused with the Leopard Shark, despite having spots.  They are found across the tropics, except for Australian waters, and they are classified as Endangered. 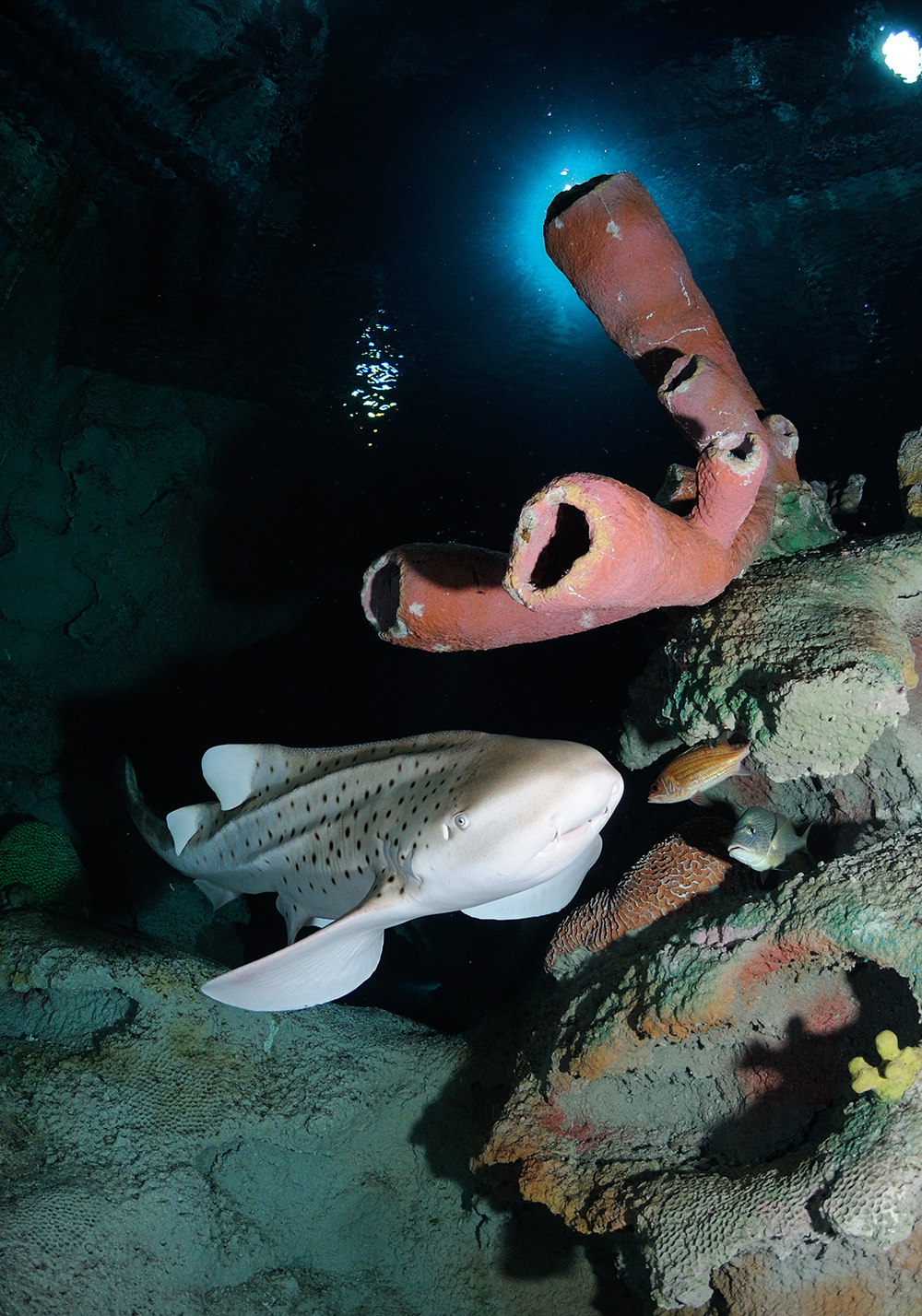