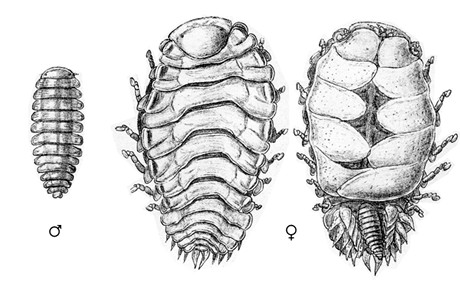 Bopyrid shrimps are a diverse and understudied group which are obligate parasites on the bodies of decapod crustaceans (i.e. crabs,shrimps,lobsters). Most make their living occupying the safe confines of the branchial cavity of their host, piercing the delicate gill tissue found therein and imbibing the delicious crustacean blood which pours forth.
Some 600+ species are recorded, though this is almost certainly a gross underestimate of their true diversity. Taxonomically, they are part of a distinct lineage—the superorder Peracarida—recognizable by modifications of the abdomen which allow females to brood their young in a marsupial-like pouch. Because of this unique reproductive strategy, the group includes nearly all of the common hitchhiking crustaceans capable of reproducing within our aquaria (mysids, amphipods, isopods, tanaids). 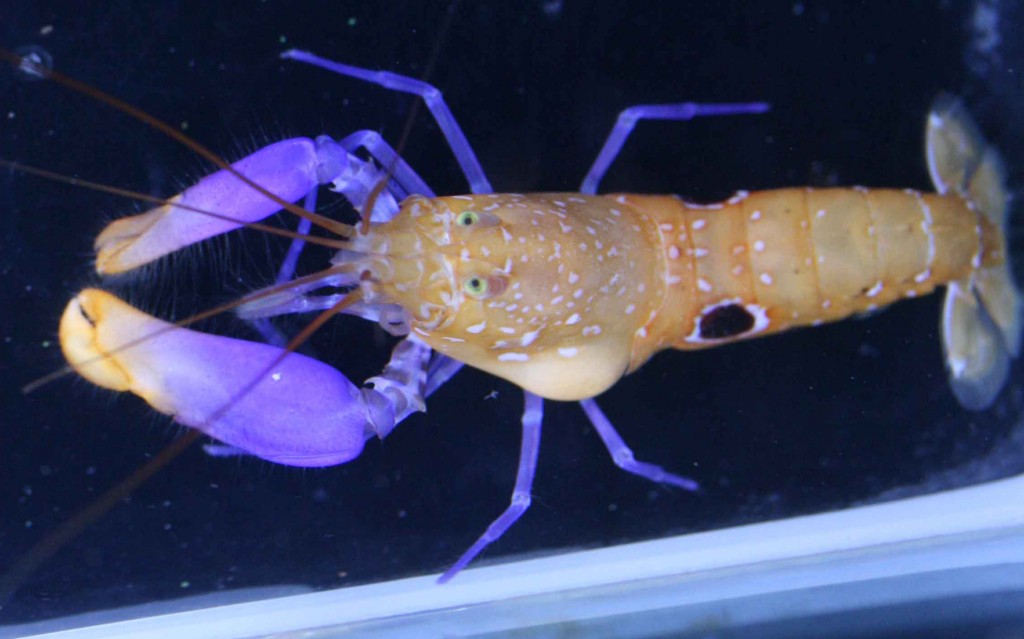 The term “shrimp” is a rather vague and nebulous concept, seemingly used to describe any crustacean which isn’t a crab or lobster. The images seen here illustrate an interesting example of this taxonomic ambiguousness, as we have a shrimp parasitizing another shrimp. To put a finer point on it, this is a Pistol Shrimp (Decapoda: Alpheidae) infested with an unidentified bopyrid (Isopoda: Bopyridae). The two are so distantly related as to be classified into separate superorders, which makes these two “shrimp” about as closely related as you are to an elephant or bat. In fact, you are more closely related to a rabbit than these two crustaceans are to each other. But I digress… 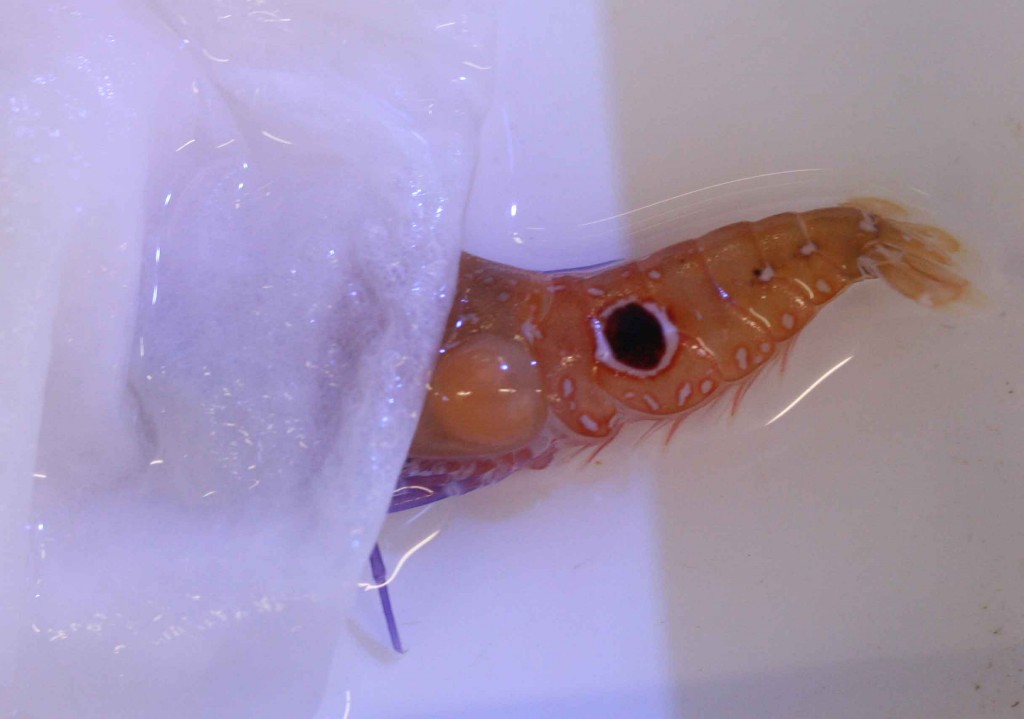 The patient is prepped for surgery. Credit: B-box Aquarium

Amongst aquarium exports, these parasitic isopods are not an uncommon sight. They can be most reliably found on Cleaner and Peppermint Shrimps (Lysmata sp.), with perhaps 5-10% of specimens showing infection. It’s important to note that specimens don’t show any obvious signs of distress or early mortality. While there is undoubtedly some level of reduced fitness for the host, it’s doesn’t appear that these bopyrid-ridden specimens suffer all that greatly. And for this reason, the best treatment is no treatment at all. Live and let live. The oceans are full of fascinating interactions, and this is but one of them.

However, if crustacean aesthetics are of paramount importance to you, there is the potential for surgical removal. The  boypridectomy depicted here was performed on a Bullseye Pistol Shrimp (Alpheus soror). The specimen was placed onto a wet platform and covered with a moistened paper towel. A small incision was made along the carapace, allowing for the insertion of a teasing needle. The needle was then used to disarticulate the parasite, with the severed remnants evacuated from the host’s branchial cavity. Much of this procedure was of necessity done blind, as the diminutive equipment needed for crustacean laparoscopic surgery does not yet exist. 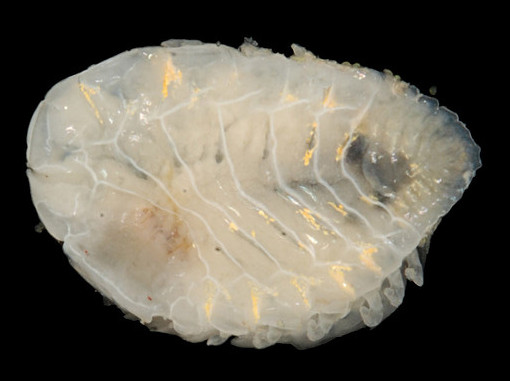 Dorsal view of a female bopyrid. The head is anterior, and note the asymmetric body shape which fits the host branchial cavity. Credit: Arthur Anker

There are of course risks involved with such an invasive surgery, primarily from infection and possible damage to the delicate tissues hidden beneath the carapace. The surgery team reports that specimens can heal the wound quite satisfactorily within two to three molts of the exoskeleton. While this is undoubtedly an uncomfortable treatment for the shrimp, it is primarily an outpatient procedure. When considering crustacean cosmetic surgery, cost is an important concern. Unfortunately, most major health insurance companies do not yet offer a comprehensive crustacean coverage plan.