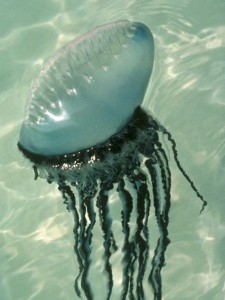 Siphonophores are enigmatic animals that have boggled scientists since their discovery. These strange creatures exist in the form of free-floating colonies. Siphonophore colonies are composed of many individuals. Individuals vary in function; some sting, while others reproduce, or carry out one of several other vital functions.

As if Siphonophores weren’t interesting enough, Praya Dubia – an abyssal species, is roughly 50m long, making it one of the longest animals on the planet. This fascinating species uses bioluminescence to attract its prey. 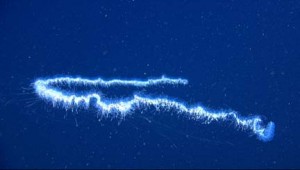