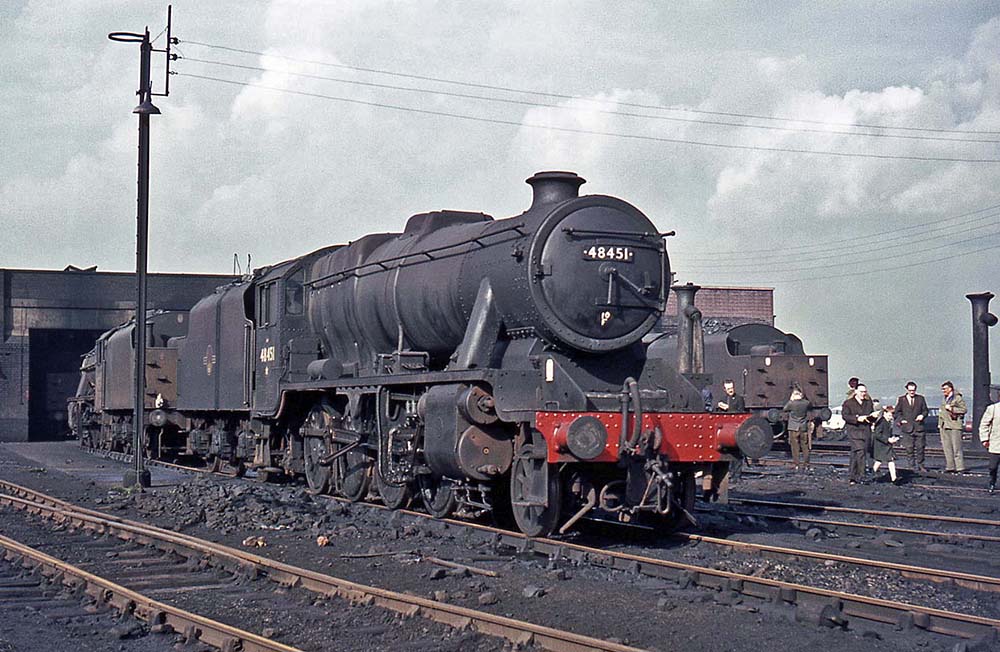 An example of this type of loco in its heyday. Credit: Glawster Oldspot, Creative Commons.

Okay, this is not the first question that any of us ask on a Saturday morning – in fact, I bet few, if any folks have ever wondered about it. But read on, you might find these pictures taken on a shipwreck in the Red Sea quite interesting.

The story starts in October 1941, a cargo ship by the name of SS Thistlegorm was anchored off the Sinai Peninsula, soon to pass through the Suez Canal to resupply Allied troops in North Africa. Alas, she never made it, and sunk after being bombed by Nazi aircraft, with the loss of nine men. A tragedy, and a woefully brief account. 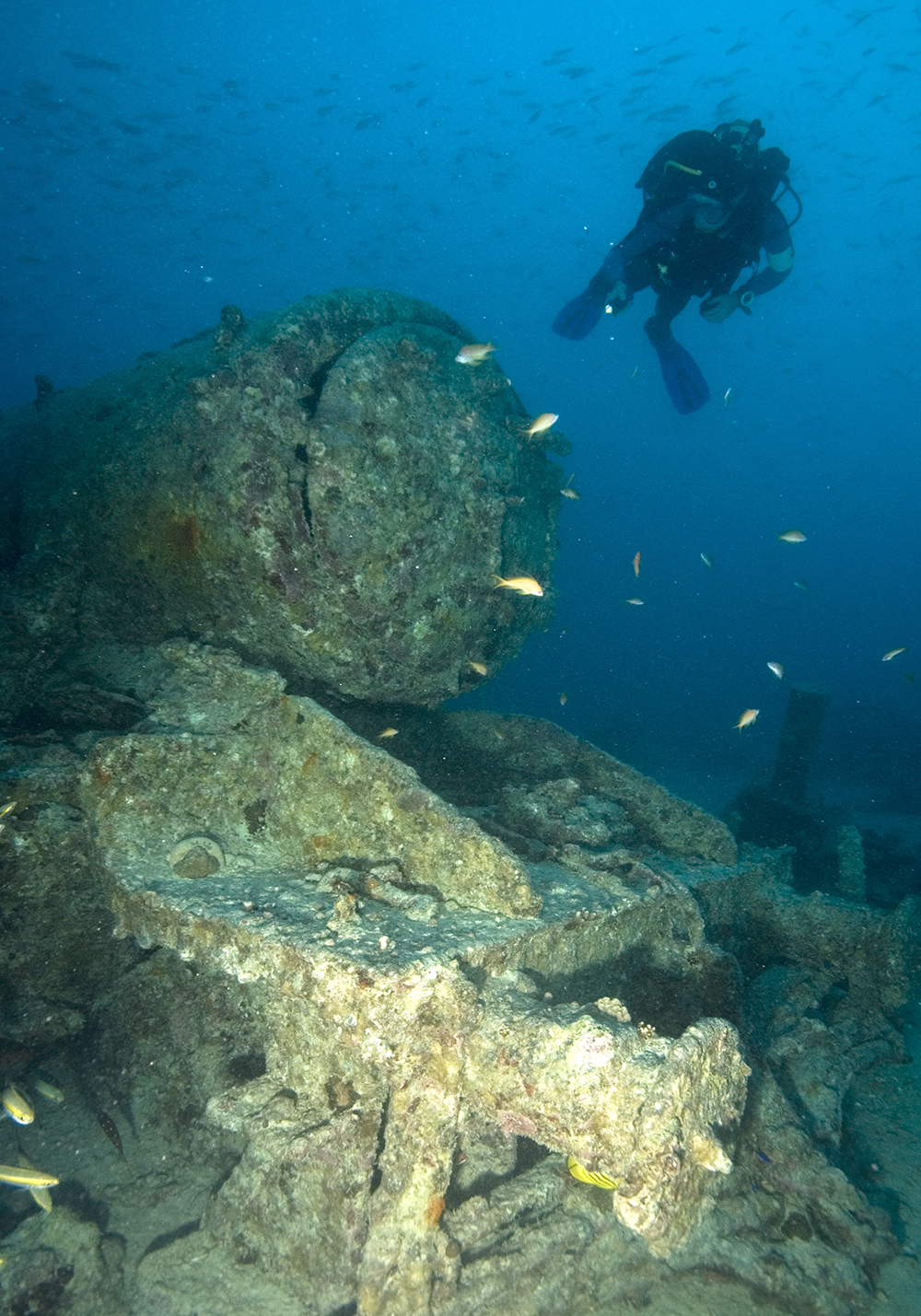 The Thistlegorm has since become one of the ‘top ten’ shipwrecks on pretty much every scuba divers’ wish list, not just for her fascinating history, but for the sheer amount and diversity of cargo she was carrying. This included: motorbikes, radios, trucks, aircraft wings, rifles, and enormous amounts of munitions (that contributed to her demise). 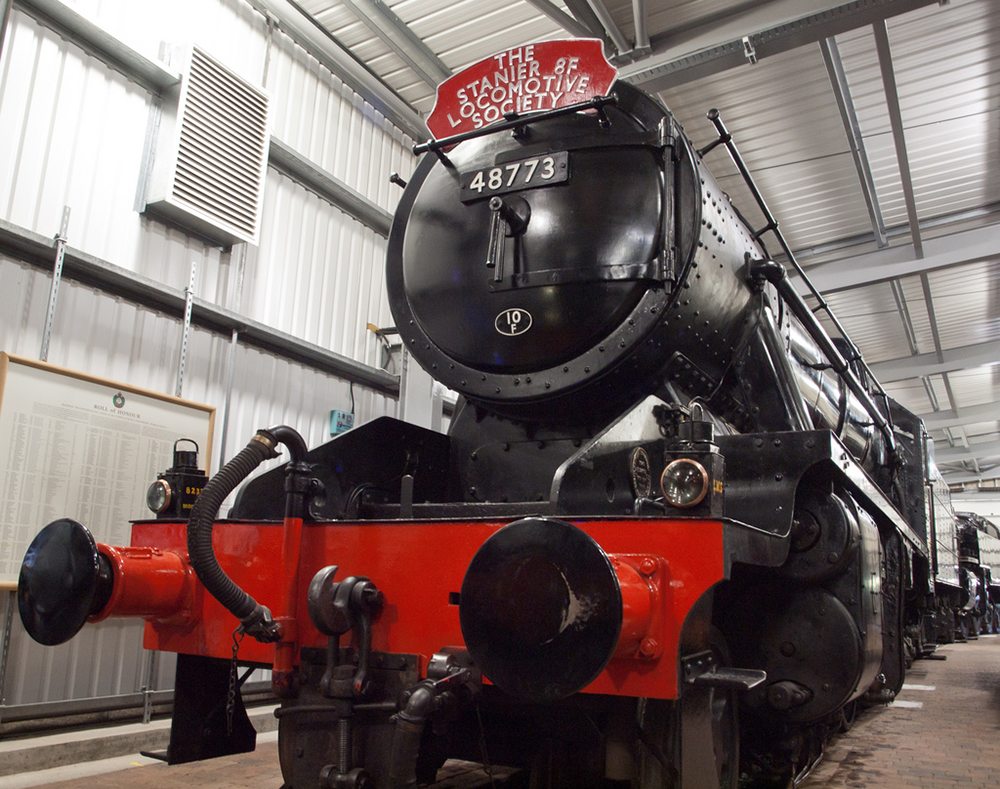 Of all her cargo, though, I am especially fascinated by the two steam locomotives she was carrying on her deck – which, when the bombs hit and detonated her cargo – were thrown through the air, and to rest upright on either of her flanks. This fact alone shows just how powerful the blast was; it takes a fair bit of energy to throw a seventy-odd ton steam loco through the air!

Parts of the two locomotives are scattered across the sea floor or have succumbed to decay, but enough of the front beam, smokebox, cylinders, and bogey survive on each, to make for quite a surreal dive experience. These images show the loco on the wreck’s port side, the one on the starboard side has an open smokebox door. The direction of the current often determines which locomotive can be visited on a dive; given their depth it’s not feasible to visit both on one dive, as both are at roughly thirty meters. 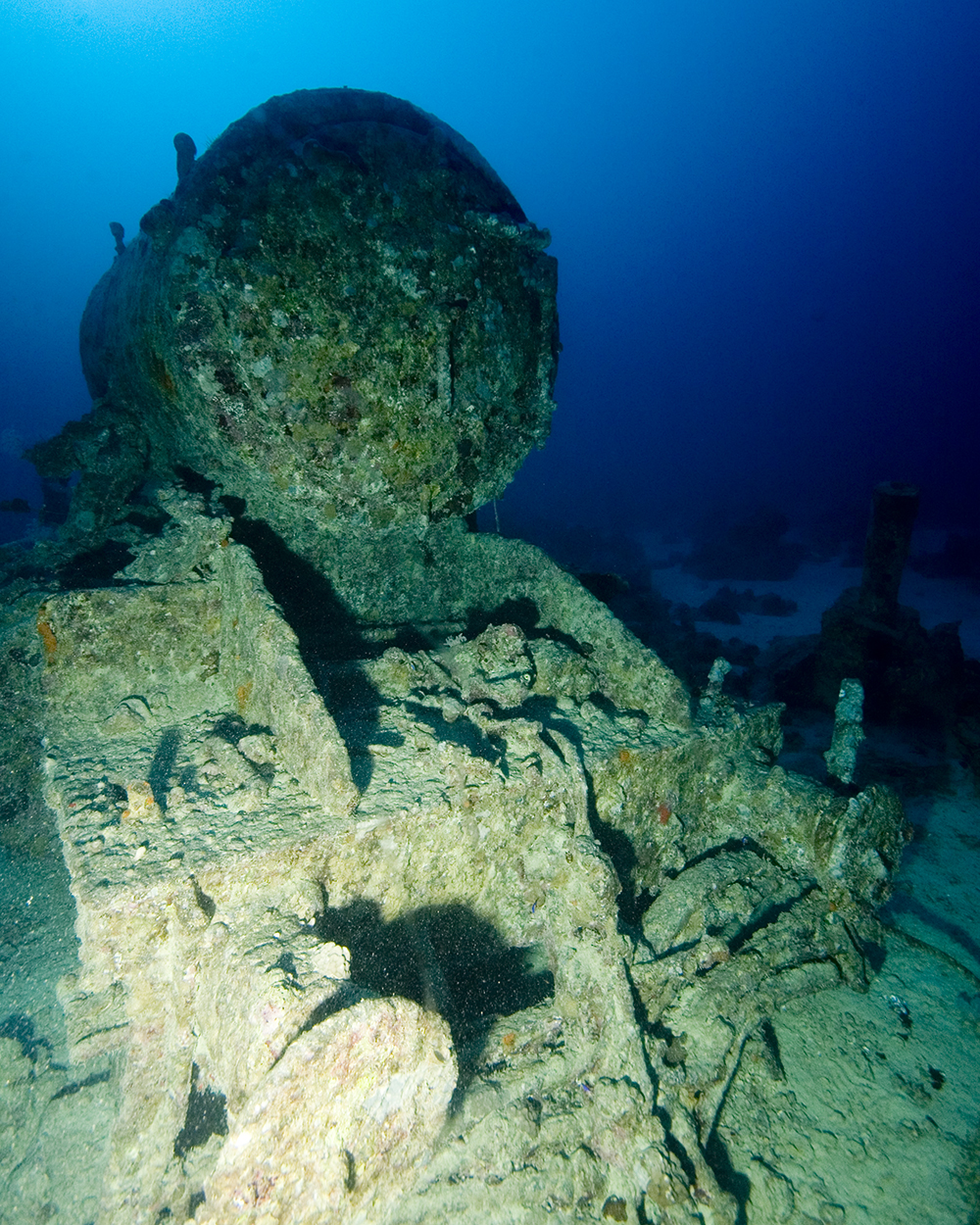 Given their depth, corals on the wreck are few and far between, but look closely at the image above and you can see an orchid dottyback, just to the right of the left-hand buffer.